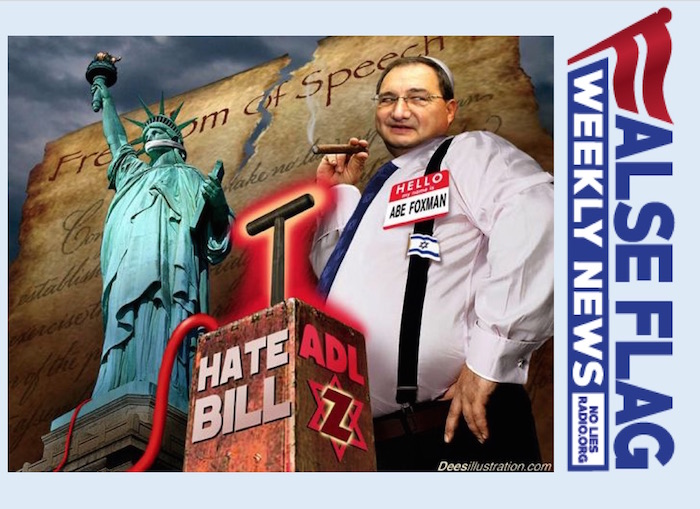 Watch FFWN above; click HERE for links to the stories, and HERE to support FFWN and my work.

Today’s episode of FFWN must have offended some powerful, corrupt individuals and entities. Today, exactly four hours and twenty-four minutes after the live broadcast ended, I received an email from my fundraising platform, GoFundMe: 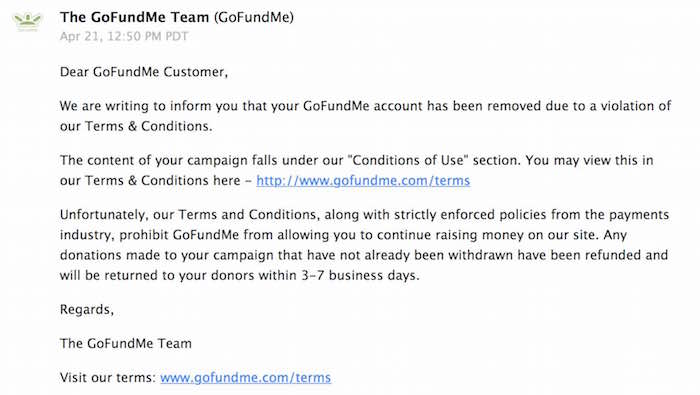 More than $1000 in donations was “refunded to donors.” Even worse, my biggest fundraising data base has been liquidated. I have been using GoFundMe during the past two years to raise funds for a variety of projects, including my books, translations, and conferences. Now the whole database of donors is gone. My account no longer exists.

The email from GoFundMe gives no reason for their decision to severely damage my ability to earn a living as an author, independent journalist, and radio/TV host. There were no warnings. No due process. No attempts to communicate, nor any channels of communication. Just the email you see above.

The USA pretends to be a free country. But try speaking truth to power here and see what happens.

In 2006, I lost over $2 million in projected lifetime earnings when neocon politicians witch-hunted me out of the University of Wisconsin for investigating 9/11. It had nothing to do with my teaching, which passed the University’s investigation with flying colors. No, I was witch-hunted for expressing my views of 9/11 on a radio show – views which I share with 80% of my fellow Muslims and about one-third of the American people.

Now no American university can hire me; they would take a huge financial hit and be subjected to the Zionist Inquisition. So now I support my family of four on $21 k per year income (paying about $8k of that in taxes) working as an independent scholar. But apparently my tormentors won’t even tolerate that.

I would like to keep making radio shows; authoring, editing, and translating books; participating in conferences; and co-hosting False Flag Weekly News.

Contact [email protected] . Tell them you wanted to donate to False Flag Weekly News at https://www.gofundme.com/false-flag-weekly-news-42817 but can’t because Dr. Kevin Barrett’s account has been terminated for political reasons, and political censorship has no place in a free society.

Meanwhile, please support my work through the paypal button at TruthJihad.com, and also through patreon.com/DrKevinBarrett .