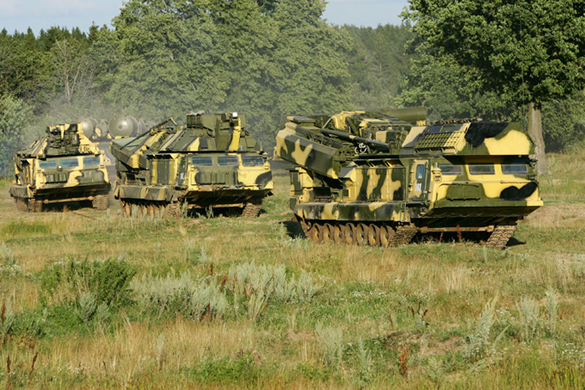 US-based RAND research organisation urged the Pentagon to assess a perspective of how NATO can suppress Russian missile defences in the Kaliningrad enclave in Europe. Should Russia take these calls seriously? It is hardly possible to unequivocally answer this question, given, inter alia, highly tense relations between Russia and the United States. Yet, it’s worth recalling another report from the same organisation that was published 15 years ago.

Regarding the most recent report, it tells of various scenarios and contingencies that the US Defence Department should assess. The report then proceeds to the threadbare myth about the “Russian threat” to Sweden, Estonia, Latvia, Poland and other states situated in the area of the Kaliningrad enclave. Noteworthy, RAND announced in 2016 that Russia would need 60 hours to “occupy” the three Baltic states. The report triggered quite a hysterical, yet a predictable reaction from the leaders of the Baltic countries.

According to the report, NATO needs to understand what role the Kaliningrad enclave can play with its strong missile defence system and how NATO can neutralise it. Naturally, the issue raises Russia’s response to what the country will inevitably consider as an attack on its territory.

A little distraction. One can imagine how much controversy a similar report would make in the West if it were prepared by a Russian think tank.

RAND (Research and Development) is a non-governmental non-profit organisation that started its activities in 1948 with designing aircraft and missiles. Afterwards, the organisation engaged in research on national security issues, including on orders from government agencies. Currently, RAND deals with a wide range of issues in its work – from engineering and programming activities to social sciences. In 2008, the budget of the organisation was evaluated at about 230 million dollars, according to unconfirmed data.

Naturally, an organisation with so many spheres of activity can not leave Russia aside. In this connection, it is worth recalling a story from the early 2000s.

In 2002, RAND experts published an analytical report with an intriguing title “Assessing Russia’s Decline: Trends and Implications for the United States And the US Air Force” (by Olga Oliker, Tanya Charlick-Paley).

According to the authors of the report, Russia had a number of signs typical of “failed” or “failing” states. “Moscow’s efforts to restore central government only indicate that most of it has  already been lost, perhaps irretrievably,” the report said. Even though the authors assumed that it was too early to assert that Russia could disappear as a state, they found a number of signs indicating Russia’s degradation. They included the absence of an effectively functioning economic system, the fusion of omnipresent corruption with criminal economy, the “privatisation” of state-run institutions and their use for personal security and enrichment, the moral disintegration of the army from top to bottom and its reducing combat capability.

Accordingly, “the degradation of Russia directly or indirectly affects interests of the US,” the authors of the report continued before assuming that Russia would ask the US for help, and US armed forces would have to operate on the territory of the Russian Federation or in neighbouring regions. Therefore, the report said, the US had to plan its actions and try to run practical cooperation with its Russian partners by, for example, holding military exercises in Central Asia or in the Caucasus.

Additionally, the US Air Force could take part in programs of cooperation between the Federal Office for Emergencies of the United States and the EMERCOM of Russia, which would allow to receive a better understanding of the situation in the country.

In case of a crisis in the US-Russian relations, the US Air Force was recommended to consider an opportunity to use adjacent states as front-line sites in resolving crisis situations in Russia.

One can thus estimate how the situation was developing further and to which extent the conclusions of the RAND report were justified. The most recent report from the organisation deserves a highly critical approach too, given the fact that no research institution will unveil any of Pentagon’s plans in advance.