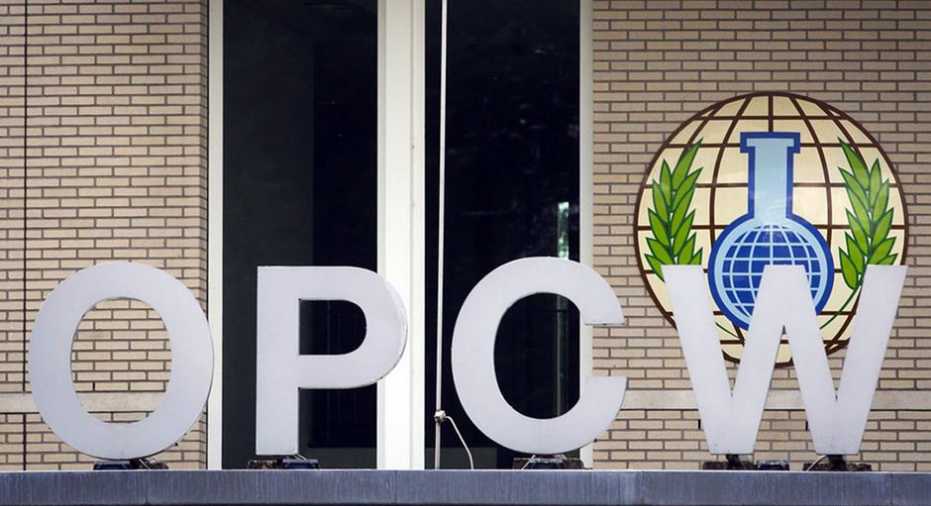 [ Editor’s Note: Now we have not only a highly probable fake gas attack in Idlib, but an investigation that is more fake than the attack itself. There has been little public outrage over the investigation scandal, mainly due to a steady string of other news stories that quickly become the problem of the day.

The Brits are getting ready for an election, and the EU leaked their tough negotiating stand to throw a huge political bomb into that process.

France is getting some “warm up” terror attacks in the most public of places. And Germany is being told it is sucking the EU and even the US up with its steady and growing trade surpluses. Its Foreign minister says “bull shit” to that, something we can print at VT.

China is distracted with the North Korea problem, but not Russia and Iran, which are being groomed as the country versions of Butch Cassidy and the Sundance Kid, via the childish comments now coming from the Pentagon’s General Mattis and Secretary of State Tillerson. This is turning into one hell of a scary leadership crew. Is the Trump disease spreading? …Jim W. Dean ]

Russian Foreign Minister Sergey Lavrov has slammed Western powers for the blocking of the proposal at the Organisation for the Prohibition of Chemical Weapons (OPCW) on investigating the alleged chemical weapon use in in Khan Shaykhun village in the Syrian province of Idlib.

“Yesterday, our joint proposal that OPCW experts visit the sites of the suspected chemical weapon use incident in Syria was blocked by western delegations without coherent explanations. This showed the complete incompetence of the positions of our western colleagues who basically prohibit the OPCW from sending their experts to the site of the incident, to the air base from where aircraft loaded with chemical weapons allegedly flew out,” the foreign minister said on April 21 at a joint meeting with his Chinese counterpart, Wang Yi, according to the Russian state-run news agency Sputnik.

Lavrov emphasized that no response has been received from the UK or France to Russian requests for detailed information on alleged chemical weapon probes taken in Idlib.

“I think we are very close to this organization [OPCW] being discredited,” he said, adding that “it is evident now that the false information about chemical weapons use by the Syrian state is being used to avoid enacting resolution 2254 that stipulates a political settlement. Instead, there is a move towards the long-standing plan for regime change. I’m certain that we must prevent it.”

On April 19, Director of the Armaments Non-Proliferation and Control Department at the Russian Foreign Ministry Mikhail Ulyanov said that no serious steps have been made to investigate the incident.

“We received the first reports [about the incident] 15 days ago, yet no serious action has been taken to investigate these reports. At any rate, we have no information about the OPCW representatives visiting the Khan Sheikhun area,”he said in an address to the special session of the OPCW.

“On the first day of this meeting, some delegations spoke as if the Syrian government’s involvement in the alleged chemical attack on Khan Sheikhun had been established beyond doubt. The United States not only placed the blame on the Syrian government but even meted out punishment without waiting for investigation results. Its missile strike on a target in a sovereign state was in flagrant violation of international law, including the UN Charter. There are grounds to describe it as an act of aggression. This is not a polemic attempt to hurt the American delegation. This conclusion is absolutely free of emotion and is based on the Definition of Aggression that was approved at the UN General Assembly in 1974. This Definition says clearly that acts that qualify as aggression include the “bombardment by the armed forces of a state against the territory of another state.” This is exactly what happened in Syria.

It is puzzling that a number of countries from among the closest US allies rushed to express their approval of this missile strike. Time after time, they point to its supposedly “proportionate” nature. “Proportionate” to what, I wonder? The presence or absence of chemical weapons on Shayrat airbase? In truth, a request to the OPCW to conduct an inspection at the airbase would be a proportionate response to suspicions regarding the presence of chemical warfare agents. This would make it possible to establish the truth in the shortest possible time, acting efficiently and strictly within the legal framework.

Unfortunately, the United States, as we see, does not believe in the effectiveness of the CWC mechanisms and prefers to act outside its legal field, resorting to gross violations of international norms instead. In all likelihood, the show of force and intimidation was the purpose of this illegal action, not the destruction of chemical weapons, the presence of which in Syria no one has so far proved.

To support its actions, Washington refers to it having absolute confidence in the culpability of Damascus. This is what our American colleagues themselves call “bad déjà vu.” We heard these same things from our American colleagues 14 years ago before the invasion of Iraq. In bilateral contacts, our American partners then – just as they do now – referred to allegedly reliable intelligence. As everyone remembers, this story had a disgraceful ending. Our American and British colleagues still have to wash off this stain. They should have learned the lesson. But no, they are doing exactly the same thing this time again, without even trying to make their position more credible.”

On April 19, the French foreign minister said that France’s intelligence services have evidence that the Syrian government was behind the alleged chemical attack on Khan Shaykhun earlier this month.

“There is an investigation underway… it’s a question of days and we will provide proof that the regime carried out these strikes,” Jean-Marc Ayrault told LCP television on Wednesday.

However, no proof has been provided so far.

The story looks like Washington’s “declassified report” on the same issue.