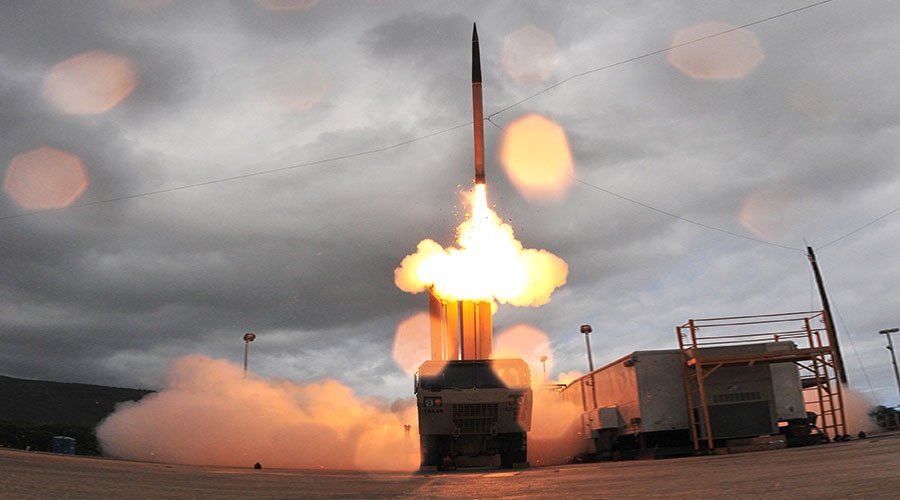 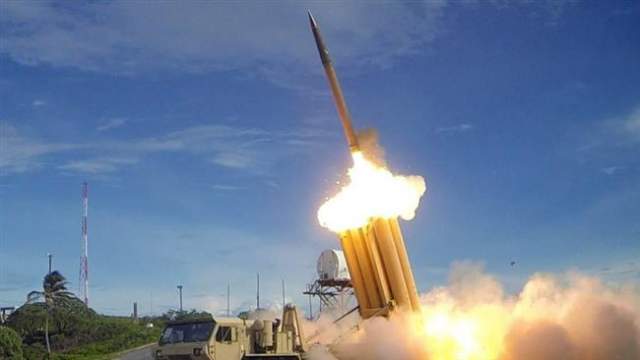 [ Editor’s Note: The pot is beginning to simmer between China and South Korea, with public animosity against the Korean deployment of the THAAD anti-missile deployment heading the top of the list.

Tourism both ways is being canceled, a special online “security update” communication service to keep Koreans advised on breaking events has been set up, and warnings to be security-conscious in their actions and words.

It is not like China is doing nothing about North Korea’s continued weapons testing. Its cutting off coal imports was an economic blow to the North. This happened right after the Mara-Lago meeting with Mr. Trump, an obviously coordinated item which included Trump appearing to publicly reverse himself on tagging China as a currency manipulator.

The real story that was lightly covered in Western media told the real reason. The Treasury Department report that Trump had asked for confirmed the opposite. China was not manipulating its currency. It had in the past, but had stopped several years ago. So Trump used this dead issue to get China to give him something in return, which appears to have been its canceling North Korean coal imports to put pressure on them.

We are seeing the pre-staging for terrorist attacks in this dispute that could be ramped up when someone wants to pull that trigger. But it will be anyone’s guess as to who would really be behind such attacks, as such things are mere child’s play for the major intelligence agencies, with patsies awaiting in bull pens all the time.

South Korea has enough domestic troubles as it is, with the unprecedented corruption case against its impeached president for shaking down Samsung for some hefty bribes. This is hardly a time to add gamesmanship with China to the list. Tensions are expected to remain high for some time. Let us hope they do not go ballistic, literally, as the ripple effect around the world would be felt quickly… Jim W. Dean ] 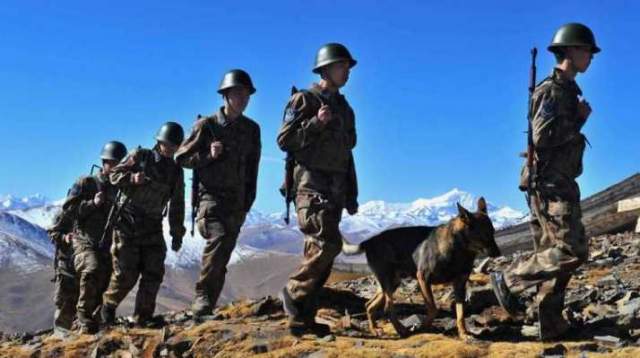 South Korean media has used the escalation of crisis in relations between China and South Korea, which has been all-the-more fueled in the wake of the deployment of an American missile defense system on South Korean territory, to regale the audience with stories about Chinese authorities and governmental agencies instigating hatred and rage against the Koreans. 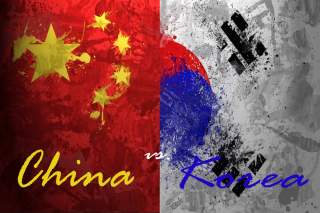 Thus, “according to some news sources”, there have been reports that at two gyms in Tianjin, several people were seen tearing the South Korean national flag.

Other reports allegedly suggest that a South Korean national flag with the inscription “Tread Down and Kill the Koreans” was discovered on the floor at one of the hotels’ in Shenyang, while the entrance to the bar at the same hotel was marked with the sign “No Entrance to Koreans and Dogs.”

As you may notice, specifics details, such as the name of the hotel, are missing from the narration. However, even without those heart-breaking incidents, it is obvious that there is a certain pressure and attitude against South Korea, which is in turn affecting this country in various ways, including a ban recently imposed on culture-related content from South Korea, while all tours to South Korea have been cancelled indefinitely.

It is worth recalling that in 2012, when China was awash with the same anti-Japanese sentiments, things got so out of control that even some acts of violence against Japanese companies were reported. At that moment, the same media outlets were enthusiastic in their description of the situation: “See! The Chinese people do not want Japan to re-write the history of their country! Today, the South Korean Ministry of Foreign Affairs expressed rigorous objection and called for the Chinese government to take urgent measures.

On March 28, the South Korean Ministry of Foreign Affairs expressed its official objection against ‘such inappropriate and unacceptable acts.’ A security team was installed at the Embassy of the Republic of Korea in China. A decision was also made to closely monitor the situation in China.

As for anti-Korean slogans, Press Secretary of the South Korean Ministry of Foreign Affairs Cho Zhong Hyok pointed out that Beijing had also agreed with the seriousness of the problem, and in connection with the persons involved in the incident, an investigation is being conducted.

Nevertheless, the consular department of the Embassy of the Republic of Korea in Beijing created a special account in the Chinese communication system WeChat to ensure the security of South Korean citizens who are in China. It should become a kind of channel that will promptly notify South Koreans living in China about the current situation with regard to their security.

At the same time, the Embassy of the Republic of Korea in China made an urgent notice of recommendation to its citizens to avoid places of rallies whenever possible, and to also refrain from participating in conflicts with the local population, as well as visiting places where there are large crowds of people or entertainment facilities.

In addition, it recommended its citizens not to take actions or statements that can provoke the Chinese, and to try not leave their places of residence at night, and also to always never travel alone, informing about the destination in advance.

However, the number of South Korean citizens in China is steadily declining, and this is due to the situation with tourism. On the one hand, on March 15, Chinese travel agencies stopped selling tickets to South Korea both in their offices and online.

In pursuance of the decision of the Chinese State Tourism Administration, adopted on March 2, a ban was introduced on group tours, stops at South Korean ports when embarking on sea cruises and the sale of foreign independent tours. In addition, Chinese airlines reduced the number of flights to South Korean airports, and the airlines of the Republic of Korea were forced to do the same because of the resulting reduction in passenger traffic.

According to calculations done by the Korean Development Bank, due to the decline in the number of Chinese tourists, the services sector and duty-free shops will lose 11.7 billion dollars. The profits of other industries that cater for tourists will be reduced by a total of another $ 8.3 billion.

In this regard, South Korean tour companies and duty-free shops are beginning to work to attract tourists from different countries, primarily the Middle East and South-East Asia.

The South Korean Ministry of Education has also recommended that school administrations refrain from traveling. A similar trend is observed among ordinary tourists. According to a representative of one of the travel companies, the number of bookings to China being canceled is increasing, even if they involve a fine.

As for the other ways in which this pressure is being applied, according to the South Korean Ministry of Food, in March, the amount of food exports from South Korea to China decreased by 5.6% year on year to $ 87.3 million, while the total exports in this category grew by 8.9%.

There are concerns being raised from among the core companies that such a decline is a direct result of the pressure measures from China: it became more difficult to export food products to the Chinese market, while South Korean core companies operating in China began to face various restrictive measures from local authorities.

In addition to economic pressure, the military is also coming into play. On March 13, the Chinese media reported on the deployment of the newest radar with a range of 3,000 km onto the territory of the Inner Mongolia Autonomous Region, directed towards South Korea and Japan and capable of tracking even stealth technology equipment and installations.

The Chinese side is also installing a radar with an active phased antenna array in Shuangyashan City District in Heilongjiang Province. Its range is 5.5 thousand km. In other words, in response to the deployment of the THAAD missile defense system in South Korea with an 800 km range radar, Beijing has begun installing radars with a much larger coverage area.

However, the subject of discussion should not revolve around the complete breakdown of economic ties. The symptomatic fact is that a Chinese consortium led by Shanghai Salvage has been carrying out the significant for Koreans work of salvaging and transporting the sunken ferryboat Sevo at a cost of 85 billion won since August last year.

In actuality, therefore, it is much easier to talk about Beijing’s equally oriented policy, in which it is seeking to defend its national interests. Moreover, University of Foreign Languages of Tianjin Professor Jian Lunfan notes the important fact that Chinese authorities would rather not allow full-scale anti-Korean protest actions to unfold in the country.

As he puts it, “Dissatisfaction within the Chinese society by the moves of the South Korean government in allowing the United States to place its missile defense system on South Korean territory is much, much stronger than it looks.”

Konstantin Asmolov, PhD in History, Leading Research Fellow at the Center for Korean Studies of the Institute of Far Eastern Studies of the Russian Academy of Sciences, exclusively for the online magazine “New Eastern Outlook.”