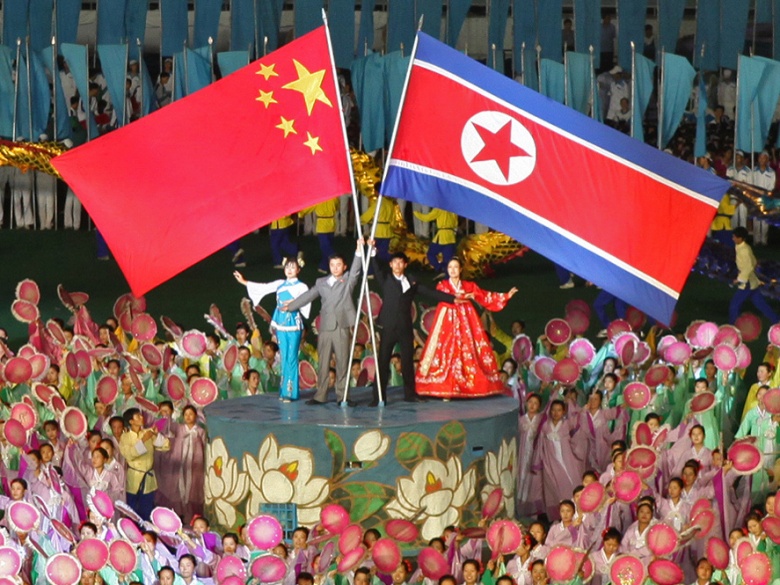 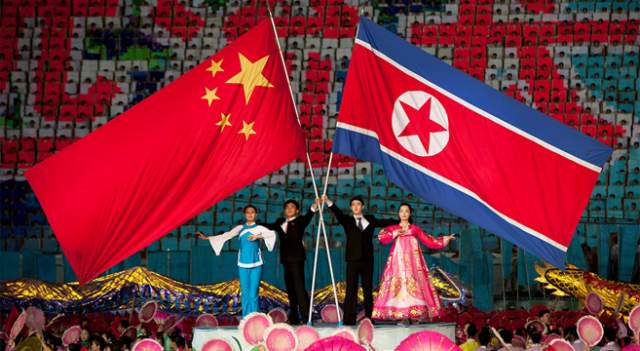 “As North Korea’s nuclear test site sits close to Northeastern China, Pyongyang must make sure its nuclear endeavors will not result in leakage or pollution that could jeopardize the health of the Chinese living in the region. If this line is crossed, any reaction from Beijing could be possible, and would inevitably alter China’s involvement in handling North Korea’s nuclear ambitions.” [ Editor’s Note: There are some surprising gems in this official Community Party editorial, including the direct threat to North Korea if its nuke program endangers Chinese in the region.

The Chinese also do not have any problem pointing out the flip-flopping policy statement, which Trump seems to find an amusing toy to play with, having different members of his administration adding nuances to US policy; everyone is learning that the policy could be changed the next day.

It is a quite rational piece. China has posed that NK stop testing and the US and South Korea stop holding large, joint military operations, but both have refused. China has said it would hope that the assured result of a NK retaliation on Seoul (and left unsaid, the US bases) would be enough of a deterrent against a US preemptive attack.

China also says in plain English that, if SK and the US were to cross the green line to seek a military overthrow of the current regime, China would intervene. This is very “Un-Trumpish” diplomacy, a bit of fresh air really… Jim W. Dean ]

Tensions continue to rise in the Korean Peninsula, despite North Korea‘s latest missile launch failure, and aircraft carrier USS Carl Vinson expected arrival in Korean waters 10 days later than originally planned. Furthermore, Pyongyang will likely conduct its sixth nuclear test and also launch an intercontinental ballistic missile. When taking those into account, any type of emergency situation could arise in the Korean Peninsula at any given time. 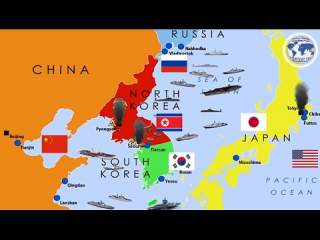 On Friday, US President Donald Trump, in using what is obviously his preferred sounding board to the public, tweeted, “China is very much the economic lifeline to North Korea so, while nothing is easy, if they want to solve the North Korean problem, they will.”

Obviously this was an attempt by Trump to apply pressure on Beijing in his own way, so that Beijing would inspire Pyongyang to give in once North realizes that its “economic lifeline” with China could be cut off.

The Trump administration has said on different occasions over the past week that they were “heartened” by early signs displayed by China. Trump even tweeted, “Why would I call China a currency manipulator when they are working with us on the North Korean problem?”

Trump also launched an investigation into alleged steel dumping in an effort to see if imports from other countries threaten US national security. What could be seen as an example of one hand not working with the other, Trump said that the investigation “has nothing to do with China,” whereas Commerce Secretary Wilbur Ross linked the investigation in part to a rise of Chinese steel imports.

Such contradictory remarks have sent a delicate signal that Washington is encouraging Beijing to help out while slowing down other options that could be used in the event US expectations are not reached.

Once again Beijing has found itself in a very difficult situation. On one hand, Beijing has made efforts to persuade Pyongyang that is unwilling to listen. On the other hand, China has proposed a “double suspension,” an initiative that seeks to have North Korea suspend nuclear and missile activities, and for the US and South Korea to also suspend large-scale military drills, but neither of the parties has been listening.

Neither side has been willing to consider much of anything outside of their own agenda, while also possessing sharply contrasting expectations from China. The current situation has only brought to light the enormous differences between the Chinese solution expressed by Trump versus the one envisioned by Beijing.

Judging from this thorny situation, it seems that the only remaining option for Beijing is to take only one step first, and then look around before taking another. Beijing will do what it should do, instead of doing something it does not want to do, or is unable to do.

The nuclear issue is essentially one that exists between North Korea and US / South Korea, but Pyongyang’s nuclear activities must not jeopardize China. As North Korea’s nuclear test site sits close to Northeastern China, Pyongyang must make sure its nuclear endeavors will not result in leakage or pollution that could jeopardize the health of the Chinese living in the region.

If this line is crossed, any reaction from Beijing could be possible, and would inevitably alter China’s involvement in handling North Korea’s nuclear ambitions.

As the upcoming nuclear test could potentially be hazardous to Northeastern China, sanctions imposed by Beijing within the United Nations framework will increase, thus dramatically decreasing the amount of petroleum exported to North Korea.

It is important here to keep in mind that a heavy reduction in petroleum export does not mean completely turning off the supply. Beijing will make sure the people of North Korea will not have to experience a humanitarian disaster. What the reduced amount of petroleum to North Korea should be is a question to be decided by the UN Security Council.

North Korea losing most of its petroleum supply would be nothing short of a heavy blow to its entire industrial system. It seems Pyongyang might be willing to pay such a price due to their uncompromising stance over its nuclear program, and would do so regardless of opinions heard from the rest of the world.

If harsh sanctions cannot stop Pyongyang from developing nuclear weapons and ballistic missiles, Washington and Seoul need to reflect deeply over how much they have contributed to Pyongyang’s nuclear program obsession. If Washington refuses to probe deeper into this overall issue and only replies with military force, a word that has not been used in over half a century within the common vernacular of the Korean Peninsula will return, and that word is “war.”

Of course China is adamantly against engaging in war, but opposing it is not enough. Like the world’s other major powers, it must always be ready for war of any kind. Then Washington and Seoul would not have effective ability to threaten Beijing with war, and would respect and consider Beijing’s suggestions on a greater level.

Now would be a good time for Beijing to brief Washington on its pre-established position should a war break out. If Pyongyang’s unwavering pursuit of its nuclear program continues and Washington launches a military attack on North Korea’s nuclear facilities as a result, Beijing should oppose the move by diplomatic channels, rather than get involved through military action.

It would be in Washington’s best interest if it would take into full consideration the high level of threat that could emerge over a revenge attack on Seoul carried out by Pyongyang. Such a revenge attack would be too heavy for Washington and Seoul to withstand.

However, if US and South Korea armed forces cross the Korean Demilitarized Line in a ground invasion for the direct purpose of annihilating the Pyongyang regime, China will sound its own alarms and ramp up their military immediately. Beijing would never sit back and watch foreign military forces overthrow the Pyongyang regime. If it has not done so already, Beijing will rather quickly illustrate their overall position in a  clear fashion to both Washington and Seoul.

China opposes North Korea’s nuclear program, and also opposes changing the status quo of the Korean Peninsula through military force. China should work closely with the US and all related parties in order to inspire Pyongyang to cease its nuclear activities. China should also stick to its bottom line to the end, no matter the expense. Right now more than ever, China has the power to remain steadfast with its own agenda without having to bend its knees to foreign pressure, and this is the underlying stance supported by millions of Chinese people.