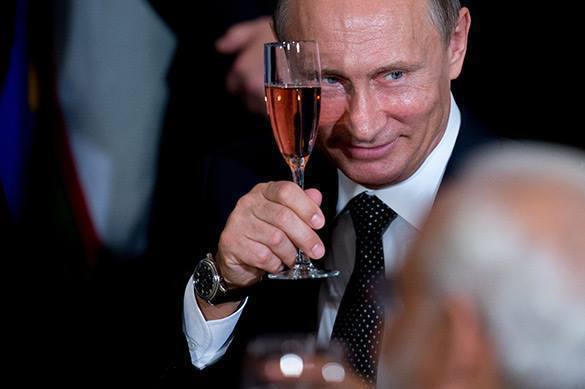 Russian President Vladimir Putin has been losing control over his inner circle, Russian and foreign publications say. Although not all of them are ready to talk about it in the affirmative, some still doubt. Let’s add some food for thought here.

For example, Republic.ru publication has recently published an article with a headline “The Tumbling Towers. Is Putin losing control over his inner circle? ” The article concludes that Putin has built a system that does not hold water.

Putin is said to be losing control over a variety of things on a regular basis. Below is the top ten list of the things that the Russian president “has not been able to control” in different years of his stay in power as president and prime minister.

“Putin can no longer control situation in the Kremlin” (The Financial Times, May 2005);

As can be seen, there is a variety of reasons for Putin to “lose control” over, and the list above is not the full one, of course. Skepticism in the validity of this thesis may climb too high and lead to another one – the “palace coup,” an inevitable one, of course. Usually, such publications appear after the arrest of a high-ranking official or the head of a large company.

“With no intention of being deposed in a palace coup, Putin has gone on the offensive, striking the Russian political elite off-balance through mass dismissals and early elections. This threatens to disrupt established patronage networks and political stability across Russia,” Newsweek wrote in the summer of 2015 against the backdrop of a criminal case against top managers of Rosnano Corporation.

There are experts inside and outside Russia, who specialize in forecasting the inevitability of the collapse of the regime. For example, Mikhail Kasyanov, the leader of Parnas Party, predicted in December 2008 that in March-April of 2009, Russian citizens will be shocked to realize where the government has taken the country.” In January 2009, however, Kasyanov postponed the peak of the people’s protest till March-April 2010.

There is another “prophet” – Garry Kasparov. In 2012, he predicted a massive social explosion in Russia to occur during the next two to three. All those and other similar predictions are quite convenient for those who make them, because they do not envisage any responsibility for those individuals. One may assume that we will soon hear more statements about the fall of the regime and palace coups. The floor is yours, so to speak.