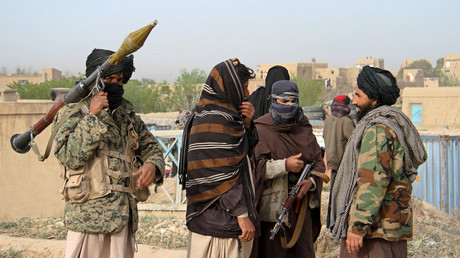 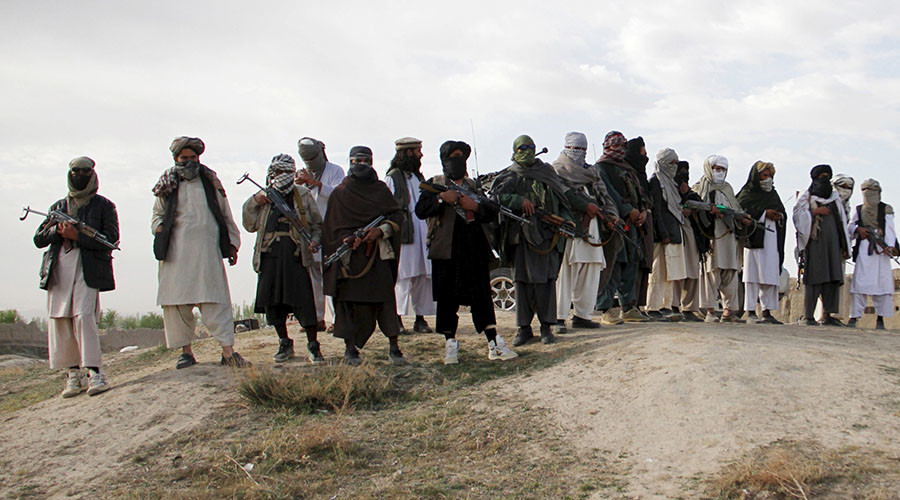 US Defense Secretary Jim Mattis has said that Washington “will confront Russia” after a top US military commander claimed Moscow is “sending weapons” to the Taliban. No specifics or evidence were provided to support the claims which Moscow has previously denied.

Speaking at a joint press conference with Mattis in the Afghan capital of Kabul on Monday, the head of the US and international forces in Afghanistan, General John Nicholson said the US “continue to get reports of this [Russia’s] assistance” to Taliban insurgents.

The NATO commander, who Mattis praised as “one of our most experienced officers in the field and one of our most serious strategic thinkers,” was asked “to address the influx of Russian weapons into Afghanistan and showing up in Taliban hands” by a journalist from the Washington Post. 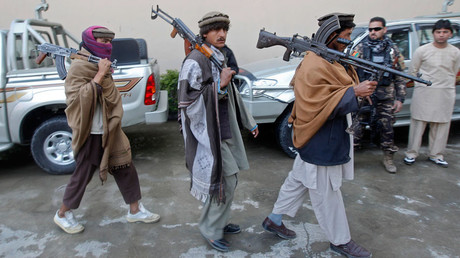 The general didn’t exactly answer the question of what the Pentagon was “going to do to stop the Russians from sending these weapons,” but said he was “not refuting” the accusation.

Earlier in the day, a senior US military official speaking on condition of anonymity, told reporters in Kabul there was intelligence data suggesting Moscow is allegedly providing machine guns and other medium-weight weapons to the Taliban, AP reported.

Addressing the issue at the briefing, Mattis said Washington “will engage with Russia diplomatically,” and is “going to have to confront Russia, where what they’re doing is contradictory to international law or denying the sovereignty of other countries.”

“Any weapons being funneled here from a foreign country would be a violation of international law,” the US Defense Secretary, who is in Afghanistan to talk to President Ghani and his ministers “directly and at length” after President Trump “directed a review of [US] policy in Afghanistan,” added.

Despite the US combat mission against the Taliban having ended in 2014, there still are nearly 10,000 US troops in Afghanistan, providing assistance to Afghan forces. Nicholson has recently asked Congress for a few thousand more troops to be deployed to the country, AP reported.

“The Russians seem to be choosing to be strategic competitors in a number of areas,” Mattis said on Monday, without giving any specifics on the allegations of Moscow supplying the Taliban.

“We’ll continue to stand shoulder to shoulder with Afghanistan against terrorism and against those who seek to undermine the legitimate UN recognized government of this nation,” Mattis told the media.

Mattis’ meeting with Afghan President Ashraf Ghani happened just hours after the Afghan defense minister resigned over Friday’s massacre at a military base, in which over 140 personnel were killed. The attack in northern Balkh province became the biggest ever on a military base in Afghanistan.

It’s not the first time Washington has been throwing accusations of Russia arming Taliban insurgents, with Moscow saying such “utterly false assertions” are “not even worth a reaction.”

The charge is Washington’s attempt to cover up for “the failure of the US military and politicians in the Afghan campaign,” the Russian Foreign Ministry has said.

Moscow maintains ties with some Taliban officials in order to push for peace negotiations. Also on Monday, Moscow reiterated its eagerness to assist the political process in Afghanistan, following the deadly attack on the military base.

The incident supports “most pessimistic predictions for a new combat season in Afghanistan,” the Russian Foreign Ministry said, adding that the bloodshed in the country shows no signs of abating “despite years-long presence of NATO military contingent and massive financial injections from international donors into strengthening the potential of Afghan security forces.”

Friday’s massacre “yet again” shows that peace talks and direct dialogue between the current government of Afghanistan and the Taliban, which ruled the country until the US-led invasion in 2001, need to be “launched as soon as possible,” the ministry added.

In April, Washington failed to attend an international conference hosted by Moscow, where 11 nations discussed ways of bringing peace to Afghanistan.

Participants in the event reiterated their support for a peaceful transition in Afghanistan, calling for Kabul to be supported in moving in that direction. The US branded the multi-national effort a “unilateral Russian attempt to assert influence in the region.”

Commenting on the situation in Afghanistan, which borders several former Soviet republics, Russia’s President Vladimir Putin said that Moscow “very much counts” on the position “not to have to use military forces” in the region “ever.”

“By helping the legitimate government of Afghanistan together with other participants in the peace process, we expect that in the end we will reach reconciliation and pave the way for Afghanistan to peacefully solve all its internal issues,” Putin said in an exclusive interview with the MIR 24 TV channel on Sunday.