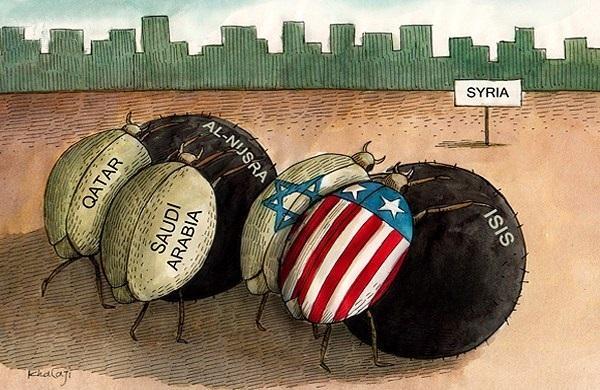 Richard Silverstein of the Jewish magazine Tikun Olam has taken the cat out of the bag and has reported what we have been saying for months: Israel and ISIS are concentric circles in Syria. Quoting former Israeli Defense Minister Bogie Yaalon, Silverstein reported:

“…Within Syria there are many factions: the regime, Iran, the Russians, and even al-Qaeda and ISIS.  In such circumstances, one must develop a responsible, carefully-balanced policy by which you protect your own interests on the one hand, and on the other hand you don’t intervene.  Because if Israel does intervene on behalf of one side, it will serve the interests of the other; which is why we’ve established red lines.

“Anyone who violates our sovereignty will immediately feel the full weight of our power.  On most occasions, firing comes from regions under the control of the regime.  But once the firing came from ISIS positions–and it immediately apologized.”[1]

“The attack he refers to was never reported in Israeli media.  Either the information was placed under gag order or under military censorship.  It was suppressed most certainly because both the firing by an Israeli Islamist ally on Israeli territory and ISIS’ apology would embarrass both Israel and the Islamists.

The plot thickens again: Western leaders who actually support Israel’s war in Syria are actually supporting ISIS. We don’t need to mention John McCain and Lindsey Graham here, since we all know that they are terrorist apologists in the United States. We don’t need to expand on Trump’s deceptive method, since we all know by now that he sold America to Israel and the Neoconservatives. 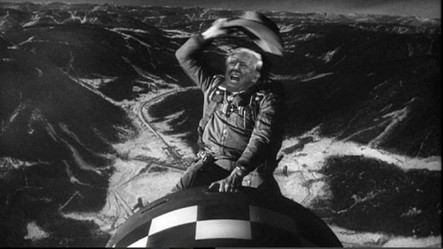 We don’t need to emphasize that he is also conniving with Deep State, which he had vowed to deconstruct during his election. Trump has recently had a meeting with UN officials and has suggested that they should have taken actions in Syria and challenged North Korea.[3] Why?

Well, because the Israeli regime again has perversely and diabolically convinced the Trump administration that Syria and North Korea are regimes that need to be expunged. And any country that supports either Syria or North Korea will indirectly be attacked by the U.S. It has been reported that the Pentagon is working tirelessly to hack North Korea’s weapons systems.[4] It seems like Trump is working tirelessly to please his bosses in Tel Aviv.

The vast majority of Americans will never benefit from these diabolical manifestations, which always promise “democracy” and “freedom” throughout the world but always end up delivering the opposite. In the end, the US and Western leaders are helping Israel. They want to give much of the Middle East to the regime, which never ceases to plunder and massacre Palestinian men, women, and children.

[3] Mythili Sampathkumar, “Donald Trump attacks UN officials over North Korea and Syria ‘failures’ as they sit beside him,” Independent, April 23, 2017.