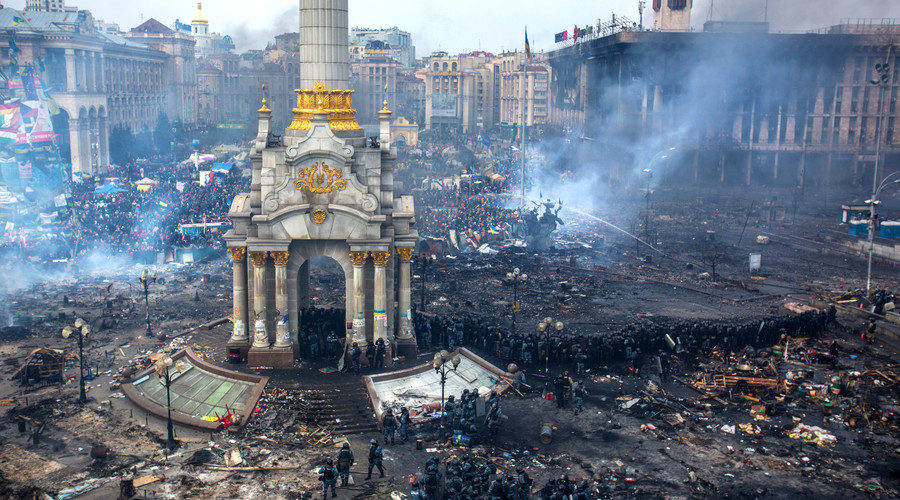 [ Editor’s Note: The worm seems to be turning on US-Ukraine relations with this story on major cutbacks in US financial support, but with a caveat. There is no mention of any military cutbacks, just in “reform” and economic aid.

The back drop for this was Trump’s plan to fund his military upgrading by grabbing the huge US State Department slush fund of $54-billion in annual aid, one hell of a bribe kitty to work with.

If anyone knows about looting projects, it is Mr. Trump, so the days of the Kiev elites looting this US aid money while the country spirals down might be coming to an end. As for the military aid we will have to see. The US has been successful with its extensive NATO expansion into the Baltic countries, with the F-35s being sent to Estonia as a display of US state or the art firepower in the Russian border.

US radars in Romania, and soon to be in Poland, plus the ship versions, can see deep into Russia now, with Moscow receiving no such cooperation with  Canada and Mexico. The US threat to Russia is clear, while the Russia threat to the US is of course make believe.

The Russian economy can only support a defense. It could never sustain an attack on the forces arrayed against it. So what we have is one of the most evil fake news twistings in our history, where US policy wonks present a country targeted by the US, who can actually defend itself, as a “threat”. Our corporate media goes right along with the scam, like anyone we have outgunned in defense spending ten to one, with our own forward deployment of 750 bases could be an international threat to us.

But as long as Americans lap this slop up, the military industrial crowd m Neocons and Deep State actors will continue to throw it out there, as we seem to have quite an appetite for it, with VT readers excluded of course… Jim W. Dean ] 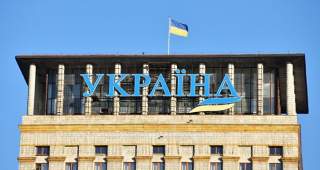 In an interview with Sputnik, Russian political scientist Boris Shmelev described Washington’s decision to considerably cut its financial assistance to Ukraine as a sort of signal to Kiev.

The interview came after the magazine Foreign Policy reported that the administration of US President Donald Trump is considering a proposed project stipulating a reduction in overall foreign financial assistance in fiscal year 2018, including a significant cut in aid to Ukraine.

The news outlet quoted the State Department budget document as saying that Ukraine is facing a 68.8 percent reduction in the US financial aid that had been allocated to it to revive its economy and implement reforms.

Speaking to Sputnik, Boris Shmelev of the Institute of Economics of the of the Russian Academy of Sciences said that such a significant cut in US financial assistance to Kiev once again indicates that Ukraine is not among the current US Administration’s top foreign policy priorities.

In any case, it is too early to speak of the Trump administration finally elaborating its foreign policy concept, according to him.

“However, it seems that from the point of view of this administration, Ukraine and the Ukrainian crisis are Europe’s headache. In other words, Washington believes that it is Europe, the EU and Germany in the person of Chancellor Angela Merkel that should deal with resolving the Ukrainian crisis,” Shmelev said. 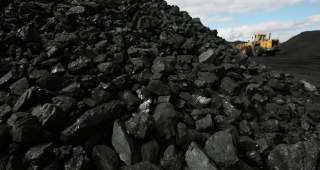 He referred to America’s “global commitments,” such as the Syrian crisis and the situation on the Korean Peninsula, where he said the US is seeking “to show its worth.”He also did not rule out that the reduction in US financial assistance to Ukraine could be seen as a kind of signal to Kiev.

“It is a sort of pressure on Kiev because they demand that the Minsk peace agreements should be implemented. Of course, it is possible to constantly blame Russia for allegedly blocking the implementation of these agreements, but one should keep in mind that Moscow is not a party to the conflict in Ukraine,” Shmelev pointed out.

He also drew attention to the fact that as for Europe, it is already tired of the endless Ukrainian crisis and Kiev’s inconsistent position on the matter.

He recalled that the situation in Ukraine is expected to top the agenda of talks between Chancellor Angela Merkel and senior Russian officials during her visit to Moscow in early May.

“Of course, it is too early to predict how these talks will wrap up but it’s clear already now that Europeans are concerned about and tired of the Ukrainian crisis, which shows no signs of abating. During the talks, Ukrainian President Petro Poroshenko says one thing but under the influence of the [country’s] radical forces does quite the opposite,” Shmelev said.

In February 2015, the Kiev forces and supporters of Donbass independence in eastern Ukraine signed a peace agreement in the Belarusian capital of Minsk.

Enough is Enough! … US ‘Tired of Ukraine’, Wants to Distance Itself From Kiev

The deal stipulates a full ceasefire, the withdrawal of weapons from the line of contact in Donbass, as well as constitutional reforms that would give special status to the Donetsk and Lugansk People’s Republics.Despite the agreement brokered by the Normandy Four states (Russia, France, Germany and Ukraine), the ceasefire regime is regularly violated, with both sides accusing each other of multiple breaches, undermining the terms of the accord.