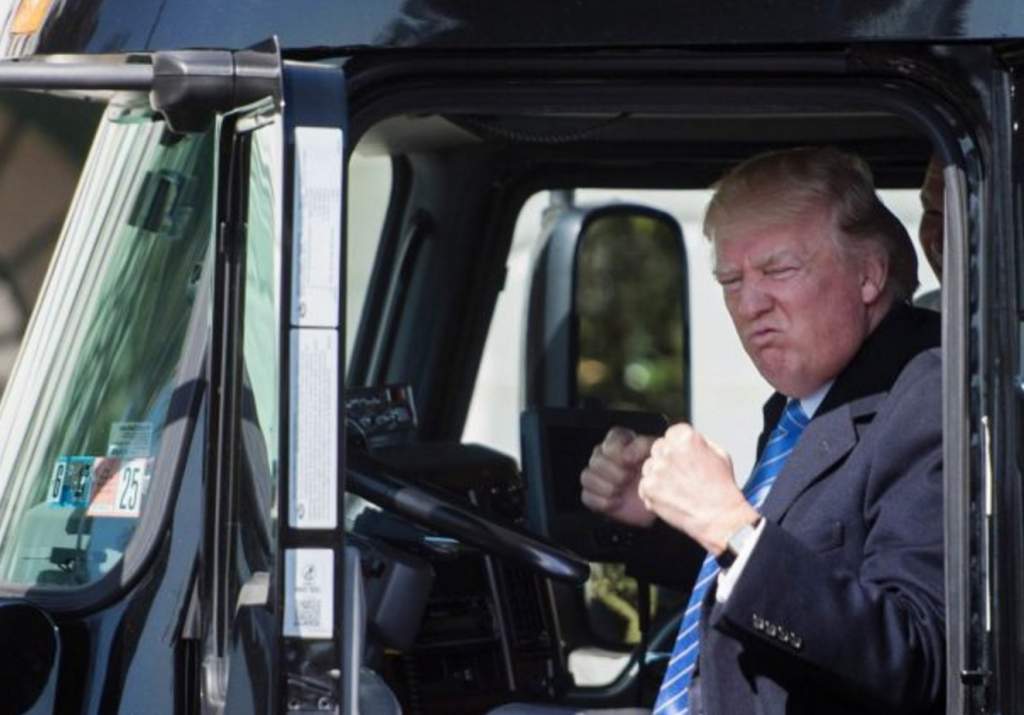 Editor’s note: It was Tillerson that had to go to Russia, hat in hand, and explain that his boss had gotten buzzed up, showing off for the Chinese president, stuffing himself with cake and drunk, we are never told about that but he certainly looks like a drunk.  When Russia abruptly ended air coordination after the failed US attack on a Syrian base, dozens of Tomahawk missiles splashing harmlessly into the Mediterranean, America’s games in Syria came to an end.

When and it was “when” an American plane would be downed, and it was already in motion, Trump would be blamed.  The US is really powerless against Russia militarily.

It was this blunder that led Erdogan into a week of air attacks on the US ground units inside Syria.  What a humiliation.g

Sputnik/Moscow: The collapse of Russo-American collaboration over flight safety in Syria turned out to be a painful experience for the US, Russian academic Nikita Danyuk suggested in an interview with Radio Sputnik, adding that it is unlikely that Washington will continue to infringe on the Syrian state.

Russia’s Izvestia newspaper reported Tuesday that following the request of US Secretary of State Rex Tillerson Moscow restored the memorandum of understanding on flight safety over Syria concluded between the US and Russia in 2015.

Commenting on the issue, Nikita Danyuk, Deputy Director of the Center for Strategic Research and Prognosis at RUDN University, told Radio Sputnik that it appears that the collapse of cooperation between Russia and the US was painful for Washington.

“The restoration of the memorandum comes as a signal that, most likely, the US will no longer make efforts to infringe upon the Syrian state. Apparently, they understand that their combat operations against terrorists in Syria won’t work without coordination with Russia,” Danyuk said.

“By maintaining a negative background in its relations with Russia the US risked exacerbating the situation,” the Russian academic noted.

“I believe that if such provocations [on the part of the US] happen again, then, obviously, there will be no room for trust [between Moscow and Washington] or in a potential alliance against terrorism,” Danyuk said.

According to Izvestia, the decision to restore the memorandum was taken on April 13, after Tillerson’s official visit to Moscow.”Rex Tillerson asked Russia to reinstate the agreement while in Moscow,” a Russian Foreign Ministry source told the media outlet.

The memorandum features specific instructions for pilots which ensure flight safety amid Russia and the US-led coalition’s parallel campaigns. A round-the-clock communication channel was also opened between the two countries’ military personnel.

The mechanism was officially suspended on April 7 following the US massive missile strike against the Syrian government forces’ Shayrat Air Base. The Pentagon launched 59 Tomahawk cruise missiles at the airfield used by the Syrian Arab Army for its fight against terrorism in the region.

According to the White House, the attack was a response to the alleged use of chemical weapons in Syria’s Idlib province on April 4, which resulted in the deaths of over 80 people. Washington blamed the incident on the Syrian government, although no evidence proving the claim has been provided since then by the US.

Ahead of the attack Moscow warned the international community against leaping to the conclusions and called for an impartial investigation into the Idlib chemical incident.

It appears that the Russian Defense Ministry decision came as a bolt from the blue for the Pentagon: on the same day, Pentagon spokesperson Michelle Baldanza told Sputnik that the US Department of Defense still wants to communicate with Russia.”The Department of Defense maintains the desire for dialogue through the flight safety channel,” Baldanza said. “It is to the benefit of all parties operating in the air over Syria to avoid accidents and miscalculation, and we hope the Russian Ministry of Defense comes to this conclusion as well.”

On April 14 Kremlin spokesman Dmitry Peskov specified that Russia will continue to communicate with the US within the framework of the memorandum only “on the condition that such [US] unpredictable actions aren’t repeated,” referring to Washington’s attack against the Shayrat airfield in Syria launched under false pretenses.