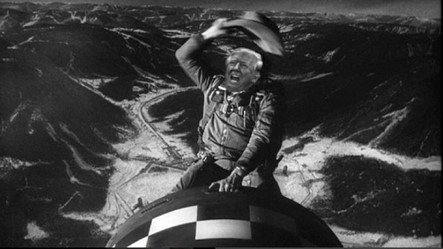 The current conflict with North Korea suggests that there are some ideas that are so dumb that only a Neocon Puppet or NWO agent will believe them. Rex Tillerson and other US officials really believe that North Korea, a country that is smaller than most of the states in the US, intends to attack America, Japan and China without provocation.

Admiral Harry B. Harris Jr., Commander of US Pacific Command, has postulated that “the North Korea crisis is real – and the US must assume Kim Jong Un intends to launch nuclear attacks on America and its allies.”[1] Harris declared:

“There is some doubt within the intelligence community whether Kim Jong Un has that capability today or whether he will soon, but I have to assume he has it, the capability is real, and that he’s moving towards it.”[2]

Texas is almost six times as big as North Korea, and Kim Jung-un would be a complete idiot if he thinks that he could possibly survive a war with the United States, Japan, and China. His regime would be thrown in the trashcan of history within a matter of days or hours.

The fact is that Kim Jung-un is not as irrational as the Zionist media and NWO agents have said he is. As the prodigious scholar Andrei Lankov of Kookmin University (South Korea) has pointed out,

“The Kims are the ultimate political survivors, hard-edged rationalists whose actions have always had a clear purpose: keeping the family in power. Seeing them as madmen is not only wrong, but also dangerous; any successful policy should be based on understanding the logic of the opposite side, not on discarding it as ‘irrational.’

“Seeing the Kim family as lunatics with nukes makes them more threatening, and raises the risk of war, but it can also promote unrealistic expectations of compromise — if only the North “comes to its senses.”[3]

But Tillerson and other marionettes think that North Korea is the new “axis of evil” that needs to be expunged once and for all. According to the prevailing vision, North Korea is bad, sad, and mad. “With each successive detonation and missile test North Korea pushes northeast Asia and the world closer to instability and broader conflict,” Tillerson said. “The threat of a North Korean attack on Seoul or Tokyo is real.”[4]

It seems that there is more here than meets the eye and ear. The United States has been saying that South Korea must pay for an anti-missile system (Terminal High Altitude Area Defense, or THAAD) for years.[5]

The Trump administration, which is now run by the Neocons and the Israeli regime, probably sees that the conflict between the US and North Korea is a perfect occasion to build a Neoconservative kingdom in Asia. After all, if North Korea is not a threat, what’s the point of spending billions upon billions of American tax dollars on missile defense systems in Asia?

The Trump administration obviously perceives that the American people would never approve such a pointless enterprise. As we have seen in previous articles, some voters took Trump seriously precisely because they thought he was going to get them out of the Neocon misery and lead them to the promise land, where “America First” would be essential to US foreign policy.

By attacking Syria and inventing a conflict with North Korea, Trump has obviously grabbed his own voters by the hair of their heads and dragged them back to their oppressors, namely, the Neoconservatives and the Israeli regime. In fact, it was Israeli officials who postulated that “North Korea presents the greatest threat to global security.”[6] For the Israeli regime, North Korea committed an unpardonable sin when they declared in 2015 that Israel represents “dictatorial forces for aggression that trample down the legitimate right of the Palestinian people,” and it seems that the Israeli regime has never been able to forgive North Korea ever since. The Trump administration, as a puppet government, had to side with Israel and invent a superficial conflict with North Korea.

“Mr. Trump has also accused South Korea and Japan of not paying enough for an American military presence. More recently, South Koreans have grown anxious over repeated warnings from Mr. Trump’s top aides that military options are not off the table in Washington’s dealing with North Korea. Some Koreans fear that the United States might attack North Korea’s nuclear facilities, setting off a war that could devastate Seoul.”[7]

South Korea has responded by saying that it would be an “impossible option” to pay for a system that would cost billions of dollars.[8]

South Korea should stick by its gun and challenge the Neoconservative ideology, which has obviously been a disaster to the entire world. As Russian lawmaker Konstantin Kosachev puts it,

“America [the Zionist ideology] objectively poses a greater threat to peace than North Korea. The entire world is scared and left guessing if it strikes or not.”[9]

Kosachev is getting closer and closer to the truth. By rejecting Logos and all its metaphysical manifestations, the Israeli regime has inexorably rejected the entire human race. A man I highly admire said something similar in the first century. The descendent of the Israeli regime, he said, “both killed the Lord Jesus, and their own prophets, and have persecuted us; and they please not God, and are contrary to all men.”

[9] Quoted in Amanda Devlin, ‘US SCARES THE ENTIRE WORLD’ America is a bigger threat to world peace than North Korea, claims Russian lawmaker,” The Sun, April 14, 2017.