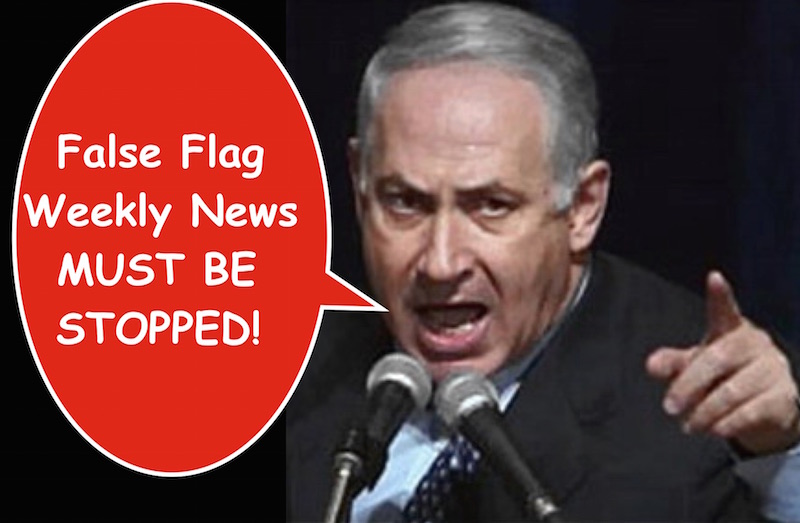 Watch FFWN above; click HERE for links to the stories, and HERE to support FFWN and my work.

First story: My lawyer Bruce Leichty just sent a demand letter to GoFundMe’s CEO Robert Solomon, and “VP of Customer Happiness” Greg Smith. The letter serves notice that GoFundMe must reinstate my account (including my donor database), return the more than $1000 they stole, compensate me for damages to my independent media operation, and apologize to me and my donors. GoFundMe appears to have committed breach of contract, conversion of property, civil rights violations, and “an unlawful larcenous act (within the definition of ‘grand theft’ under California penal code)” among other crimes and torts.

GoFundMe “nuked” my fundraising platform two weeks ago, apparently in response to the tremendous success of False Flag Weekly News and its new fund-raiser. They vaguely cited unexplained “terms of service violations.”

Second story: Professor Tony Hall has finally obtained what appears to be a copy of the complaint lodged against him last fall – by his own University of Lethbridge Administration, apparently led by Mike Mahon under the guidance of B’nai Brith – to the Alberta Human Rights Commission (AHRC). In essence, the complaint argues that it is a crime in Canada to study and discuss false flag terrorism, especially in relation to Israel. The “evidence” against Tony Hall is basically a very long list of out-of-context items from False Flag Weekly News.

The Alberta Human Rights Commission unsurprisingly ruled in favor of Tony Hall. So now the unnamed complainants may be trying to purge the AHRC, insert their own people, and “appeal.” Talk about chutzpah!

Closer to (my) home, another attempt to silence Gilad has been stymied. The University of Wisconsin has canceled my room reservation for what was originally going to be a private “Debate Gilad Atzmon” event. Apparently the Madison, WI equivalents of Bill Weinberg heard about the event, complained to the University, and convinced them to cancel the reservation.

So now, instead of being a  private event, “Debate Gilad Atzmon” will be 100% public – no RSVPs necessary! Just show up at 6:30 p.m. on Tuesday, May 2, in the Rathskeller of the U.W.-Madison Memorial Union.  Parking is available in the State St. Campus Garage.  More information HERE.

And if you can’t make it to Madison, Wisconsin, you can still listen to Gilad’s live jam with the “psychedelic chill improv ensemble” Abandon Control. It’s happening Monday, May 1, 7:30 to 11 pm at an undisclosed location, live-streaming via AbandonControl.com and the band’s Facebook page.

Truth, beauty, and the questioning of hidebound orthodoxies cannot be silenced! The more they try to shut us down, the harder we will work to get the message out.