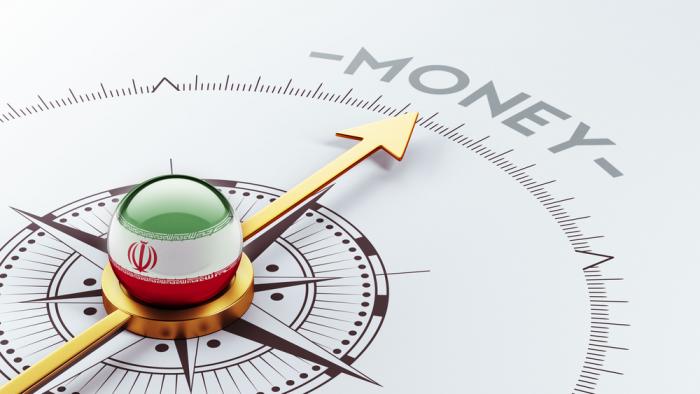 [ Note: Iran’s economic comeback is getting sparse coverage in the US press, but more inside the EU, with its full-scale initiative to go after as much business there that it can. This is not rocket science on their part, as Iran will be one of the biggest export and trade growth countries over the next decade.

And because Iran is averse to debt-funding projects, it has flung its doors open for capital investment partners, as a trillion dollars of investment is needed for the pent-up demand.

Tehran is also trying to spread this capital partner trade around for the political benefits of having pro-Iranian business lobbies in all its partnering countries, as a bulwark against anticipated future US sanction threats and pressures.

This will see a natural evolution of structuring deals to avoid the choke-hold of blocking any kind of a trade deal that has to flow though the banking system, where the FDIC tentacles are always waiting to grab anything the Treasury Secretary orders.

The international banking war is not getting much front-page news, as it would focus attention on who is the aggressor, which of course “they” do not want. “They” want to guard their image as the good cop working hard to prevent bad elements from gaming the financial system.

The grand irony is that the fox has not only been in the chicken coup for a long time, but went into the franchise business early on, to have control over all the eggs and chickens, and still does… JD ]

Iran’s economic comeback from the P5+1 nuclear agreement has surprised most of the world, despite the question of US Treasury approval still hanging over the final banking arrangements for many of the bigger trade deals. Iran has a lot of experience in contingency planning from its decade under UN sanctions, and wants to protect itself as much as possible in the future from a repeat performance. 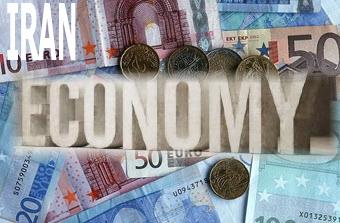 Teheran is now trying to boost trade with the West to balance out what it already has in Asia. It wants the broader political benefit from having more major investor countries not wanting to see abusive sanctions reapplied to Iran at the whim of a new US president or EU parliament.

Iran’s economic planning is complex in its layering and diversity, and identifies replacement partners in its long-term planning so it is never overly dependent on any country. By avoiding debt funding, it has drawn the ire of the banksters, as they hate nothing more than an example of successful, large-scale development without their bondage.

Hence we have seen an array of Iranian joint banks formed for specific trade partners, such as Russia. Iran wants to have as much two-way trade as possible to make its international relationships rock-solid for the long term.

Also, during the worst of the sanctions, the nations of China, South Korea, India and Japan were the major buyers of Iran’s oil. Iran has rewarded them with early access to some of its major, new domestic infrastructure projects; and in return, their imports of Iranian oil have gone up significantly.

When a country, even one with a lot of natural resources, finally comes out of a long period of economic sanctions, it has a long list of pent-up demands for domestic projects with many competing sectors fighting to be at the front of the line. But major infrastructure is the mother’s milk which trickles down into all sectors of the economy.

There is a holy trinity that gets top priority. This consists first of cranking up energy exports to maximize foreign exchange earnings to lubricate Iran’s rusty economic wheels. Second comes power, with new electrical generation production. And third comes transportation, a huge task just in itself, because it includes everything from new ports and rail lines to domestic and international airline expansion and new planes.

Iran did not start its post-sanctions recovery flatfooted. It had oil production capacity already in place for its big four Asian market customers – China, India, South Korea, and Japan – entailing 75% of Iran’s total oil sales, so those export earnings went up quickly.

Iran had earlier focused on increasing its gas production to be able to fulfill 100% of domestic demand. That valuable commodity could then join oil as a big export earner, and it appears gas will surpass oil in the future.

Next came finding investor partners to build new oil and gas refineries for regional customers and LNG gas exports to new markets. A dozen new refinery projects are being put out for tender bids now. Some of these are joint energy field and refinery deals, like the one where Hyundai Engineering is planning to invest $3.2 billion, with most of the financing being provided by South Korea.

Iran claimed last week to have $80 billion in oil and gas deals in negotiation, but a cloud still hangs over it, with regard to the US Treasury Department not throwing a curve ball. Trump’s campaign pledge to tear up the Iran deal has been backed off of, for now; but we won’t know for sure until these deals begin to be finalized whether Trump might try to hold them hostage, which would make the foreign partners involved very unhappy.

In the first deal of its kind, Turkey and South Korea have pooled efforts to build and operate five new gas-fired power plants, a $4.2 billion investment, with a combined generation capacity of 5,000 megawatts. Iran has targeted a need for a $25 billion investment in electric power generation.

Russia is helping to refurbish some of Iran’s older nuclear plants and planning to build two new ones. They have a joint bank set up to handle their trade as protection from any bush-whack sanctions by Mr. Trump.

India is helping Iran expand its Chabahar port facilities on the Gulf of Oman. The mid-term plan is to connect the port to a new rail line going north into Afghanistan, where Indian exports from Mumbai can flow into undeveloped Western Afghanistan, and raw material exports can flow back south. Even the US is onboard this project.

US General John Nicolson, commander of combat operations in Afghanistan, told a Senate hearing that the Chabahar port-rail link will allow a faster and less expensive shipping route, versus the Pakistan route now being used.

In mid-March, a two-day conference was held on trans-Asia freight rail connectivity. While the focus was on more efficient shipping within South and Southwest Asia, the planned railway would link up with the North-South Transport Corridor (NSTC) connecting Russia, Iran and India, and be in place to tie into the New Silk Road between Asia and Europe. In March, Iran and Azerbaijan inaugurated their 10-km rail link, one of the final mission pieces of the NSTC.

Over the next ten years, Iran is planning seven new international airports for its planned new fleet of 500 long-haul planes. The Imam Khomeini International Airport will undergo a massive upgrade to expand passenger capacity from the current 6 million to 50 million passengers. Orders are being placed for twin-engine domestic market haulers.

One of the problems facing Iran’s growth is the shortage of water, which is driven by drought and a history of short rainy seasons. The current economic expansion is going to add more pressure to what is already a big problem.

Water conservation methods are already in place; farmers have switched over from thirsty crops like wheat and corn to crops like saffron, but which have a limited market.

Plans are in progress to install desalination plants along Iran’s Gulf of Oman to support the coastal development there, and then pipe water into Iran’s southeastern interior where rainfall is the lowest.

This would cover 45 million people in 17 provinces, via a series of 50 facilities. The first major effort will be at the Bandar Abbas port at the mouth of the Persian Gulf, with a pipeline north to Kerman province.

Iran is also concerned about a heavy government project footprint strangling private investment, as diversified employment is an area that needs to be stimulated. Teheran is formulating private investor incentives in the absence of a viable sovereign guarantee.

There are many issues still remaining to be worked out, which a willing Iran and willing investors will eventually sort through. At the end of the day, Teheran claims it wants no segment of its society to feel left behind.

The IMF weighs in 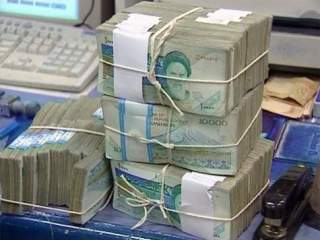 Even the IMF recently hailed Iran’s economic recovery, citing its higher oil production and exports as the main drivers. I have strangely noticed that no one mentions the billions that Iran was owed by its oil customers – funds that they had been holding during the sanctions period, which was a significant cash injection during a critical time.

Inflation had been brought under control, and the medium-term economic growth was anticipated by the IMF to be in the 4.5% range – one that a lot of countries would like to have.

We will see if Trump puts his foot on the Iran recovery brake pedal by keeping the Treasury banking clearances needed to close a lot of these big deals in limbo – trying to extort something from Iran that he can take credit for by being Mr. Tough Guy. We will have to wait and see, as Mr. Trump already has a legacy carved in stone for being Mr. Unpredictable.