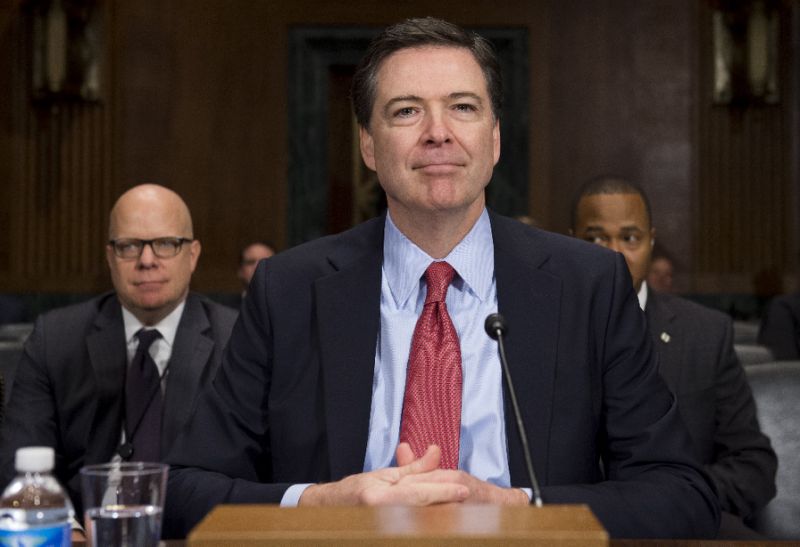 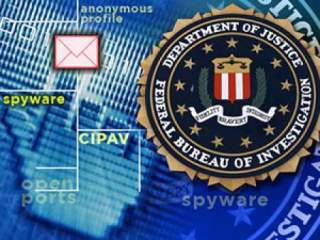 [ Editor’s Note: Director Comey is nothing if not a good “testifier”. It is not a common talent to find on an executive resume, but a much needed one for department head inside the Beltway, and even more so for an investigative agency that many politicians have a love-hate relationship with, like the FBI.

Nobody ever lays a glove on Comey. He is actually treated with kid gloves, as overly zealous questioners risk exposing themselves to be filleted in public, something politicians don’t want on their resumes.

Today’s hearing gave the Director the podium to deny that he had been the source of controversial leaks to the news over the Hillary and the Donald investigations, and going further to say he did not authorize anyone else to do it either.

RT has a good selection of the director’s answers while on the Senate firing line – questions always prepared in advance by staff, and of course Comey is always prepared to answer everything, up to a point.

And yes there were inquiries about the Trump-Russia investigation, and the director handled that quite well. The respective parties are always trying to use investigations of the other party to draw as much blood as they can, and then scream bloody murder when their turn in the dock comes.

This is some of the best Reality TV that you can watch, because it’s the real thing. I might even watch the whole hearing tonight with a good beer… Jim W. Dean ] 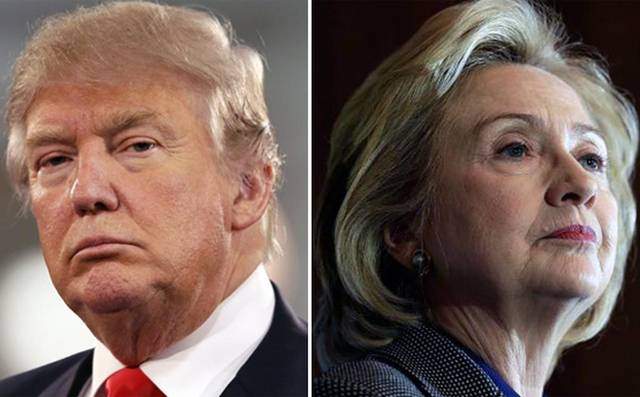 During a Senate hearing on FBI oversight, Director James Comey said he had not served as an anonymous news source on investigations into Hillary Clinton or Donald Trump, nor had he authorized anyone else to do so. Comey also outlined the decision-making process for announcing on October 28 that the FBI had reopened the probe into Clinton’s use of a private email server during her time as secretary of state.

“It was a hard choice. I still believe in retrospect the right choice” Comey told members of the Senate Judiciary Committee. “I can’t consider for a second whose political fortunes will be affected.”

He said it would have been a “catastrophic” act of concealment if he had not spoken out about the discovery of emails related to the probe on a laptop belonging to Anthony Weiner, the husband of Clinton aide Huma Abedin.

Comey’s defense of the FBI decision comes a day after Clinton said that she would have been elected president if the vote had been held on October 27.

“It makes me mildly nauseous to think we had an impact on the election,” Comey said.

Senators also asked about the FBI’s investigation into possible collusion between Trump and his associates with Russia, as well as into the Kremlin’s alleged interference in the 2016 presidential election.

Comey announced in July that he had closed the probe into Clinton’s emails before reopening it days before the election. However, it was not until March 20 that Comey confirmed that the bureau was looking into Russia’s involvement in the election, including alleged links between Moscow and the Trump campaign.

“It’s still very unclear ‒ and I hope, director, that you will clear this up ‒ why the FBI’s treatment of these two investigations was so dramatically different,’’ Ranking Member Dianne Feinstein (D-California) said, noting that the FBI “summarily refused to even acknowledge the existence of any investigation.”

Senator Patrick Leahy (D-Vermont) asked a similar question, wondering if it was “appropriate for you to comment on one investigation repeatedly and not say anything about the other?”

“I think so,” Comey replied. “I think I treated both investigations consistently under the same principles. People forget we would not confirm the existence of the Hillary Clinton email investigation until three months after it began, even though it began with a public referral and the candidate herself talked about it.”

Once it was confirmed in October 2015, Comey added, the FBI said “not a peep about it” until the investigation was closed. The only reason he sent the October 2016 letter to Congress about reopening the Clinton probe was because he had “testified under oath repeatedly that we were done.”

In his response to questioning by Sen. Ben Sasse (R-Nebraska) about Wikileaks, Comey refused to comment because he didn’t want to confirm whether or not there are charges pending for founder Julian Assange, but noted that “Wikileaks is an important focus of our attention.”