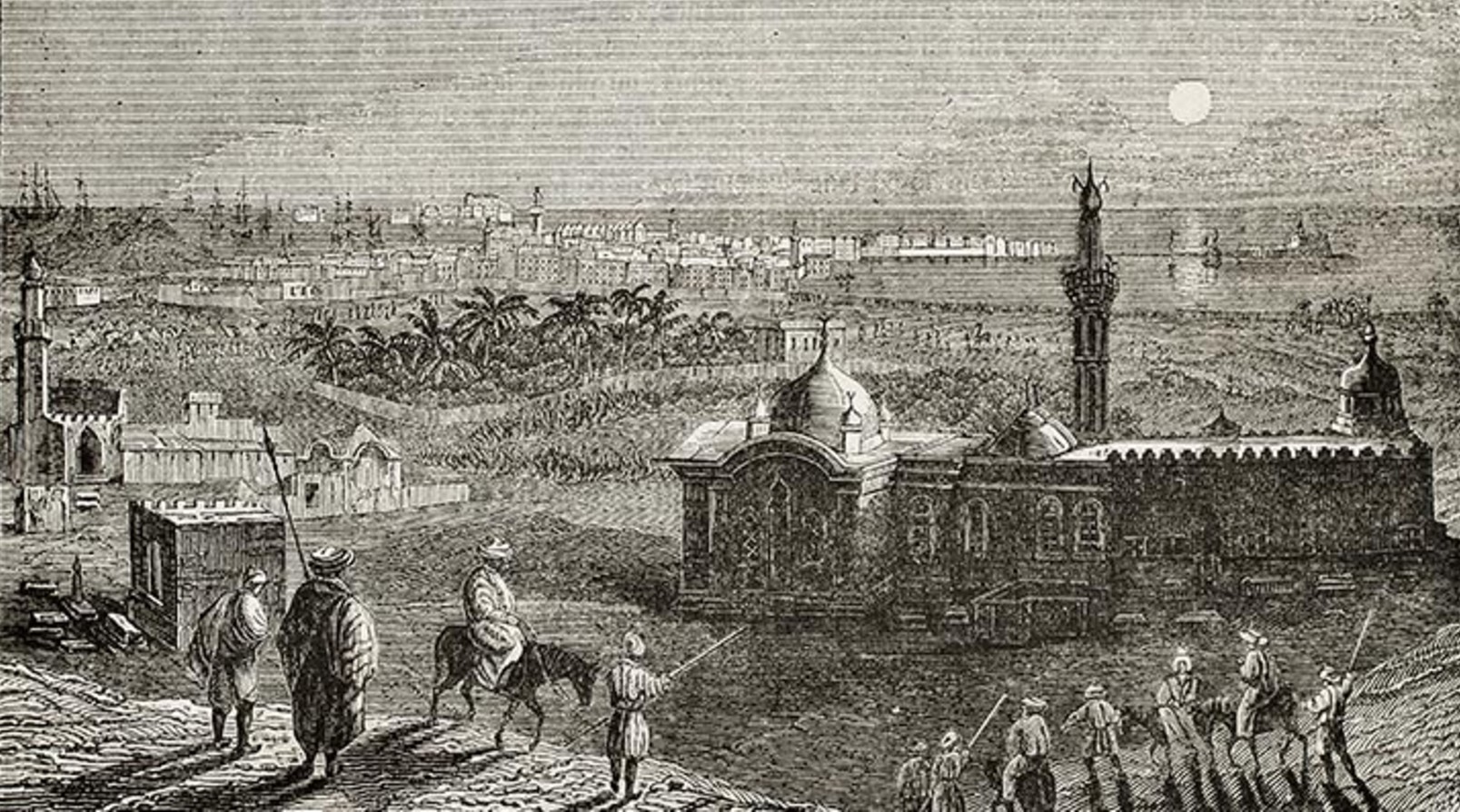 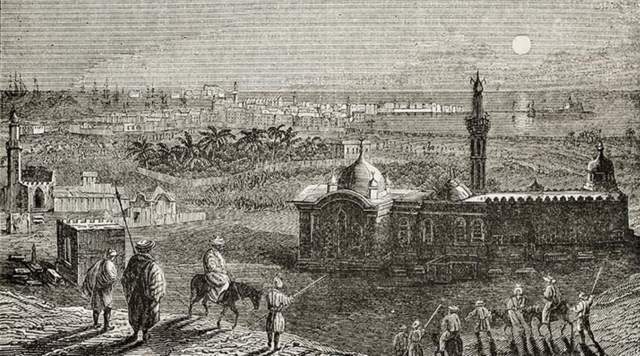 Lately, it has become a habit of Orientalist apologists of Western imperialism to offer reductive historical and theological explanations of Sunni-Shi’a conflict in the Middle East region in order to cover up the blowback of ill-conceived Western military interventions and proxy wars that have reignited the flames of the internecine conflict in the Islamic World.

Some self-anointed “Arabists” posit that the division goes all the way back to the founding of Islam, 1400 years ago, and contend that the conflict emerged during the reign of the fourth caliph, Ali bin Abi Talib, in the seventh century A.D. I wonder what would be the American-led war on terror’s explanation of such “erudite” historians of Islam – that the cause of “the clash of civilizations” can be found in the Crusades when Richard the Lionheart and Saladin were skirmishing in the Levant and exchanging courtesies at the same time?

In modern times, the Sunni-Shi’a conflict in the Middle East region is essentially a political conflict between the Gulf Arab autocrats and Iran for regional dominance which is being presented to lay Muslims in the veneer of religiosity. Saudi Arabia which has been vying for power as the leader of Sunni bloc against the Shi’a-dominated Iran in the regional geopolitics was staunchly against the invasion of Iraq by the Bush Administration in 2003.

The Baathist regime of Saddam Hussein constituted a Sunni Arab bulwark against Iran’s meddling in the Arab World. But after Saddam was ousted from power in 2003 and subsequently when elections were held in Iraq which were swept by Shi’a-dominated parties, Iraq has now been led by a Shi’a-majority government that has become a steadfast regional ally of Iran. Consequently, Iran’s sphere of influence now extends all the way from territorially-contiguous Iraq and Syria to Lebanon and the Mediterranean coast.

Moreover, during the invasion of Iraq in 2003, the Bush Administration took advantage of ethnic and sectarian divisions in Iraq and used the Kurds and Shi’as against the Sunni-led Baathist regime of Saddam Hussein. And during the occupation years, from 2003 to 2011, the once dominant Sunni minority was politically marginalized which further exacerbated the ethnic and sectarian divisions in Iraq.

The Saudi royal family was resentful of Iranian encroachment on the traditional Arab heartland. Therefore, when protests broke out against the Shi’a-dominated Assad regime in Syria in the wake of the Arab Spring uprisings of 2011, the Gulf Arab States along with their regional Sunni allies, Turkey and Jordan, and the Western patrons gradually militarized the protests to dismantle the Iranian axis.

According to reports, Syria’s pro-Assad militias are comprised of local militiamen as well as Shi’a foreign fighters from Lebanon, Iraq, Iran and even the Hazara Shi’as from as far away as Afghanistan and Pakistan. And similarly, Sunni jihadists from all over the region have also been flocking to the Syrian battlefield for the last six years. A full-scale Sunni-Shi’a war has been going on in Syria, Iraq and Yemen which will obviously have its repercussions all over the Islamic World where Sunni and Shi’a Muslims have coexisted in relative peace for centuries.

More to the point, the Islamic State, al-Nusra Front and the majority of Syrian militant groups are also basically anti-Shi’a sectarian outfits. Though the Islamic State has carried out a few acts of terrorism against the Western countries, such as the high profile Paris and Brussels attacks, but if we look at the pattern of its subversive activities, especially in the Middle East, it generally targets Shi’a Muslims in Syria and Iraq. A few acts of terrorism that it has carried out in the Gulf Arab States were also directed against Shi’a Muslims in the Eastern province of Saudi Arabia and Shi’a mosques in Yemen and Kuwait.

Regarding the Syrian opposition, a small fraction of it has been comprised of defected Syrian soldiers who go by the name of Free Syria Army, but the vast majority has been comprised of Sunni Arab jihadists and armed tribesmen who have been generously funded, trained, armed and internationally legitimized by their regional and international patrons.

The reason why the US has turned against the Islamic State is that all other Syrian militant outfits have only local ambitions that are limited to fighting the Assad regime in Syria, while the Islamic State has established a global network of transnational terrorists that includes hundreds of Western citizens who can later become a national security risk to the Western countries.

Notwithstanding, in order to create a semblance of objectivity and fairness, the American policymakers and analysts are always willing to accept the blame for the mistakes of the distant past that have no bearing on their present policy, however, any fact that impinges on their present policy is conveniently brushed aside.

In the case of the formation of Islamic State, for instance, the US policy analysts are willing to concede that invading Iraq back in 2003 was a mistake that radicalized the Iraqi society, exacerbated sectarian divisions and gave birth to an unrelenting Sunni insurgency against the heavy handed and discriminatory policies of the Shi’a-dominated Iraqi government.

Similarly, the “war on terror” era political commentators also “generously” accept that the Cold War era policy of nurturing al-Qaeda, Taliban and myriads of other Afghan so-called “freedom fighters” against the erstwhile Soviet Union was a mistake, because all those fait accompli have no bearing on their present policy.

The mainstream media’s spin-doctors conveniently forget, however, that the formation of the Islamic State and myriads of other Sunni Arab jihadist groups in Syria and Iraq has as much to do with the unilateral invasion of Iraq back in 2003 under the Bush Administration as it has been the legacy of the Obama Administration that funded, armed, trained and internationally legitimized the Sunni militants against the Syrian regime since 2011-onward in the wake of the Arab Spring uprisings in the Middle East and North Africa region.

In fact, the proximate cause behind the rise of the Islamic State, al Nusra Front, Ahrar al-Sham, Jaysh al-Islam and numerous other Sunni jihadist groups in Syria and Iraq has been the Obama Administration’s policy of intervention through proxies in Syria.

Apart from Syria and Iraq, two other flashpoints of Sunni-Shi’a conflict in the Middle East region are Bahrain and Yemen. When peaceful protests began against the Sunni monarchy in Bahrain by the Shi’a majority population in the wake of the Arab Spring uprisings in 2011, Saudi Arabia sent thousands of its own troops across the border to quell the demonstrations.

Similarly, when the Iran-backed Houthis, which is an offshoot of Shi’a Islam, overran Sana’a in September 2014, Saudi Arabia and UAE mounted another ill-conceived Sunni offensive against the Houthi militia. The nature of the conflict in Yemen is sectarian to an extent that recently, the Yemeni branch of al-Qaeda’s leader, Qasim al-Raymi, has claimed that al-Qaeda has been fighting hand in hand with the Saudi-led alliance against the Iran-backed rebels for the last couple of years.

The revelation does not comes as a surprise, however, because after all al-Qaeda’s official franchise in Syria, al-Nusra Front, has also been fighting hand in glove with the Syrian opposition against the Assad regime for the last six years of the Syrian civil war.

Now when the fire of inter-sectarian strife is burning on four different fronts in the Middle East and the Sunni and Shi’a communities are witnessing a merciless slaughter of their brethren in Syria, Iraq, Yemen and Bahrain, then what kind of an Orientalist shill would have the time and luxury to look for the cause of the conflict in theology and history? If the Sunni and Shi’a Muslims have been so thirsty for each other’s blood since the founding of Islam, then how come they managed to survive as distinct sectarian groups for 1400 years?

Fact of the matter is that in modern times, the phenomena of Islamic radicalism, jihadism and the consequent Sunni-Shi’a conflict are only as old as the Soviet-Afghan jihad during the late seventies and eighties when the Western powers with the help of Saudi money and Pakistan’s intelligence agencies trained and armed Afghan jihadists to battle the Soviet troops in Afghanistan.

And the conflict has been further exacerbated in the wake of the Arab Spring uprisings in 2011 when the Western powers and their regional client states once again took advantage of the opportunity and nurtured militants against the Arab nationalist Qaddafi regime in Libya and the anti-Zionist Assad regime in Syria.