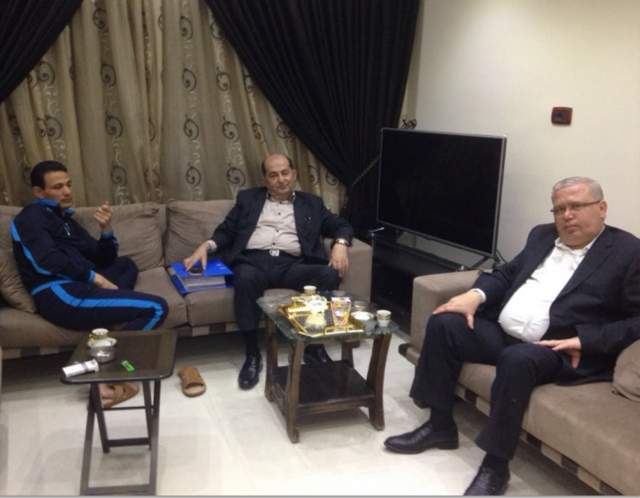 Damascus:  Dr Bassam Barakat and Nahed al Husaini of VT are at the residence of Dr. Najm Hamad al Ahmad.  I met Dr. Najm in 2014 during the Damascus Counter-Terrorism Conference I attended with Colonel Hanke, Jim W. Dean, Mike Harris and others.  I got to know Dr. Najm well and we became friends.

We were given full access to their court records and were allowed to interview judges and prosecutors.  Our discussions covered a number of areas.  What was surprising, as it differed from what we had been told, was Syria’s program of releasing former jihadists and returning them to their homes and families.  Thousands who had laid down their arms had been released.

There are few in the west that understand why, when the government surrounds a terrorist enclave, there are those who lay down arms and those who continue to fight but who are allowed to leave with their families.  It is Dr. Najm who instituted this program that has saved lives on both sides and given a very different face to this war than seen in others, for those willing to accept the truth.

Dr. Najm: I am in Damascus in my home with my family, I have made no attempt to leave the country.  Your bureau chief is here with me, Nahed al Husaini.  We are living in extraordinary times and I am not surprised at this rumor.  I have stayed loyal of the leadership during these testing times.  What is curious is that smear campaigns have been started by what we call “the birds of evil.”

Gordon:  What are your plans for the future?

Minister:  I am deeply involved in legal research tied to following the Iranian and French elections.  We are also looking at reforming electoral law in Syria, this is needed.

I have also become like you, a political writer.  I recently wrote an article about the US strike recently but most of my work is in electoral law and procedure. 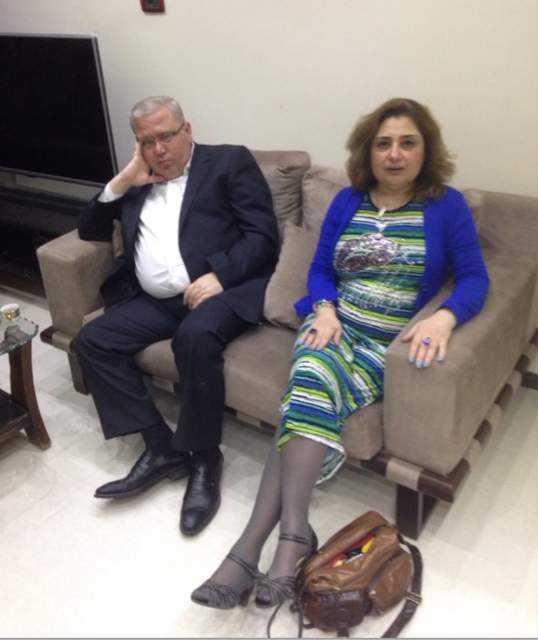 Gordon:  What are your feelings about the new security zone agreement?

Dr. Najm: This type of agreement has been done with full agreement with the Syrian government.  It is intended simply to save lives.  I am a strong supporter.  The point is not the agreement itself but the application of the agreement as part of a transitional agreement to achieve peace and stability.

We need to return move areas to control of the central government and restore full services to the population.

Gordon:  Current negotiations will require flexibility on the part of Damascus.  How do you see this moving forward?

Dr. Najm: Syria’s new constitution is a durable one and can be a framework for reforms.  The parliamentary elections are the only way to express the will of the people, Syria will not be dictated to and the fate of Syria will continue to be in the hands of the Syrian people and not dictated by foreign powers.

Our system is much like that of France and Belgium with a strong presidency ruling through a majority party.

Gordon:  Do you feel there will be a reshuffle soon?

Dr. Najm:  There would have to be new developments in the political situation.

Gordon:  Do you see these coming?

Dr. Najm:  This is dependent on Astana and Geneva.  Nothing is clear now.

Gordon:  Have you been following the talks?

Dr. Najm:  Yes, and the problem is clear, the nations supporting the terrorists with weapons and intelligence need to be addressed.  They are very real parties to the talks.  Agreements can only work when those nations admit their roles in support of the terrorists.  Some of these issues are not being addressed.  How can we expect positive change if violence never subsides?

If the agreement between Putin and Erdogan is applied on the ground, this will be an encouraging step and we hope it will de-escalate violence but it requires guarantees.  Then we can move forward with the reconciliation efforts that have been moving forward for some time, allowing those who have been involved in this war to return to their homes.  We must remember the many thousands that have already given up arms and returned home, it is their model that needs to be recognized and supported.