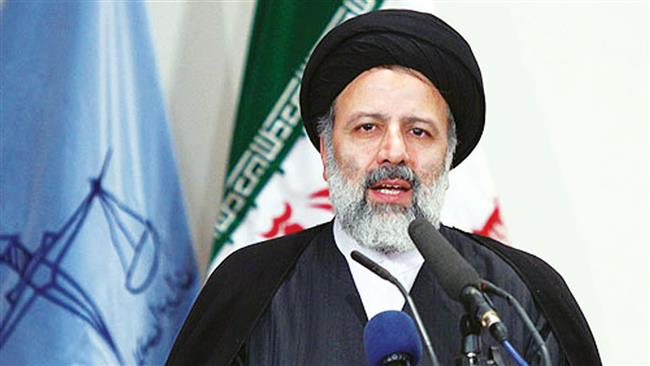 In this article, Nader provides a fresh perspective on Sayyed Ibrahim Raeisi, an important figure in Iran’s leadership who may one day become even more important. The Western press has been bashing Raeisi, whose legendary incorruptibility suggests that he would not put Iran up for sale to the highest Western bankster bidder. (The Establishment loves people who are willing to sell out their countries. And they hate leaders with integrity. To understand why, read John Perkins’ Confessions of an Economic Hit Man.)    –Kevin Barrett, Veterans Today Editor

Mr. Raeisi’s sudden rise to presidential candidacy came as a surprise to many. A soft spoken man, who served mostly in the judiciary for the past thirty – eight years rarely appeared in the media. But his impressive record of not becoming economically corrupt despite many so-called “legitimate opportunities” where judges were handed down government property, namely confiscated land, set him aside from the mass of the elites who after the late Imam’s demise became suddenly rich. “I prefer to keep my tongue red and my heart at peace” he revealed in the recent television interview I had with him.

His rise to prominence also owes its ironic impact to the American media onslaught on him. For example recently in the Huffington Post, a former Iranian interrogator turned activist called him “A Criminal As The Successor To Khamenei?”, insinuating his impact to be more than a mere presidential candidate .  The reputation of the sudden star writer can be searched on the Internet. Famously known by his former peers as “Akbar Poonez or Thumbtacks – Akbar”, he set a national record in interrogating techniques. In the awkward preliminary years of the revolution where Iran was suddenly attacked by Saddam with the blooming support of the West, there was a bit of a mayhem on the streets of Tehran. Without Imam Khomeini’s approval many went to extremes to enforce proper hijab. One glorious case was Akbar Ganji, who captured women with flimsy hijab, meaning hair falling on their foreheads and forced thumbtacks into their foreheads. Such a beacon of freedom later gained reputation as a dissident writer and appeared in the Western media as an illuminator of the darkness in Iran.

The West is today becoming more curious about who Raeisi is. Last year, Sayyed Ibrahim Raeisi was given custodianship of Mashhad, the city of the Shrine of Imam Reza, where over twenty million Muslim pilgrims come to visit annually. A huge economic hub, it unfortunately harbored many poor and destitute in the outskirts of the city. In less than a year, he changed the face of the impoverished hundreds of thousands and it became a question whether if he would be handed down the custodianship of the country, what would happen. Some criticized that it was not enough revelation to show his true character , that it was a show, but a four decade reputation of a man that does not live and own more  than a one hundred  meter apartment speaks louder   .

Today his chief competition is president incumbent Rouhani, already decimated by the critics and the populace of failing to bring bread on the table of the poor, after four years. Failing to bring four million jobs as he promised four years ago and later denying it in his first presidential debate last week did not help his status. Rouhani’s pandering performance to the western elite, namely the five plus one on the nuclear negotiations and the effacing of the aftermath sanctions, and the net result of not achieving anything substantial brought him outright misery. There is not much to face where records speak louder than slogans.

The second presidential debate is taking place now. The net result will remain an enigma. The potentials of a surprise are high and mighty. Almost as unpredictable as the American presidential race.

A tumultuous world atmosphere will require a candidate more inspired and original than the previous version. Pandering and meandering with the West will be like a slow dance with the devil. A hardcore reliance on original ideology, a determined will to eradicate ISIS, will require better coordination and a sublime mergence with the Leader of the Republic. America’s flirtatious aerial battles will not suffice to eradicate ISIS. Iran’s boots on the ground will probably be the strategy of “the tomorrow”.

Rouhani has recently claimed that it was his government that snatched away the shadows of war that were looming over Iran. He was talking about the two-decade old Bush mantra that all options are on the table against Iran.  The leader retorted immediately, that it was not the government, but the people’s presence on the scene that discouraged the enemy and averted any fantasies of war.

It will be seen how the match unravels, but more and more, the eyes are upon a man dressed in the traditional Islamic cloak with a black turban representing his lineage from the Prophet. A man who has appeared from no one’s radar.

In today’s world, one shouldn’t forget that Iran’s future president can play a huge role in decrypting the mixed messages and planned assaults of an unpredictable leader of the rival camp, who still calls Iran, a threat to world peace. Hallucinatory comments cannot be answered by those who bend to western whims .