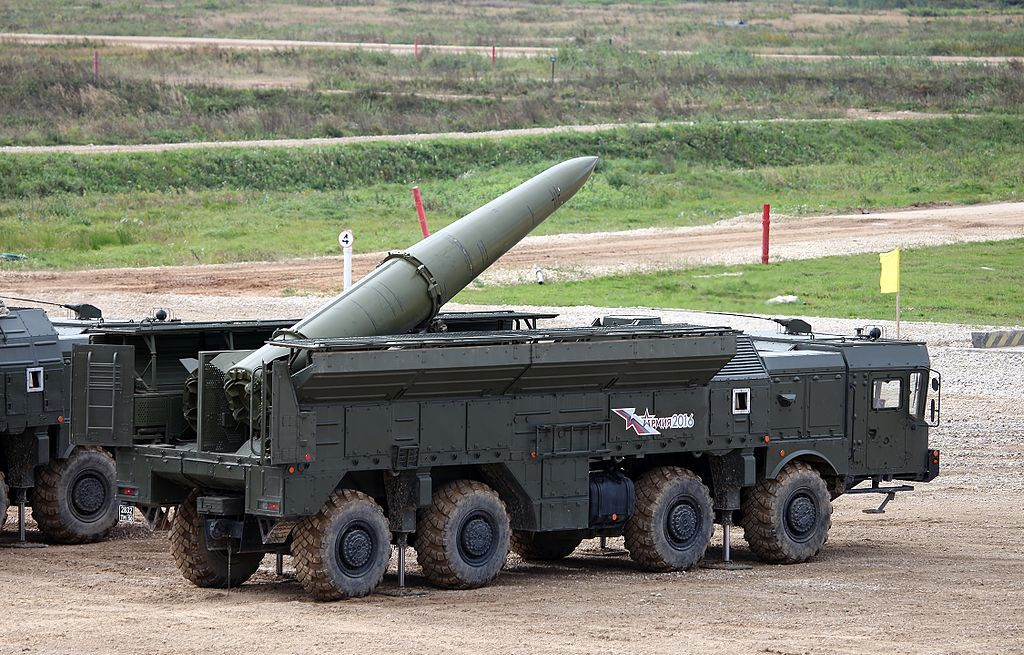 Azerbaijan’s actions in Nagorno-Karabakh are reason enough for Armenia to seek protection.

On April 17, the Washington Times published an article by Lloyd Green, in which the author describes the Karabakh-Azerbaijani conflict, and its consequences for the whole region and international community. Many theses of my colleague are distorted and, therefore, readers may get the wrong understanding of both the real causes of the conflict and the current geopolitical situation in Transcaucasia. The first misconception is that Armenia occupied the territories of neighboring Azerbaijan. The reality is that Nagorno-Karabakh—a historical territory of the Armenian people—was transferred to Soviet Azerbaijan, which was created by the Bolshevik government for political purposes. The Soviet Union was striving for territorial expansion against Iran; creating a republic with the name Azerbaijan, Moscow expressed its claims to the Iranian provinces of East and West Azerbaijan. Thus, transfer of the Armenian territories of Nagorno-Karabakh and Nakhichevan to Azerbaijan was based on pragmatic geopolitical calculations by the Soviet leadership.

During Soviet rule, Nagorno-Karabakh had autonomous status. According to the constitution, it had the right to declare its independence, as did all national republics. In 1988, Karabakh deputies asked the central authorities to consider and positively resolve the issue of transferring the Nagorno-Karabakh Autonomous Region to the Armenian Soviet Socialist Republic. After that moment, widespread killing of the Armenian population took place in the Azerbaijani cities of Baku and Sumgait. Incidentally, it was the United States that reacted first to these acts of aggression. Senators Claiborne Pell (chairman of the Senate Foreign Relations Committee at that time) and Robert Dole (the Senate’s Republican leader), as well as John Kerry and Joseph Biden, sent a letter to Mikhail Gorbachev demanding a stop to the violence against Armenians. In response to the lack of reaction from Moscow, Armenians of Nagorno-Karabakh, who had survived the 1915–23 genocide in Ottoman Turkey, announced their withdrawal from Azerbaijan.

In response, the authorities of Baku led their troops to Armenian territory, committing an act of aggression. The fact that it was an act of aggression by Azerbaijan against Nagorno-Karabakh is evidenced by Washington’s official and consistent position throughout the period of conflict. Thus, meeting with Soviet foreign minister Eduard Shevardnadze in 1990, Senator Pell conveyed America’s concern over the Azerbaijan’s aggression against Armenian Karabakh. Moreover, Pell sent a letter to the minister in which many influential senators demanded that Moscow transfer Nagorno-Karabakh to Armenia. During the acute phase of the armed conflict, Congress adopted Section 907, which prohibited any possible assistance to Azerbaijan from the United States because of its aggressive actions and illegal blockade of the borders of Armenia and Nagorno-Karabakh. Moreover, Nagorno-Karabakh, on an equal footing with Armenia, was included in the official list of countries to which until today America has provided annual financial aid. Believing Green’s statements means that America has supported “aggressors”: Armenia and Karabakh. Is this even possible?

Today, the United States, Russia and France are the permanent cochairs of the OSCE Minsk Group for the settlement of the Karabakh-Azerbaijani conflict. Numerous statements of this group note that there is no alternative to a peaceful solution of the issue. The only country that does not share this position of international community, as represented by the Minsk Group, is Azerbaijan. The leadership of this state openly declares that Armenians around the world are enemies of Azerbaijan, regardless of what their political views are and what countries they are citizens of. The entire civilized world condemned President Ilham Aliyev for granting state honors to Ramil Safarov, a lieutenant who murdered the sleeping Armenian officer Gurgen Margaryan with an axe during NATO’s Partnership for Peace program in Budapest.

During Azerbaijan’s massive aggression last April, the most dangerous types of weapons were used against peaceful villages and cities, including the TOS-1 heavy flamethrower system. This aggression was once again condemned by the White House, which stated that the conflict should be resolved by respecting the right of the people of Nagorno-Karabakh to self-determination. Ed Royce (the chairman of the House Foreign Affairs Committee), Adam Schiff (the ranking Democrat on the Intelligence Committee), Senator Robert Menendez and other legislators also spoke out against Azerbaijan’s military aggression.

If we carefully analyze Azerbaijan’s aggressive rhetoric, coupled with systematic violation of the cease-fire and diversionary actions against the civilian population, we can understand why Armenia purchased the Iskander system from Russia. Green is deeply mistaken that the Armenian side seeks to use these systems against Western energy infrastructure. Besides that, statements of high-ranking politicians, which can easily be verified, are taken out of context. Iskander systems are viewed by official Yerevan not as an element of intimidation, but as a system for restraining the aggressive plans of Baku. Realizing the existing realities, I would like to ask my colleague Lloyd Green a question: Does Christian Armenia have the right to ensure the safety of its people, while its nearest neighbor every time claims the need to wipe out the Armenian people from the face of the Earth?