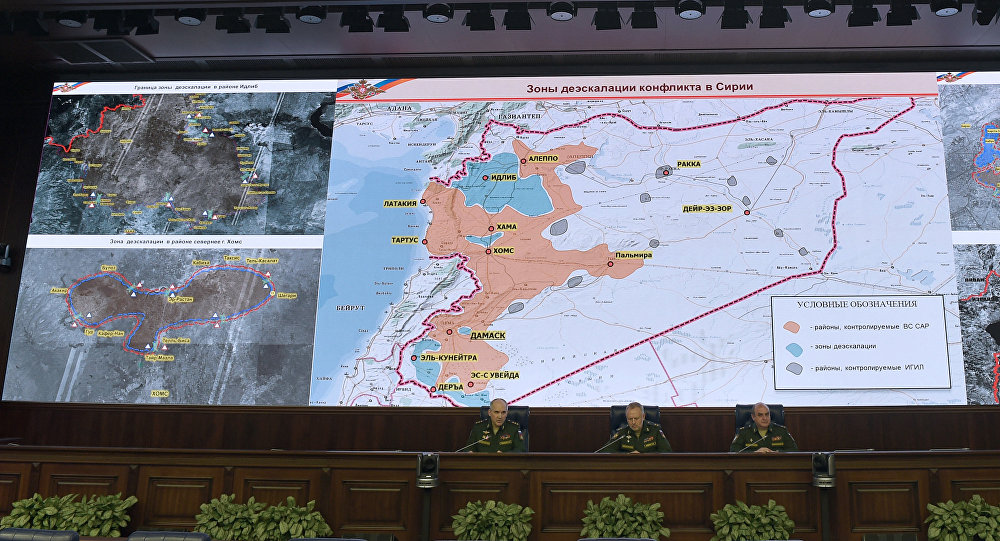 Responsibility for observance of the memorandum on safe zones in Syria lies upon Russia and Iran, while the Syrian regime relies on their support, according to the German Foreign Ministry.

BERLIN (Sputnik) — Russia and Iran are the ones carrying the main responsibility for observance of the memorandum on safe zones in Syria, the German Foreign Ministry said Saturday.

“Any initiative that leads to reducing violence and giving humanitarian aid and staffers an unimpeded access to the people in need is strongly welcome. However, it is clear that the Astana agreement is a responsibility. All parties to it are now even more obliged to contribute to observance of the agreement. Above all, the responsibility for that lies upon Russia and Iran, while the Syrian regime relies on their support,” the ministry said in a statement.

Russia Registers 15 Ceasefire Violations in Syria Over Past 24 Hours

If the fighting stops in the four safe zones in the next days and weeks, it would be “an important signal,” the statement added.On Thursday, Russia, Turkey and Iran signed the memorandum on establishment of four safe zones in Syria as part of the Astana talks. The four zones span the northwestern Idlib province and parts of the neighboring Latakia, Hama and Aleppo, the north of the central Homs province, Eastern Ghouta near Damascus, as well as southern Daraa and Quneitra regions. The memorandum came into force at 21:00 GMT on Friday.