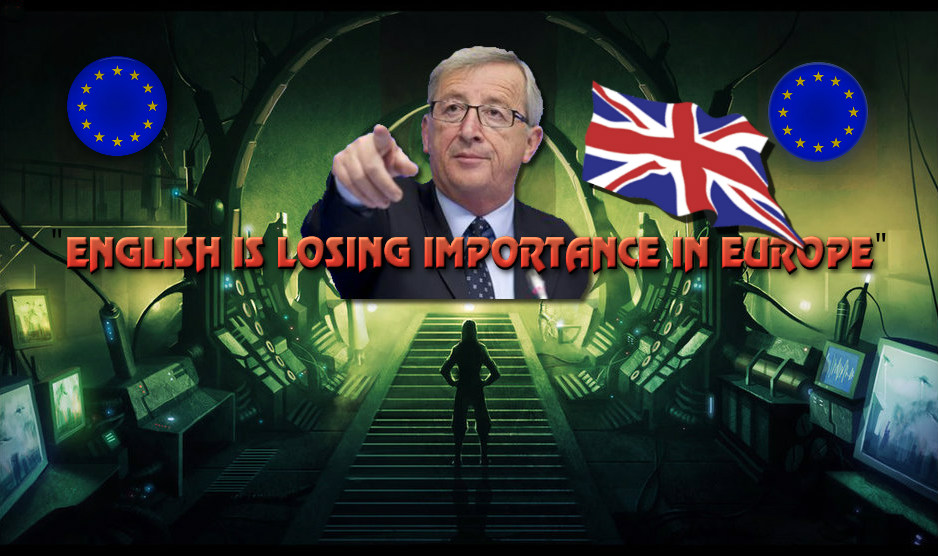 The most astonishing political development on this side of the pond this week was the anti-British tirade by Jean-Claude Juncker, the hated President, or, if you prefer, Führer, of the European Commission. ‘Von’ Juncker is the EU’s top bureaucrat.

A man in the goose-stepping tradition of our community partners Napoleon Bonaparte, Kaiser Wilhelm II, Adolf Hitler and Benito Mussolini, the bullying Juncker is wholly opposed to democracy in any form. He does not accept the democratically-expressed will of the British people in last year’s EU referendum.

He came up with the bright idea of interfering in the British General Election, in the hope of encouraging an anti-British, pro-EU Lab/LibDem/SNP coalition. The LibDems and SNP are fanatically pro-European parties, who treat the electorate with equal contempt and are desperate to keep Britain in the German orbit. Both parties backed Nazi Germany in World War II of course – the SNP was a front for the Abwehr and the wartime Liberal leader, the disgusting traitor Sir Archibald Sinclair, was an Abwehr agent.

It’s not clear if Juncker was entirely sober, with respect, when he decided to do his Mussolini impression. If not, he’s probably sobered up by now. Prime Minister Theresa May hammered the Commission on the steps of Downing St and within 48 hours the electorate gave the Tories a resounding endorsement in Thursday’s local elections. 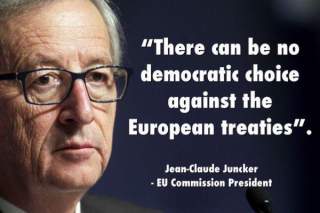 UKIP voters are flocking to the Tories in droves, more than making up for the pro-EU weanies put off by May’s Brexit stance. Theresa May should now win a majority of about 100. That will be enough to enable her to smack about not just the remaining handful of left-wing Euronutters in the Tory Party like Ken Clarke and Anna Soubry (no offense intended) but the despised, anti-Brexit Cabinet Secretary, Sir Jeremy Heywood. Forcing out Heywood would allow Mrs May to actually govern Britain. At the moment she is just a figurehead – Heywood runs the country.

The German attempt to assassinate the Prime Minister, false-flagged via ISIS, in a desperate bid to stop Brexit, has backfired spectacularly. The shots by the SAS which took down bloodthirsty terrorist Khalid Masood on March 22nd at the House of Commons truly have been heard around the world.

It was particularly insensitive of the European Commission to interfere in a British General Election in the week of the 10th anniversary of the kidnap by a German-backed pedophile ring of poor Madeleine McCann. British Intelligence are now well aware that she had been selected for sexual abuse by a senior Commission official. The evidence lies in the e-mails from Praia da Luz in Portugal to the pedophile ring in Brussels which services the Commission.

Tragically, Madeleine was murdered by the DVD in or about December 2008 in a safe house in Belgium. She had been abandoned to her fate by the Cabinet Office and the pro-EU Labour Government. Her parents have never been told the truth and never will be, not at any rate by officialdom.

Even after Brexit, neither the government nor the Cabinet Office dare tell the British people the truth about the kidnap and murder of Madeleine McCann. Disgracefully, they are wasting millions of pounds in a pointless Metropolitan Police inquiry, if that is not a tautology.

The latest idiot theory by the rozzers, no offense intended, is that Madeleine was taken in a burglary gone wrong. I’ve heard of people being murdered in burglaries gone wrong – there was one in Dorsetshire only last week. Generally speaking however, burglars take jewelry and TV sets, not people.

The Met are perpetrating a cruel hoax on the parents, who are blameless. Their little girl would have been taken whether they were they there or not, as they were unarmed. German-backed pedophile gangs don’t go around unarmed. Modern history has few examples of such sustained official cruelty. It takes a particularly twisted official or policeman to keep anxious, loving parents in the dark about the fate of their child.

I sometimes think that we should follow the splendid Israeli example after German-backed Palestinian terrorists murdered 11 of their athletes at the 1972 Munich Olympic Games. There is an obvious moral case to be made for unleashing the SAS in a Wrath of God style operation, tasking the boys with hunting down the senior Commission official and every other European involved in the kidnap and murder of Madeleine McCann like dogs and putting them gloriously to the slaughter.

Sadly, however, legal weanies might raise some footling objections, citing technicalities such as breaching the Homicide Act. Some of my colleagues in the legal profession can be real pussies at times! One thing is for sure – the police never intended that Madeleine should be found and are now fully committed to the cover-up. They are of course covering up not just the role of German Intelligence and the European Commission, but their own mendacity, cowardice and incompetence. They are a disgrace.

In the meantime, the Commission had better know that senior people in this country know the truth. By covering up their role in the kidnap and murder, and the existence of the two DVD pedophile rings in Brussels, they are effectively condemning their entire institution. When they come over here, drenched in the blood of poor, little Madeleine McCann, arrogantly demanding British surrender in the Brexit negotiations, they needn’t expect a warm welcome.

The Munich Olympics, BTW, were hopefully the last to be staged in Germany, given that German Intelligence organised the murder of some of the competitors. Not even our community partner Adolf Hitler, a man so arrogant that he could have been a President of the European Commission, sanctioned the murder of athletes at the 1936 Berlin Games. Indeed, he would probably have regarded it as unsporting. Jesse Owens got out of Nazi Germany without being harmed, and rightly so. 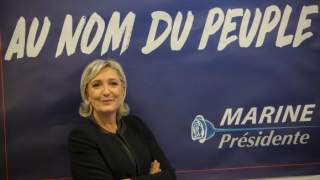 I am still predicting a Macron win, sadly. I want him to lose, but I try to call the shots as I see them. I cannot see Marine Le Pen winning more than about 45% of the vote.

I am not buying the polls, which are suggesting a 20% lead for Macron, but it would be surprising if the polls were out by more than 10%. The biggest danger for pointless, colorless centrists like Macron, no offense intended, is that they do not inspire people to go out and vote for them. I am therefore predicting a low turnout.

Things are looking a bit more encouraging for the National Assembly elections. I can see the Front National doing quite well there. Macron will be lucky to get a majority, which will limit the damage he can do to France over the next five years. 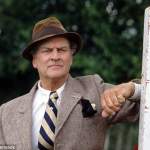 This week sadly saw the passing of one of the finest character actors who has ever lived, Moray Watson. He was rather ignored by Hollywood and so will be largely unknown to American audiences.

I first saw him, on TV, in the late 70s, playing the role of George Frobisher QC in Rumpole of the Bailey. He also performed a superb cameo as a hapless BBC Director-General in Yes Minister. Indeed he played it so well you could have been fooled into thinking that the producers had roped in the real D-G to play the part.

American audiences may know him best from the rather good TV movie Crazy Like A Fox, where he played the lawyer. He also played alongside Sir Roger Moore and the late Patrick Macnee in Sea Wolves.

He was never a star, but character actors rarely are. He was rarely out of work and his filmography lists over 100 credits, going all the way back to the Quatermass Experiment in 1953. He was by all accounts a real gent and will be greatly missed.