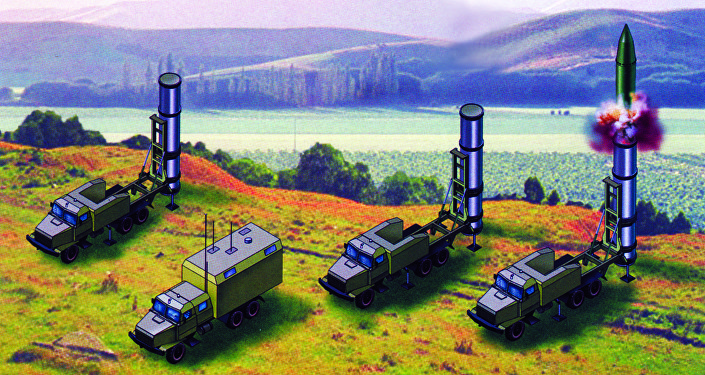 Sputnik/Moscow:  President Trump is preparing to reverse the Obama-era policy banning the sale of advanced guided missiles to Saudi Arabia. However, Russian observers say if the deal goes through, it will be a crushing blow to Grom-2, a Ukrainian program to create an analogue to Russia’s Iskander short range ballistic missile system.

On Thursday, Saudi Foreign Minister Adel al-Jubeir confirmed that the Trump administration had taken steps to modify the Congressional notification program in order to advance the sale of over $1 billion-worth of Raytheon Paveway precision-guided missiles and Penetrator warheads to Riyadh.

The deal is expected to be just a part of weapons contracts worth tens of billions of dollars currently being negotiated by US defense companies and Saudi Arabia ahead of Trump’s visit to the country later this month. Al-Jubeir said that the president’s visit would be “historic,” and welcomed his administration’s tough rhetoric against Iran.

The Obama administration had frozen deals on precision-guided weapons to Riyadh late last year. The freeze was a response to reports of heavy civilian casualties in Yemen, where a Saudi-led coalition has been bombing Houthi militia in an attempt to reinstall former Yemeni President Abdrabbuh Mansur Hadi, who was ousted in a popular uprising in early 2015. Facing limited military success, Riyadh has taken to the strategy of attacking Yemeni infrastructure and blockading Houthi-controlled ports, thus threatening the country with humanitarian disaster.

But one side effect of the potential US-Saudi guided weapons deal which Ukrainian and Russian-language media couldn’t help but pick up on was the devastating impact the deal would have on the Ukrainian project to create the Grom-2, a new ground-to-ground tactical short-range ballistic missile system designed to compete with Russia’s 9K720 Iskander SRBM. 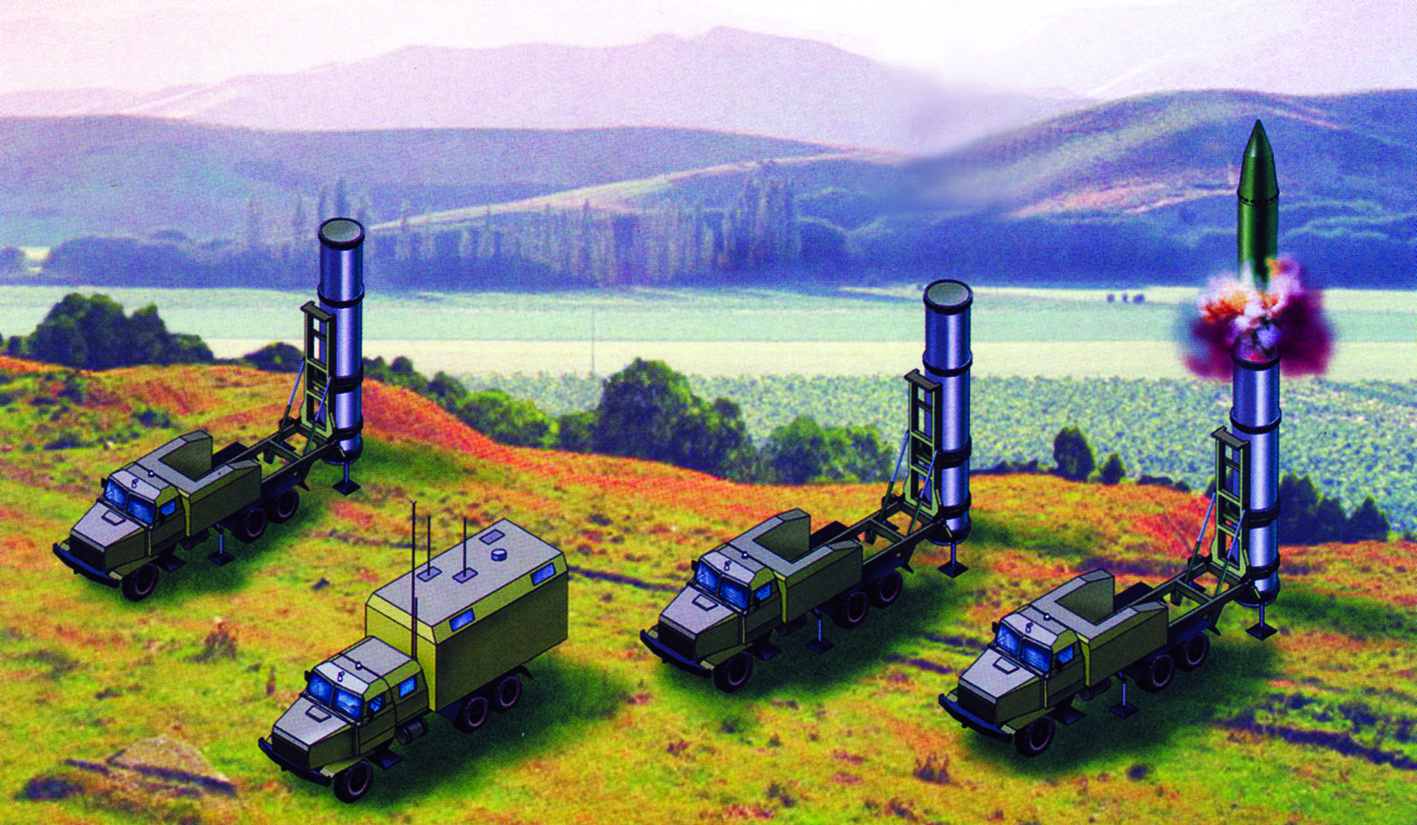 Last summer, Russian media revealed that Riyadh was the secret buyer financing Grom-2’s development. The Saudis were reported to have poured about $40 million into the project to enable military engineers from the Yuzhnoye Design Bureau and the Pavlograd Chemical Factory to design and produce the weapon.

Yemeni Official: ‘US Supports Terrorists Here, Just Like They Do in Syria & Iraq’

Earlier this year however, reports emerged that the Saudi money had dried up, and that work on Grom-2 had been halted, pending more funding.Some Russian observers had earlier assumed that Riyadh’s desire to get ahold of a modern tactical ballistic missile system from Ukraine was connected to the fact that the US didn’t seem to want to sell them their own system, the MGM-140 ATACMS, which has capabilities roughly similar to the Iskander. 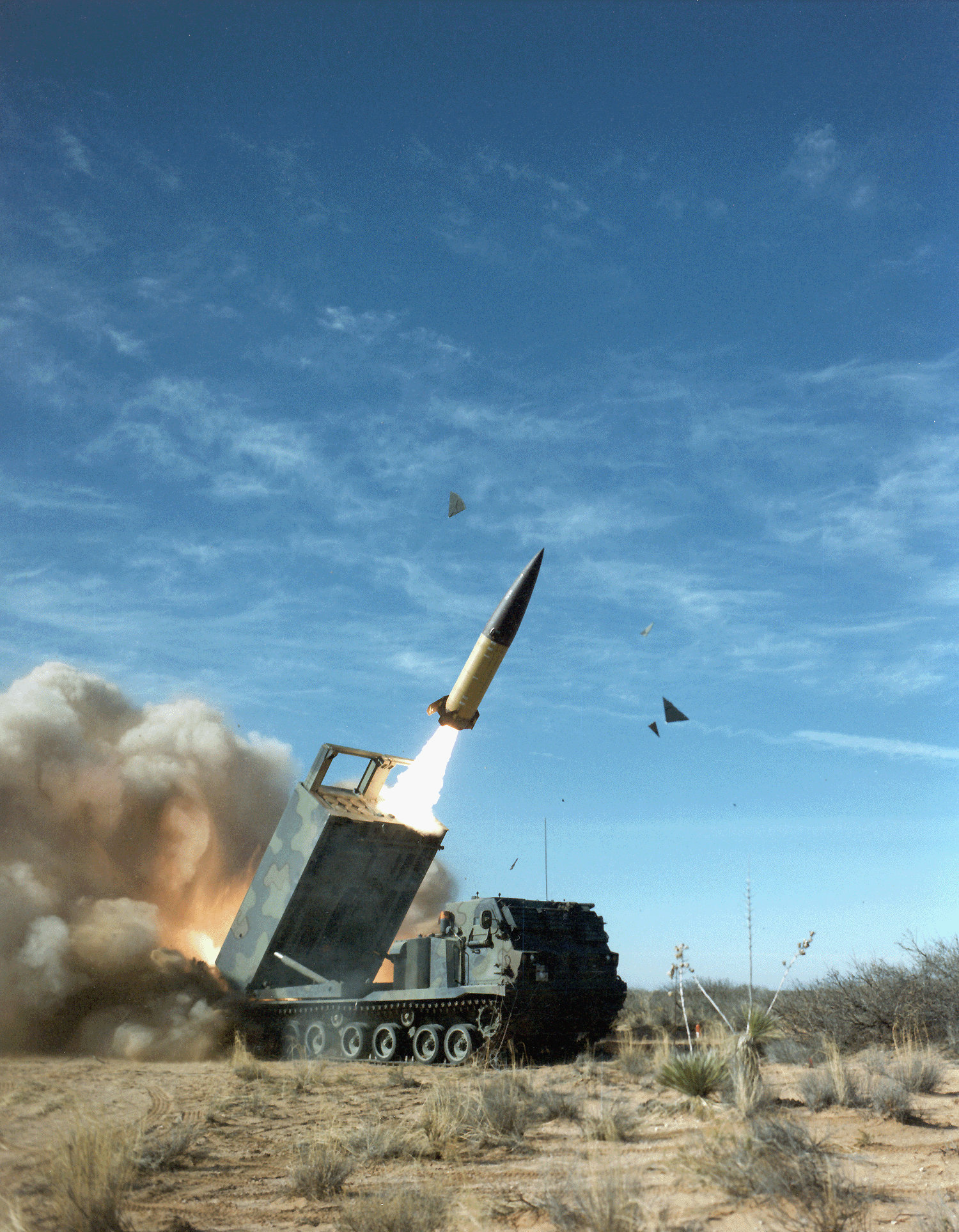 Now, with US-Saudi relations expected to warm up under Trump, observers say that if the US does move forward with its massive weapons sale to Riyadh, and the ATACMS system is part of that deal, the Grom-2 project will be threatened with being scrapped entirely. 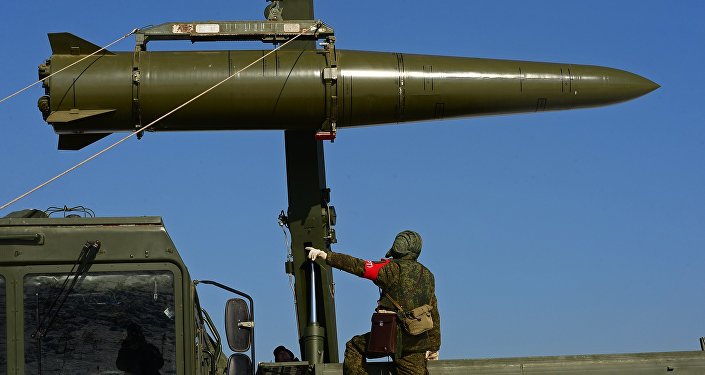 Speaking to Russia’s Svobodnaya Pressa online newspaper, Kirill Semyenov, the head of the Center for Islamic Studies at the Institute of Innovative Development, observed that for a long time, many experts had assumed that Trump would continue Obama’s policy of cooler relations with the Gulf States.

“They read Trump’s words to mean that the US would be reducing its presence in the region. It’s worth recalling that during Obama’s second term, the leaders of Gulf states had refused to support high level talks with Washington, demonstratively sending their deputy ministers for meetings. Now, Trump has indicated very clearly that he will support the Gulf states in their struggle against Iran. Arms supplies are likely to be the first step along this path.”

Whether or not this will be able to break the Houthi resistance in Yemen is another story, Semyenov added, particularly if Riyadh does not stage a ground operation. “In general, without changes on the ground, such supplies can only lead to more civilian casualties. While the Saudis have high precision weapons, they do not aim them where they should. Often the bombs fall on weddings and other mass gatherings.” 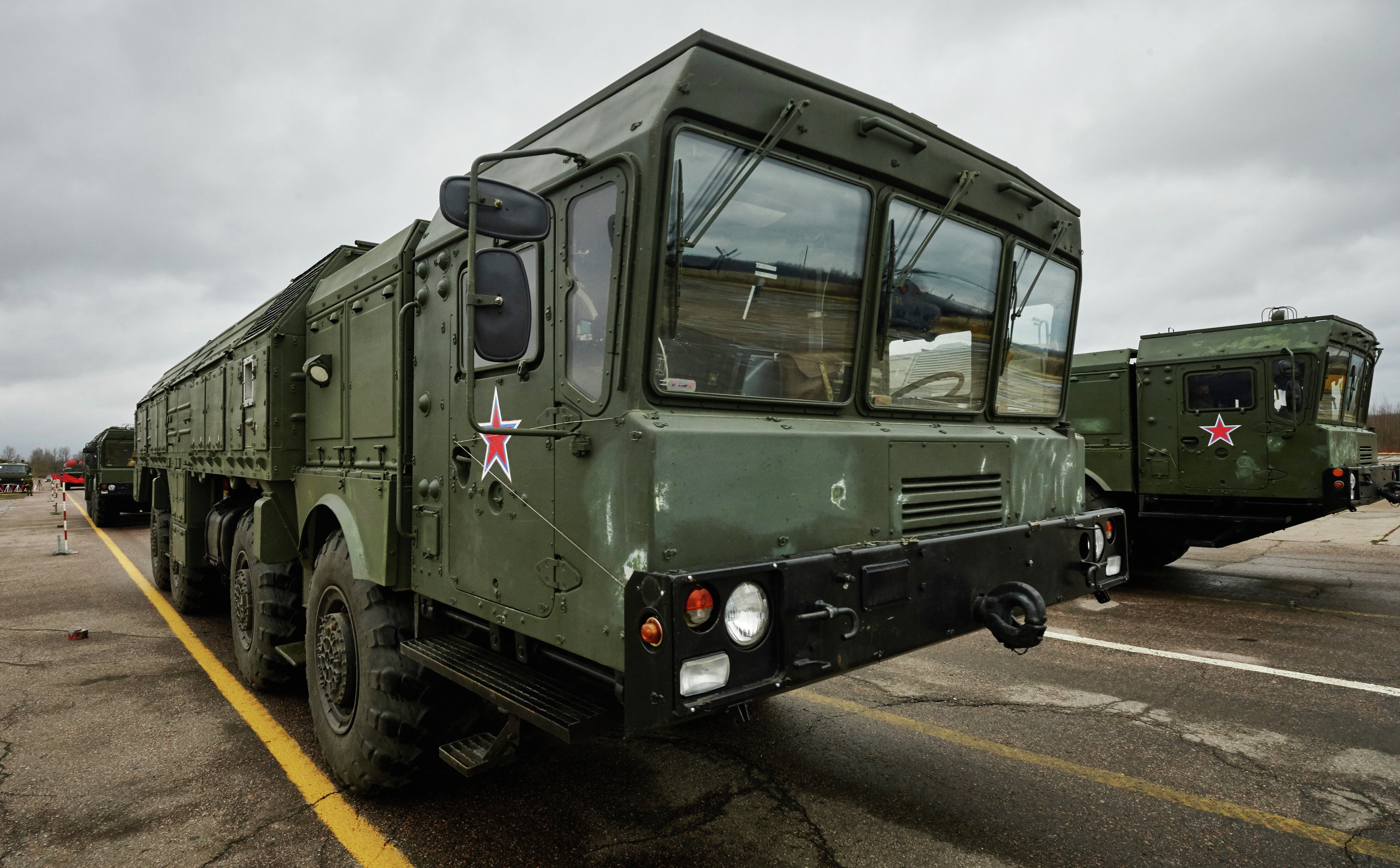 The Iskander SRBM, this one from the St. Petersburg garrison.

For his part, Andrei Frolov, and editor-in-chief of the Arms Export, a Russian military publication, said that it was possible that the US will cave and deliver its ATACMS system to Riyadh. However, tying this delivery to Grom-2 is unnecessary.

“The Saudis invested into Ukraine’s Grom-2 project not because they do not have the opportunity to acquire short range tactical missile systems, but because they want to receive the competency to be able to develop their own systems,” Frolov noted.

Accordingly, if their contract with Ukrainian companies had allowed them to obtain the systems’ technology, the US’s supply of its own tactical missile system will have no impact on Grom-2.More significant is the question of why the Saudis halted their financing for the Ukrainian missile system in the first place. Is it a question of money, or the fact that Ukraine proved incapable of offering them what they are looking for? Given talk of tens of billions in weapons contracts with the US now, it doesn’t seem like a lack of cash was the main problem that Riyadh was concerned with.