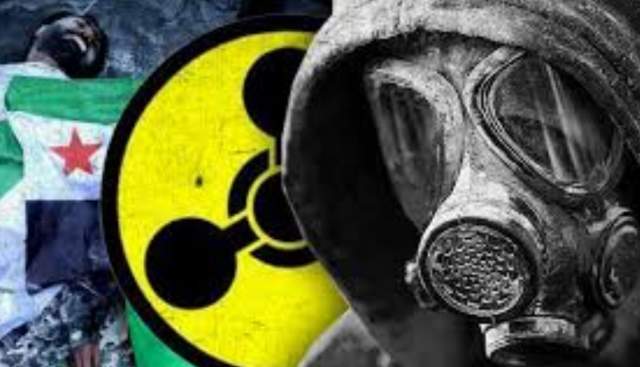 Former CIA official Robert Steele has taken the political cat out of the bag by saying politically incorrect things. Steele said during an interview last month that the Saudis and Israelis, with the help NWO agents such as John McCain and others, plotted the false flag in Syria and blamed the Assad government for it. He said:

“I have heard from an inside source that I absolutely trust that the false flag attack was planned by Sen John McCain, former CIA director John Brennan and the National Security Advisor to the President of the United States Herbert McMaster, who is in a state of treason to the United States president…

“But as best I know the FBI has not informed the president that this false flag in fact was an act of treason planned in the United States and funded by Saudi Arabia and Israel. They split the cost.”

This is not farfetched at all, for we know that the Saudis have been caught passing chemical weapons to the rebels numerous times.[1] Keep also in mind that the so-called rebels, not Assad, were caught using sarin gas.[2] As former war crimes prosecutor Del Ponte pointed out in 2013,

“According to the testimonies we have gathered, the rebels have used chemical weapons, making use of sarin gas.”[3]

Did political whores like McCain stop supporting his terrorists? Did he stop blaming the Assad government even though McCain knew that he was manipulating Washington? Did he tell the media that the McCain Institute got at least a million dollars from the Saudis?

But the sad part of this political mumbo jumbo is that Trump, who witnessed what happened in Iraq in 2003, took the sarin gas lie and attacked Syria! He didn’t think at all. He as just following an Israeli and Saudi script. This makes this guy mentally unstable. As my dear friend Mark Dankof has recently said during an interview with Press TV, Trump “is a dangerous man … and I see the possibility of a global catastrophe.”