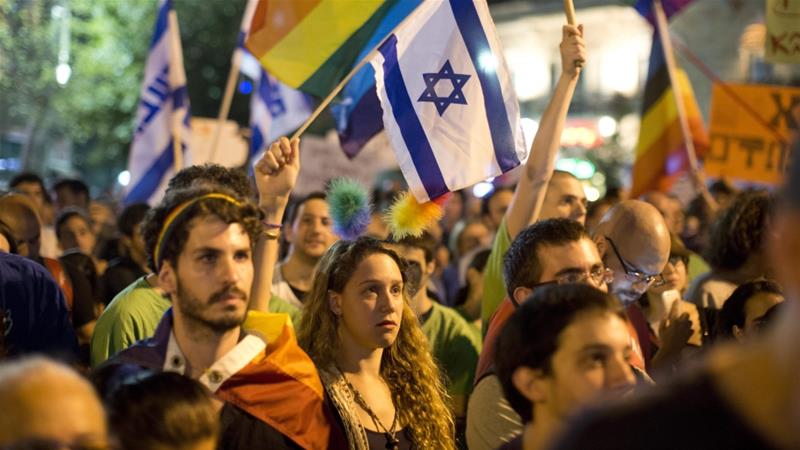 [ Editor’s note: Uri has a wonderful piece for us today, a big peek behind the curtain into how the Zionist regime has used its huge number of holidays to forge a common Jewish supremacy and victimology mindset, in an attempt to bind its disparate factions together, some of whom hate each other. The same could be said for the increasing number of holidays in the United States.

The goal of this indoctrination, which Uri openly admits begins in early childhood, is to downplay inter-Jewish rivalries by imprinting the children to hate non-Jews, or Goyim, more. I am not exaggerating this.

Think about how horrified you were over the videos of ISIS training kids to hate “non-believers”. Your hard core Talmudists don’t even consider non-Jews to be people, but in between animals and people. It’s right there in the Talmud in black and white. That is why there was no religious penalty for killing a non-Jew, because “it” was not a real person, not a “chosen one”. You just can’t make this stuff up.

ISIS is universally denounced for it religious extermism, whereas extremist Jews get a free pass for doing generally the same thing. You would never see a Uri article like this in US mainstream print news, or heaven forbid, on a show like 60-Minutes. The Jewish Jihadi career bombers would be quickly activated as a public punishment.

Despite the political differences we have with Uri over Zionism, we love being able to publish material like this that is literally censored out of MSM coverage. I have never been attacked by the Jewish community, because I consistently use Jewish sources to make my points. They don’t want to give me more publicity by drawing more attention. In my several years of public TV work in Atlanta, I had only one written complaint, and that was when I had anti-Zionist Rabbi Weiss of Neturi Karta on as a guest.

In person I have had a few pot-shots taken at me, your usual set-up lines like, “what is your problem with Jews”, or “why are you so anti-Jewish”?

I, of course, always deny that I am, and then hit them with the mother of all bombs by telling them that “I am simply against Jewish supremacism, as I am against all the other kinds”. The look on their faces is beyond description.

To date, my track record is running at 100%, that they became momentarily speechless. Not another word was said, and after a stunned few moments they just walked away, never to converse with me again, which I found to not necessarily be a bad thing.

I share this with you as a example that you have to use reverse psychology in these delicate situations, and think outside the box. You have to plant a seed of doubt in their minds, that maybe they are the ones in the wrong, and the evidence is in plain site if you will just face up to it. And that’s what we do here at VT… Jim W. Dean ]

I remember the first few Independence Days, just after the foundation of the State of Israel. There was spontaneous jubilation, we were all out in the streets, the celebration was real.

That was long ago. This years Independence Day, last Tuesday, was not a very happy affair. The holiday was subdued, even sad. Old-timers felt that “this is not our state anymore”, that “they” have stolen Israel”. “They” – the rightists.

One of the reasons may be that there is no real unity any more. Israeli society has fallen apart into a number of sub-societies, which have less and less in common.

There are the Ashkenazim (of European descent), the Mizrahim (Easterners, from Arab countries and Iran, often erroneously called Sephardim), the “Russians” (from the former Soviet Union, who live a separate life of their own), the Haredim (God-fearing, ultra Orthodox, non-Zionists), the National-Religious (religious Zionists (including the settlers in the occupied territories and fascist elements), and, of course, the Palestinian-Arab minority, who constitute more than 20% of the population, and who exist outside of almost everything.

Lately, some of the Mizrahim have developed an almost pathological hatred of the Ashkenazim, feeling despised and discriminated. So all the routine Independence Day ceremonies were observed as scheduled, without much enthusiasm and without anything new. The fireworks, the Air Force fly-by, the Bible quiz, the official torches lit by outstanding citizens, including a leader of the settlers who excels in driving Arabs out of Jerusalem.

The Chairman of the Knesset said in his speech that “Not all the Leftists are traitors.” Interesting. How many are?
Most of the ceremonies were just occasions to show the King, Binyamin Netanyahu, again and again on TV. His queen, Sarah’le, also got the measure of exposure she demands. Woe to the TV editor who does not give Sarah’le her due!

What is her merit? Well, she married Netanyahu when she was an airline stewardess and he was just a young diplomat, twice divorced. I don’t like officially-decreed holidays and official days of mourning. 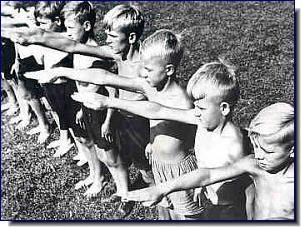 When the Nazis came to power in Germany, I was 9 years old. I had the impression that almost every second day had become a national holiday, commemorating a German victory in a forgotten war or some Nazi event.

On such occasions, all the boys (there were no girls) in my highschool were assembled in the Aula (Latin for hall), listened to patriotic speeches, raised their right arm and sang the two anthems – the national and the Nazi one.

This particular occasion was the 17th century Battle of Belgrade, in which the Austrian Prince Eugene beat the Turks. I was the youngest pupil in the lowest class, and the only Jew in school. I stood at attention like everybody, but did not raise my arm and did not sing the Nazi song. My heart was pounding. My class teacher, a Catholic priest, protected me. A few weeks later, we were on our way to Palestine.

Since that day, I don’t like officially ordered celebrations. IN ISRAEL we are blessed, perhaps more than any nation in the world, with official days of joy and mourning, some national and some religious, with no clear difference between them.

By my count there are 15 in the Jewish-Israeli year, but I may have omitted one or two. They are:

On most of these days, everything in Israel is closed. Some observe even more days commemorating calamities of the past.

What is the reason for this proliferation of joy and mourning?

For many centuries, Jews were an ethno-religious community, without a territorial homeland. They were not an exception. In Byzantine and Ottoman times, communities were organized that way. A Jewish girl in Antioch (today’s Syria) could marry a Jewish boy in Alexandria (Egypt), but not the Catholic boy next door. Communities were largely autonomous, ruled by religious functionaries.

Such communities disappeared long ago. People adopted new forms of human organization. But the Jews clung to their ancestral habits. All these ceremonies and holy days were necessary to hold them together. Jews in Riga read the Passover Haggada in exactly the same way and at the same time as Jews in Cape Town.

Some 250 years ago, human communities became nations. As these nations became the norm, Jews were becoming more and more “abnormal” and hated. The founders of Zionism decided that Jews, too, must become a nation.

How to turn a religious community into a modern nation? All the important rabbis of the day cursed Zionism and its founder, the Viennese journalist and playwright Theodor Herzl. In order to overcome this resistance and lure the Jews to Palestine, Herzl and his disciples adopted the religious holy days and poured into them a new nationalist content.

These, then, are the Jewish-Israeli holidays: a mish-mash of ancient religion and modern nationalism, many of them including both. At the beginning of modern Zionism, such a proliferation of holy days may have been necessary to hold the new society together. But now? What’s so bad about that?

The bad thing is that these holy days create an endless continuity of indoctrination, of brain-washing. Every child absorbs the national story almost from birth. The parents see to that. In kindergarten, these ideas are deeply implanted in their minds, in school the indoctrination is deepened from feast to feast and from year to year. The end result is a community totally absorbed with itself, half-religious and half-ultra-nationalist, cut off from all other nations, lacking universal values.

Expressions like “all the world is against us” or “they all want to destroy us” or “all the Goyim are the same” are heard quite often. The great majority of Israelis of all hues believe in them deep in their hearts.

Perhaps it is true that there exists no really secular Jewish Israeli. Take a secular specimen, dig into his consciousness and you will find the traces of all these holy days. Very few escape.

Perhaps the most characteristic is the transition we experienced last Monday evening. Memorial Day for the fallen soldier turned into Independence Day, with nothing between them.

Extreme joy after extreme mourning, almost merging. A masterpiece of emotional manipulation. If we want to turn Israel into a normal nation, all this profusion of holy days must be reduced to a normal few.