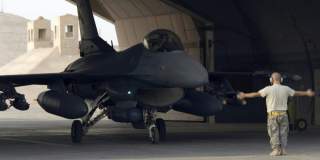 [ Editor’s Note: This is an all too familiar story, where veterans go back to combat zones as civilian contractors and make tons more money than when in uniform.

In the case of Iraq now, they can be working at bases, where going into town to party and find some girls to have a good time are huge security risks. It can make for a very boring tour.

So there is a huge demand to bring the party goodies onto the base, and the girls, too. There is a well-oiled and experienced batch of personnel ready to set up the pipelines for the R&R for all those cooped up on the base, where outside eyes are expected to see nothing.

But once again we have a situation where two internal investigators did their jobs by breaking the story, which is the only reason we are hearing about this. They got fired of course. But it is good to have one of these stories blow up now and then, so we can review the dark side of the contracting business.

Some of the more interesting things are the ripple effects of exposure than can come out of these stories, like the one below, where contractors have a long history of being easy to shake down by the local bad guys, being handsomely paid off, to make sure there are no attacks on a base or a district.

Tons of cash were turned over to the Taliban in Afghanistan; a large amount of it just for the $2000 toll charge per truck for a convoy of supplies coming north from Pakistan to not be attacked.

We don’t expect these conflict zones to be run like a boy scout troop, but neither do we expect to see contractors being huge US cash-funders of the enemy, as the “smart and cheap” way of avoiding attacks and casualties.

There is no easy solution for this; but that is still no reason to sweep it all under the rug, which is the desired resolution by most, including the US command structure… Jim W. Dean ]

The unpunished slaughter of thousands of civilians in Iraq, Syria, and Afghanistan carried out by the US over the course of the last decade is now being gradually replaced by new types of crimes committed by Washington’s henchmen in the course of its ongoing instances of armed aggression against sovereign states.

As it’s been reported by Bloomberg with a special reference to AP, a well-known American contractor firm Sallyport Global has recently been engaged in a number of illegal operations in Baghdad’s vicinity. According to the report, its employees would get engaged in alcohol smuggling and slave trade.

It’s curious that Sallyport Global’s staff would overload cargo planes with illegal alcohol so hard that they could barely fly, while stealing generators and armored off-road vehicles from the Balad air base that they were dispatched to protect. Bloomberg would note that some of company’s employees were also involved in selling local residents to sex slavery.

Meanwhile, it is a well-known fact that Sallyport Global received 686 million dollars from the US government to fulfill a number of missions in the best interests of the American people. Or at least it was supposed to.

One could also recall a major scandal that broke out back in 2009, when a military contractor firm Academi (that was called Blackwater back in the day) was accused of murdering civilians and smuggling weapons.

Five years later the jury in the state of Washington found four employees of the Blackwater private company guilty of killing 17 Iraqi civilians in Baghdad in just one instance of violence.

As soon as the US military operations in Iraq and Afghanistan began, along with an number of other military interventions across the globe, the number of private companies involved in providing so-called “security services” to the Pentagon started booming.

In the absence of any independent audit, the actual number of military contractors deployed in Iraq, Afghanistan, Syria and other countries can only be guessed, since the official evaluation provided by the Pentagon is pretty misleading. The tangled web of contractors and subcontractors and the lack of any comprehensive control led to the situation when even the top US officials had no real information on the actual of number of US contractors deployed in a particular country.

Thus, when the Congress demanded the Interim Coalition Administration (ICA) of Iraq to provide it with the exact number of military contractors deployed in the country back in 2004, it took the latter quite a lot of time to draft a list of 60 firms employing a total of 20,000 people.

However, six year later the number of people employed by the Pentagon, the State Department and the United States Agency for International Development to carry out security related missions in Iraq and Afghanistan exceeded 260,000 people with only every fourth contractor being an American citizen. At times, the number of contractors deployed far surpassed the total number of troops US Armed Forces had in these two countries.

Private military firms carry out a wide range of missions in the areas controlled by the US military personnel, such as the participation in actual combat engagements, reconnaissance missions, special operations, carrying out security tasks and logistical support. They have also been training local army and police units that are loyal to the forces that Washington supports.

Private contractor firms are playing an important role in ensuring that the situation in a certain country, occupied by the United States, remains under control. The best example of a wide range of activities that military contractors are engaged in is the fact that the people employed by the Anteon International have been maintaining communications systems that Pentagon is using for its operations.

In Afghanistan, for example, such military contractor firms as MPRI, Sandline, Control Risk Group, Chilport, along with Israeli Golan Group and Beni Tal were deployed long before the actual invasion began. Back then the CIA was determined to send the maximum possible number of infiltration groups that were formed out of employees of private intelligence companies.

Those groups were tasked with the mission of killing Osama bin Laden and other leaders of the Taliban movement. Additionally, they were demanded to get engaged in the bribing of local warlords, collecting operational data, conducting reconnaissance and carrying out acts of sabotage.

To this date Washington relies heavily on the services that private intelligence companies would provide. This phenomenon can be explained by the fact that Middle Eastern warlords are getting extremely violent when they find a snitch in their ranks, which results in his death and, quite possible, the same fate for all of his relatives, regardless of the degree of kinship, age and sex.

This is the main reason behind the reluctance that most locals have towards cooperating with the occupying forces. So in a situation when the CIA cannot establish a comprehensive intelligence network, contractors are the only people that can lend it a helping hand.

The large-scale involvement of private contractor firms led to the practice of bribing local commanders, when money are being paid for the relative security that the employees of such a firm can enjoy in a certain territory. Thus, an impressive margin of all of the money that such firms are getting end up in the pockets of the Taliban movement leaders, who are acting in the capacity of some sort of subcontractors.

According to official data, the Taliban movement has received over 360 million dollars from the US budget for the services it has been providing to US private contractor firms. This number constitutes the second largest sources of income for the mujaheddin movement, with the proceeds from drug trade still occupying the top of the list.

When the number of US troops in certain conflict zones of abroad decreases, it is usually accompanied by an increase in the number of employees of private contractor firms willing to risk their heads for a paycheck.

There’s no official data on the losses that military contractor firms suffer. Thus, the White House is capable to significantly lower the actual number of American citizens dying in the conflicts that it started. The US public has been known for its casualty shyness, therefore, Washington is happy to bend the numbers in a bid escape the possible public outrage, since there’s no protests when there’s no information about the number of Americans who sacrificed their lives for somebody’s else profit.

In addition, the White House is actively seeking ways to shift the blame and responsibility for the rapidly growing number of cases of mass civilian massacres that regularly occur in Iraq, Syria, Afghanistan, Yemen and other countries, pushing military contractor firms under the bus in a bid to escape criticism.

At the same time, Western think tanks must have forgotten that even under contractual obligations, any responsibility for the crimes conducted by Washington’s henchmen resides on the shoulders of its elected officials, since military contractors are directly fulfilling the orders given to them by the Pentagon, the State Department and the US Agency for International Development.

The recent US Armed Forces track record in various states is showing that they are incapable of carrying out any serious tasks without relaying on the private military contractor firms, which shows the unprecedented level of dependence that American soldiers have had on those entities.

However, when a majority of tasks that a government must fulfill is being outsourced, it can only result in the destruction of the very foundations of America’s national security.