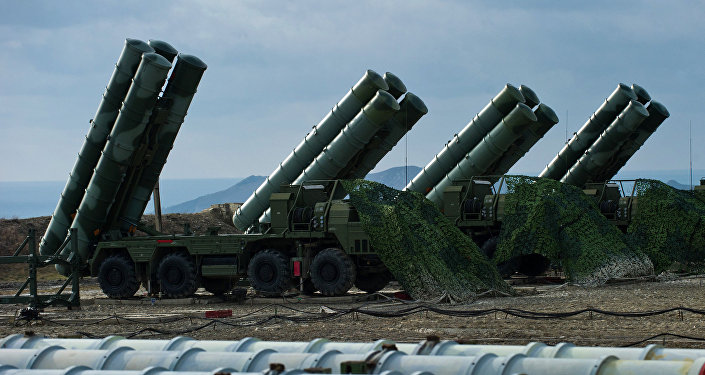 Talks with Russia on deliveries of S-400 air defense systems to Turkey are at final stages, but Ankara still aims to manufacture its own components for such systems, Turkish Defense Minister Fikri Isik said Wednesday.

ANKARA (Sputnik) — Russia and Turkey have been engaged in talks on the S-400 deal since 2016. In March, Sergey Chemezov, CEO of the state-owned Russian corporation Rostec, confirmed that Ankara was willing to buy the S-400 if Moscow provides a loan.Turkey’s purchase of the S-400 system was also discussed during President Recep Tayyip Erdogan’s visit to Russia.

“Negotiations with Russia on the S-400 have reached a mature stage, only technical details are remaining. When we agree on a price, we will submit it to our president, and a decision will be made,” Isik said in an interview with Turkey’s NTV television.

“[However], our main goal, against which no one can speak, is to produce our own components for an air defense system. And we have started a serious work in this direction,” Isik stressed.

On April 28, Turkish Foreign Minister Mevlut Cavusoglu said Moscow and Ankara had reached an agreement on the purchase of the S-400 air defense systems with the negotiations on joint production and the prices being underway.

The S-400 Triumf, which NATO refers to as the SA-21 Growler, was developed by the Almaz-Antey defense contractor and manufactured by the Fakel Machine-Building Design Bureau. The system is capable of intercepting all types of modern air weaponry, including fifth-generation warplanes, as well as ballistic and cruise missiles at a maximum range of nearly 250 miles.