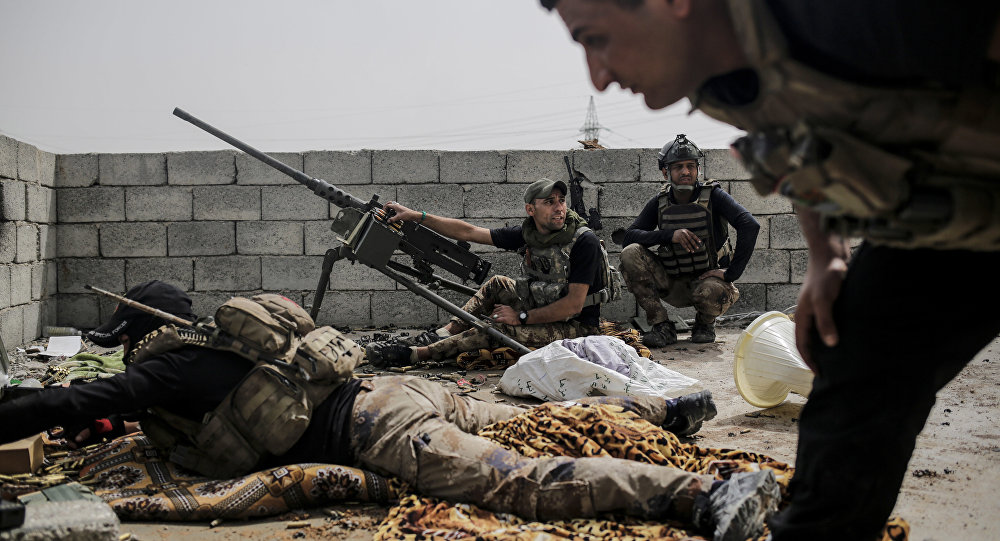 “Sixty-two countries, including the United States, are part of the international coalition in Iraq. The US has enormous military capabilities and the most cutting-edge weapons. However, airstrikes conducted by foreign planes have not had a crushing effect on Daesh,” he said, adding that the counterterrorism operation in Iraq has been used to pressure politicians in other countries.

Washington’s decision to refrain from providing advanced armaments to Baghdad has slowed down the army’s advance against terrorists, the analyst said, adding that Iraqi security forces have lost their advantage as a result. Meanwhile, the Trump administration has given the green light to arms deliveries to the Syrian Kurds in their efforts to retake the Syrian city of Raqqa, Daesh’s de facto capital.Brigadier General Yahii Rasul named Daesh’s fierce resistance as the main reason why Mosul, the second largest city in Iraq, has not been fully liberated. The city has symbolic value for the militant group since it was in the Great Nuri Mosque that Abu Bakr al-Baghdadi proclaimed the rise of Daesh’s caliphate, he added.

“Terrorist attacks in different parts of Iraq, including the attack on Kurdish-administered areas near Kirkuk, have one goal. They are aimed at boosting morale of the militants who are suffering defeat after defeat in Mosul and elsewhere,” he said.

Brigadier General Yahii Rasul further mentioned that pushing Daesh out of Mosul is a priority for Iraqi security forces. Other towns and settlements still held by Daesh will be liberated once Mosul is under Baghdad’s full control. 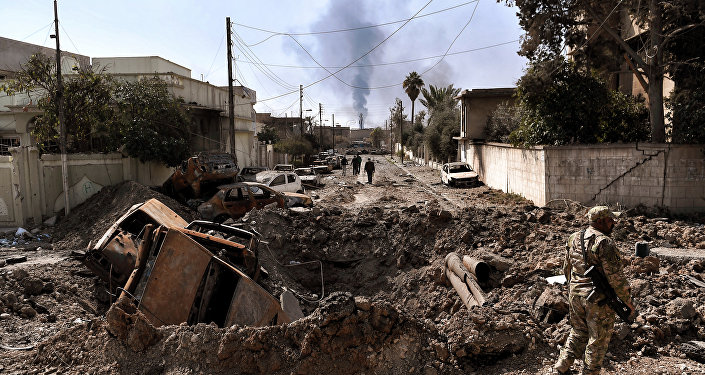 Ahmad al-Sharifi also criticized Ankara for its activities in Iraq.Turkey “has prevented the Iraqi Armed Forces from entering Tal Afar and Hawija,” he said. Both Iraqi towns have been under Daesh occupation, with the latter often used for mass executions.

“Iraq is currently engaged in the war against terrorists. It does not have an opportunity to settle disputes with neighbors, whatever the cost,” the analyst added, referring to Turkey. “At the same time you need to understand that the US will never go against Turkey, its strategic partner.”