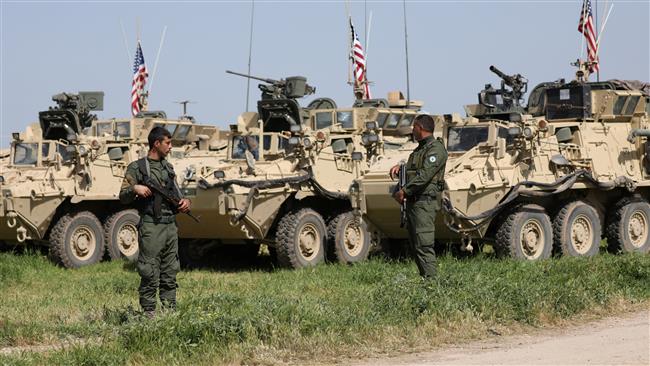 Ankara expressed disappointment with the US decision to send heavy weapons to Kurdish militants, while the Kurds praised Washington’s decision as a “historic” move that greatly expands the group’s capabilities to “fight terrorism.”

The Turkish government has asked the US to reverse its decision to broaden support for Syria’s Kurdish-led Syrian Democratic Forces (YPG), stating that it is unacceptable for a NATO ally to support “terrorist groups.”

The decision to supply arms to Kurds would have “consequences” and a potentially “negative result” for Washington, Turkish Prime Minister Binali Yildirim warned on Wednesday.

“We cannot imagine [the US] making a choice between our strategic-level partnership and a terrorist organization,” Yildirim said, as quoted by the Sabah daily. “The US administration still has a chance to consider Turkey’s sensitivities of highest level on the PKK. If the decision is taken otherwise, this will surely have consequences and will yield a negative result for the US as well.”

Every weapon given to the YPG represents a threat to Turkey, Foreign Minister Mevlut Cavushoglu told reporters on Wednesday.

“If we support the territorial integrity of Syria, we should take lessons from the mistakes we made in Iraq and abstain from making any wrong moves. YPG and PKK are the same entity, there’s no difference between them,” Cavushoglu said, according to NTV broadcaster. “Every weapon which gets into their hands represents a threat to Turkey.”

“We cannot accept the presence of terrorist organizations that would threaten the future of the Turkish state,” Turkish Deputy PM Nurettin Canikli told broadcaster A Haber on Wednesday. “We hope the US will put a stop to this wrong and back down from it. This policy will not be beneficial to anyone; you can’t be in the same sack as terrorist organizations.”

While the YPG is a US ally in Syria, Ankara perceives it as an extension of the outlawed Kurdistan Workers Party (PKK), which is considered a terrorist group in both Turkey and the US.

As the decision to supply heavier weapons was announced, White House press secretary Sean Spicer said that the US “reassures the people and the government of Turkey that the US is committed to preventing additional security risks and protecting our NATO ally.”

The US responded to the comments by the senior Turkish officials, with US Defense Secretary Jim Mattis promising to “work out” concerns over arming the YPG fighters.

“We will work very closely with Turkey in support of their security on their southern border. It’s Europe’s southern border, and we’ll stay closely connected,” Mattis said on Wednesday, according to Reuters.

The YPG militia praised the US’ decision, stating that it would boost the group’s capability to “fight terrorism.”

“We believe that from now on and after this historic decision, (the YPG) will play a stronger, more influential and more decisive role in combating terrorism at a fast pace,” Reuters cited YPG spokesman Redur Xelil as saying in a written statement.

The decision to supply weapons to YPG militia came amid recent tensions between the US and Turkey after Ankara’s strikes on Kurdish-held areas in Syria and Iraq late in April. The aerial bombing and artillery shelling killed a number of YPG militants and Iraqi Peshmerga fighters. Several civilians also perished in the strikes on Syria, according to the militia groups’ statements. Turkey, however, claimed that it had targeted solely PKK “terrorists.” Iraqi Kurds acknowledged a PKK presence in the targeted areas, but the YPG did not.

After the incident US troops arrived to the targeted locations to inspect the damage The demonstration of American military presence in the region met a harsh reaction in Ankara.

President Erdogan’s senior aide Ilnur Cevik said the US forces in Syria could be “accidentally” hit by Turkish strikes, as their presence wouldn’t shield “PKK terrorists” from Turkey’s forces.

Cevik, however, later somewhat softened his stance, stating that “has never and will never hit its allies anywhere and that includes the US in Syria,” while adding that “no one should allow our US allies to become a shield for them.”