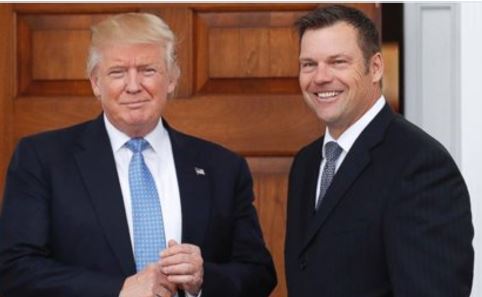 Selective attention is happening in Washington, forcing the left to be focused on seeded news, such as Russian hacking, rather than vote theft.

“The officials say Vice President Mike Pence and Kansas Secretary of State Kris Kobach will be announced as Chair and Vice Chair of the ‘Presidential Commission on Election Integrity’ in a press release today.

Kobach just lost his appeal and “has been ordered to turn over documents from his meeting with President Donald Trump to the ACLU by Friday,” according to The Kansas City Star, yesterday.

“U.S. District Judge Julie Robinson on Wednesday upheld an earlier order from a federal magistrate judge requiring Kobach to hand over the documents to the American Civil Liberties Union as part of an ongoing voting rights lawsuit against his office.”

Kobach has also been investigated by journalist Greg Palast who found that Kobach led the effort to purge over one million voters fraudulently in the 2016 election.

Empire Files: The Hidden Purging of Millions of Voters

Interstate Crosscheck was Donald Trump's secret weapon — that handed him the election more than anything. It’s a way that you can eliminate voters of color — just wipe them off the voter rolls. Our experts estimate that 1.1 million people lost their votes — especially concentrated in key swing states. Michigan, Ohio, North Carolina, Arizona — that’s where Crosscheck was operating…. It doesn’t matter how you voted because they already eliminated the margin in those really close states. For more on #Crosscheck, watch The Best Democracy Money Can Buy: The Movie — available to stream worldwide from just $2.99: thebestdemocracymoneycanbuy.com/dvd-streaming/

Palast said, “Trump signaled the use of ‘Crosscheck’ when he claimed the election is ‘rigged” because ‘people are voting many, many times.’ His operative Kobach, who also advised Trump on building a wall on the southern border, devised a list of 7.2 million ‘potential’ double voters—1.1 million of which were removed from the voter rolls by Tuesday. The list is loaded overwhelmingly with voters of color and the poor. Here’s a sample of the list:

“Those accused of criminal double voting include, for example, Donald Alexander Webster Jr. of Ohio who is accused of voting a second time in Virginia as Donald EUGENE Webster SR.”

These were two different people with similar names that were purged fraudulently by Kobach operatives. No social security numbers or birth dates were used, even the names did not exactly match most times, and typically these were voters of color who were more likely to vote Democratic. Now Trump has made the vote purger the Vice Chair of his new commission, potentially to continue to abuse his position of power, and prevent true investigation into the fraudulent voter purges that occurred in the 2016 election.

“After 9/11, U.S. Attorney General John Ashcroft tasked Kobach with creating a system to track foreign travelers. (It was later shut down over concerns about racial profiling.) He is best known as the author of Arizona’s ‘Driving While Brown Law,’ which allowed cops to pull over drivers and ask for proof of their legal status. He co-wrote the ultraconservative 2016 RNC party platform, working in a recommendation that Crosscheck be adopted by every state in the Union. He’s also the Trump adviser who came up with a proposal to force Mexico into paying for Trump’s wall.

“In January 2013, Kobach addressed a gathering of the National Association of State Election Directors about combating an epidemic of ballot-stuffing across the country. He announced that Crosscheck had already uncovered 697,537 “potential duplicate voters” in 15 states, and that the state of Kansas was prepared to cover the cost of compiling a nationwide list. That was enough to persuade 13 more states to hand over their voter files to Kobach’s office.

“In battleground-state Ohio, Republican Secretary of State John Husted’s Crosscheck has flagged close to half a million voters. In Dayton, we tracked down several of the suspects on our lists. Hot spots of “potential duplicate” voters, we couldn’t help but notice, were in neighborhoods where the streets are pocked with rundown houses and boarded storefronts.”

One group that does find voter fraud to be very rampant is the Federalist Society. 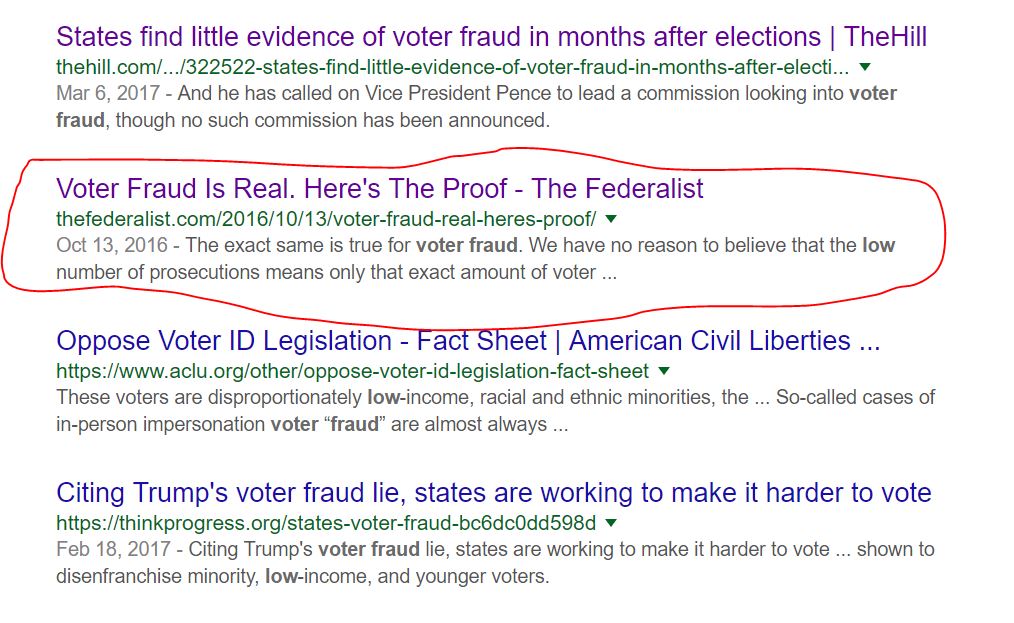 Why? Because the majority of the population is changing to include more people of color, and more people who favor liberal ideologies, so the minority is forced to do all it can to prevent the majority from having a voice.

In reality, this is what the selective attention may be geared at, forcing the left to follow along to combat the planted stories of Russian hacking rather than the reality of corporate based internet manipulation and perception management, combined with hacking to sway the 2016 election and future elections, and not face the larger problem of voter purges and other tactics used against Democratic voters in red states. The real issues get ignored. The domestic problem of vote purges far outweigh the severity of the “Russian hacking” – over one million votes vs. what was gained through the planted stories and hacking.

In the Senate Judiciary on Russia’s election hacking, where was the mention of Cambridge Analytica and SCL? Senator Sheldon Whitehouse clearly mentions the bots and “fake news” and targeted news distribution, but there is no mention of the who could be behind it – who had the technical capabilities to conduct such an operation. Why is no question ever asked about the technocrats that stand behind the Trump administration through Robert Mercer that do have ties in Russia, as that is where SCL is based out of.

Why does Congress not see the larger, real issue of manipulation and control behind the scenes by the Right that is desperate to prevent the majority from having their voice heard? If Congress does not fight Kobach and out Cambridge Analytica through a thorough investigation, it is clearly complicit against the majority of Americans.