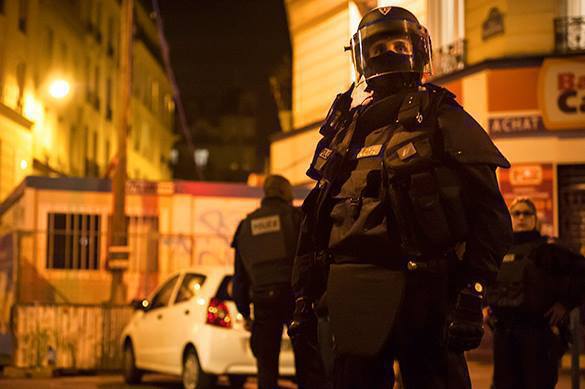 One of the prime goals for new President of France Emmanuel Macron is to completely eradicate terrorism in the country. The killing of a policeman on the Champs-Elysees shortly before the first round of the presidential election has once again reminded the French: the level of the terrorist threat in their country is extremely high.

French news agencies regularly report about efforts to prevent terrorist attacks in various regions of  France. On April 18, two men were arrested in Marseilles on suspicion of working on a terrorist attack. According to various estimates, at least 2,000 people in France are somehow connected with terrorist cells in Iraq and Syria, the National Office of the Interior of France said. Needless to say that the real figure can be a lot larger.

In today’s France, special services are simply unable to monitor all radicals and predict their actions. For example, the terrorist, who killed the policeman on the Champs Elysees, radicalised  himself during a very short period of time. Special services paid attention to him in December 2016, when he tried to get in touch with an ISIL fighter and acquire weapons. When the police searched his apartment, the police did not find anything suspicious there. The police had not given the man the “S” status which is assigned to particularly dangerous radicals to track their movements.

Paradoxically, the weakening of terrorist forces in Iraq and Syria does not mean that the risk of terrorist attacks in France is declining. ISIL’s retreat only means that hundreds of militants with French passports will return to Europe. Since 2012, more than a thousand French people have taken the side of terrorists. Even if some of them have returned home, it does not mean that they have abandoned their ideas, French journalist David Thomson believes.

Radicals continue their subversive activities even in jail, where they propagate jihad and find new supporters. In late 2016, the French penitentiary service said that as many as 1,500 inmates were “in the process of radicalisation.” It is worth recollecting the Champs-Elysees terrorist here again. The man had spent 14 years of his life in prison. For the first time, he was jailed for an attempt to attack police officers. Four years ago, he found himself behind the bars again, for theft offence.

Many present-day jihadists are former criminals who served sentences in French prisons. The above-mentioned two men, who were arrested in Marseilles, met in a prison cell. According to David Thomson, radicalism attracts those who share aversion to the French political system and state institutions. Prison circles contribute to the dissemination of this ideology, the journalist says. This is what had happened to the Champs-Elysees attacker: the man was despising the French police long before he became a radical.

Emmanuel Macron will have to look for a solution to the problem of prisons that to not actually serve as penitentiary institutions, but virtually appear as camps, where new radicals are hired and trained. Macron will have to raise the efficiency of French special services and prevent the recruitment of people from poor levels of the French population. Those people are deeply dissatisfied with what the French society offers them today, so they prefer to turn to radical movements. One should bear in mind the fact that most French terrorists come from problem areas of the entire territory of France, and those people have no education at all. Yet, to eradicate terrorism, the French will need a lot more time than one presidential term.