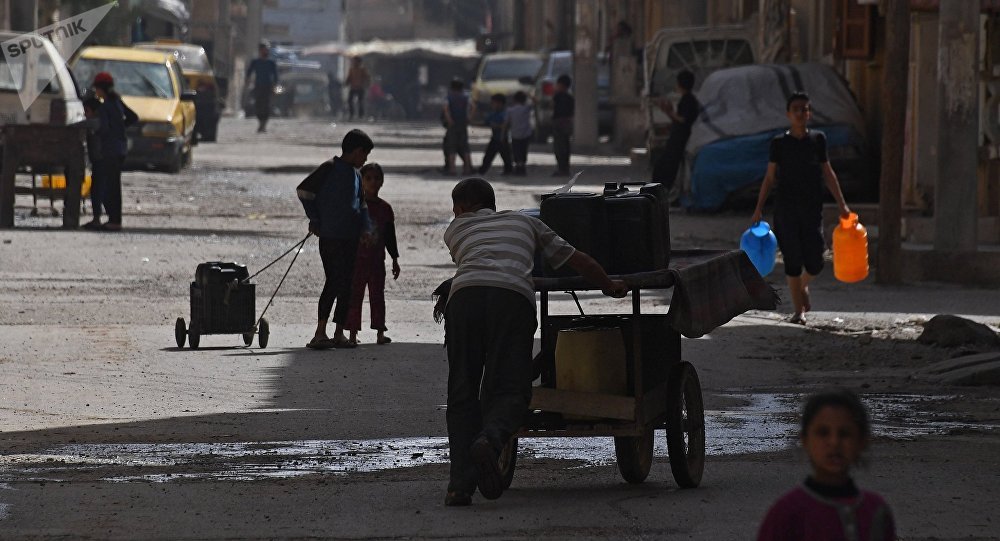 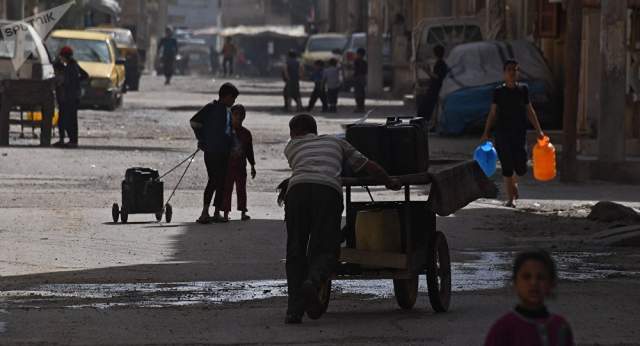 [ Editor’s Note: Sputnik had a refresher this morning reminding us of the steps outlined in the Astana agreement for the “de-escalation zones” in Syria. It is short on any new details of what the three guarantors would do about opposition groups that do not comply, although it is clearly spelled out that the attacks on ISIS and al-Nusra will continue.

Missing so far is how they plan to deal with the membership roulette game the jihadis and officially designated terrorists have been playing by flowing their members back and forth as needed to suit their combat and political tactical needs.

But al-Nusra is not waiting for any clarification, having already announced it would be confiscating the ammo depots of the opposition groups in Idlib and arresting their leaders to preempt them going over to the SAA. This might start up new infighting among the anti-Damascus groups, as al-Nusra has said it will attack any group that supports the ceasefire.

Some of this could be staging and play acting, so we will have to wait and see what the jihadis do, and then the guarantors, especially Turkey, which has a long record of having supported the insurgents. Erdogan may be involved in this just to be able to resupply the opposition groups by smuggling combat supplies through humanitarian aid and convoys, which it has done for years.

This will by no means be an easy feat to accomplish, as there are many enemies of peace still on the battlefield and in the capitals of the world. But at this stage of the game, maintaining momentum toward peace has to be visible to increase the hope and interest in a political settlement… Jim W. Dean ]

By May 22, Russia, Turkey, and Iran, the guarantors of the Syrian ceasefire, have to complete the final geographic division of the four safe zones in Syria, also referred to as “de-escalation zones”.  Sputnik has delved into the details of the suggested plan and its difference from the similar initiatives of the US and Turkey.

An agreement to set up the safe zones in Syria came into effect a week ago, at midnight on Saturday, May 6, local time, (22:00 GMT on May 5). Russia, Turkey, and Iran, the guarantors of the initiative, who authorized the memo creating the safe zones during Syria talks in Kazakhstan’s capital, Astana on May 4, have to complete the final geographic division of the four areas within a month.

According to the memorandum, the preparation of the maps of the de-escalation areas and security zones should be completed by June 4, 2017. By the same date, the Guarantors should separate the armed opposition groups from the terrorist groups DAESH/ISIL/Islamic State, al-Nusra Front and all other individuals, groups, undertakings and entities associated with Al-Qaeda or DAESH/ISIL//Islamic State.

The zones are located in the Idlib Governorate and parts of neighboring Latakia, Aleppo and Hama provinces; in the northern part of Homs province; in the Damascus neighborhood of Eastern Ghouta, and in parts of southern Deraa and Quneitra provinces bordering Jordan.

Thus, by May 22, the working group of the representatives of the guarantor states has to define the areas within the above safe zones which are still under control of terrorists and exclude them from the ceasefire agreement. So far, it is only known for certain that Eastern Ghouta municipality of Qaboun, in the neighborhood of Damascus, which is still controlled by al-Nusra and from where they are shelling on the dwelling areas of Damascus, will be excluded from this safe zone.

The Plan of Russia, Turkey and Iran

The plan suggests that within the lines of the de-escalation areas hostilities between the conflicting parties (the government of the Syrian Arab Republic and the armed opposition groups that have joined and will join the ceasefire regime) with the use of any kinds of weapons, including aerial assets, should be ceased.

Checkpoints and observation posts are to be positioned along the de-escalation lines within the safe zones, according to the document. They will provide free movement of unarmed civilians and humanitarian access to the areas, under guarantor states’ control. Russian delegation head at Astana talks and Special Presidential Representative for Syria Alexander Lavrentyev said that Russia was ready to send its observers to the safe zones in Syria and did not rule out other countries taking part in monitoring de-escalation.

Chief of the Russian General Staff’s Main Operational Directorate Col. Gen. Sergei Rudskoy said that the work of checkpoints and observation posts will be under control of Russia, Turkey and Iran. Under mutual agreement of the three countries, they can draw in units of other countries.

The memorandum stated that the creation of the de-escalation areas and security zones is a temporary measure, the duration of which will initially be 6 months and will be automatically extended on the basis of consensus of the Guarantors.

Syria’s President Bashar Assad has recently said that he believes that the internationally agreed de-escalation zones are a real opportunity to finally achieve peace in his war-torn country, saying, all previous initiatives have failed due to some states hindering peace by pursuing own political goals.

The “foremost” aim of the de-escalation or safe zones is to protect peaceful civilians, but Assad said they also provide armed militants with an opening “to enter into a truce with the government.”

“This is a chance for a person with weapons in hand to pause to think. In other words, if they lay down arms, amnesty would follow,” the Syrian president said in an interview with Belarusian ONT television aired on Thursday.

It should be noted however that the idea of the safe zones in Syria is not new. It was earlier voiced by Turkish President Recep Tayyip Erdogan. However Ankara’s major task initially was not the settlement of the Syrian conflict but rather enduring of its own security and the setup of control over the border territories.

With this very purpose it launched its Operation Euphrates Shield in August 2016, planning to squeeze Kurdish units out of northern Syrian territories. This task however has been fulfilled only partially.

Back in January, US President Donald Trump promised to “do safe zones in Syria” for refugees fleeing violence in the war-torn country. He was then expected to sign a draft order to the Pentagon and the State Department to produce a plan to provide safe areas in Syria and in the surrounding region in which Syrian nationals displaced from their homeland can await firm settlement, such as repatriation or potential third-country resettlement.

The Turkish government had long pressed Obama, without success, for creation of a no-fly zone in Syria on its border with Turkey. US military officials had long warned that the creation of no-fly zones inside Syria would require a large number of additional resources beyond the fight against Islamic State (Daesh).

On the campaign trail, Trump gave no details as to how he might go about creating such havens, except to say that he would ask Gulf states to help pay. In February, the US leader reiterated that the Gulf States should pay for these safe zones.

“We do owe $20 trillion. Okay. So we’re going to have the Gulf states pay for those safe zones. They’ve got nothing, but money,” he then said.

Will the Americans, Israelis and Saudis Join In?

Hence the main difference of the document signed by Russia, Iran and Turkey in Astana is that it is aimed at a complex settlement of the situation in Syria. While Washington’s effort was aimed at tacking only one problem  — the refugee influx into  Europe  and the US.

The US is now studying the terms of the memorandum.  US Secretary of Defense James Mattis has recently questioned the Russian-sponsored plan saying that it “poses many unanswered questions, including whether it would be effective.”

“The devil is always in the details, right? So we have to look at the details, see if we can work them out, see if we think they’re going to be effective,” the Pentagon head told journalists on Monday.

The agreement between Moscow, Tehran and Ankara presumes the cessation of airstrikes in Syria. However the US State Department has said the US military won’t join this moratorium.

Israel seems to have a similar position on the issue. Recently Saudi-owned broadcaster Al Arabiya reported that the Israeli authorities informed Moscow that Israel will strike on Syrian territory “in case of necessity.”

It cited its Israeli sources as saying that “attack will be done when attempts to transfer weapons to the Lebanese paramilitary group Hezbollah, or if Iran and Hezbollah to create a new front in the Syrian part of the Golan Heights.”

The Saudi authorities however have fully supported the document signed in Astana. They probably did not like Trump’s idea to pay for the safe zones in Syria and rushed to support the alternative project.