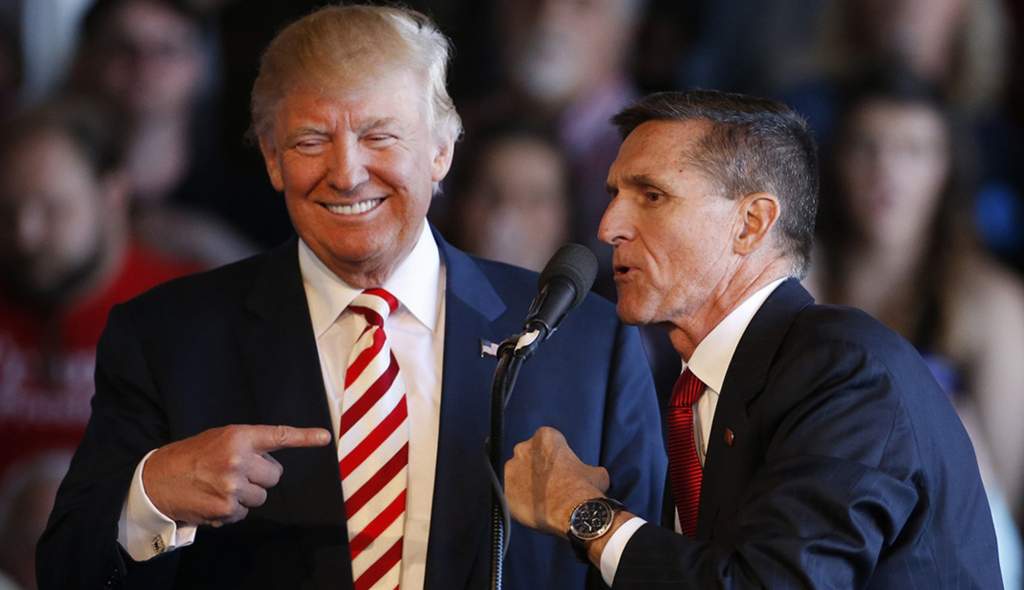 [ Editor’s note:  This week, thugs paid by Erdogan assaulted Kurdish demonstrators outside the White House.  It was Turkey that brought Sarin gas to Idlib and Trump attacked Damascus for it.

Trump allowed Turkey to repeatedly bomb America’s allies in Syria, with American advisors embedded with them scrambling for their lives.  Now we see that Trump and Flynn scuttled US efforts against ISIS on behalf of Turkey, Flynn got $530,000 and Trump simply served the gangsters who financed Trump SOHO and so much more, his Bayrock partner.

Flynn had been on the Turkish payroll and under active investigation by the FBI for working for Turkey, not Russia but Turkey, when Trump put him into the White House.  Trump knew this according to this story from the New York Times:

WASHINGTON — Michael T. Flynn told President Trump’s transition team weeks before the inauguration that he was under federal investigation for secretly working as a paid lobbyist for Turkey during the campaign, according to two people familiar with the case.

Despite this warning, which came about a month after the Justice Department notified Mr. Flynn of the inquiry, Mr. Trump made Mr. Flynn his national security adviser. The job gave Mr. Flynn access to the president and nearly every secret held by American intelligence agencies.

Mr. Flynn’s disclosure, on Jan. 4, was first made to the transition team’s chief lawyer, Donald F. McGahn II, who is now the White House counsel. That conversation, and another one two days later between Mr. Flynn’s lawyer and transition lawyers, shows that the Trump team knew about the investigation of Mr. Flynn far earlier than has been previously reported.

So when Flynn got in and blocked the Obama military program to take Raqqah, cutting off aid to the forces we trained, even allowing Turkey to bomb Kurds with Americans embedded with them, and saying nothing, we think maybe we have the real smoking gun for another special prosecutor… Gordon]

By Vera Bergungreun for McClatchy

One of the Trump administration’s first decisions about the fight against the Islamic State was made by Michael Flynn weeks before he was fired – and it conformed to the wishes of Turkey, whose interests, unbeknownst to anyone in Washington, he’d been paid more than $500,000 to represent.

The decision came 10 days before Donald Trump had been sworn in as president, in a conversation with President Barack Obama’s national security adviser, Susan Rice, who had explained the Pentagon’s plan to retake the Islamic State’s de facto capital of Raqqa with Syrian Kurdish forces whom the Pentagon considered the U.S.’s most effective military partners. Obama’s national security team had decided to ask for Trump’s sign-off, since the plan would all but certainly be executed after Trump had become president.

Flynn didn’t hesitate. According to timelines distributed by members of Congress in the weeks since, Flynn told Rice to hold off, a move that would delay the military operation for months.

If Flynn explained his answer, that’s not recorded, and it’s not known whether he consulted anyone else on the transition team before rendering his verdict. But his position was consistent with the wishes of Turkey, which had long opposed the United States partnering with the Kurdish forces – and which was his undeclared client.