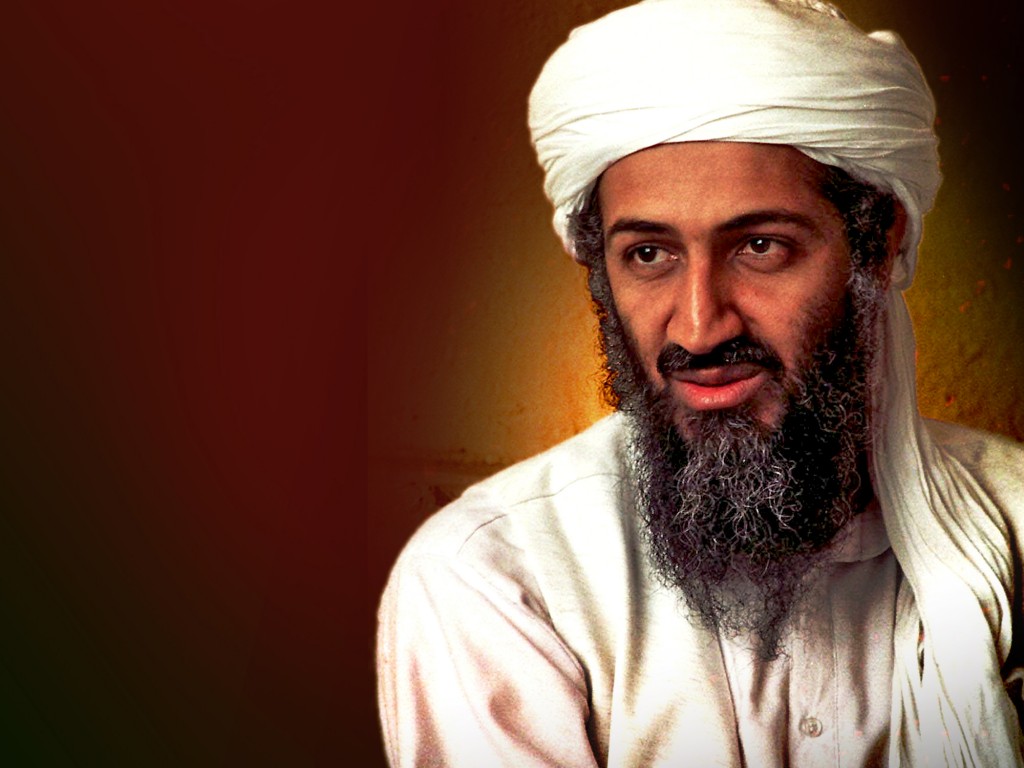 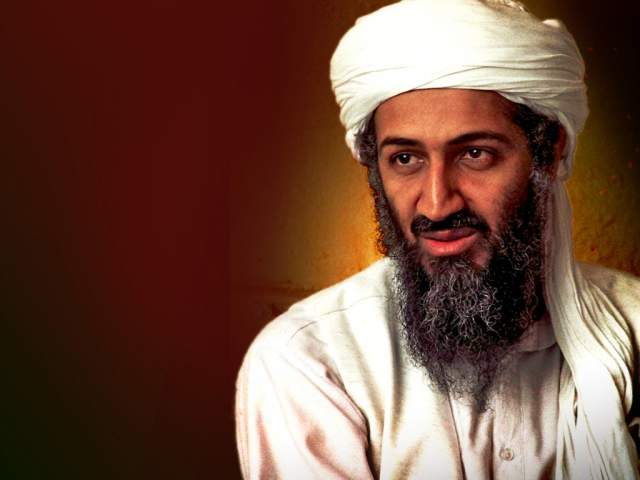 [Editor’s note: Osama Bin Laden, the name has gone down in infamy alongside luminaries of the ‘War On Terror’ such as Saddam Hussain and Muammar Gadaffi. In fact, Osama Bin Laden has taken on something of a mythological status in today’s world thanks to the machinations of a corrupt media that kept his name front and centre of their ‘newscasts’ for many years.

However, for someone so often spoken of by the media and so demonised by the intelligence services of the west, we know precious little. What we do know is that by 2001 and the event that his name will forever be intimately associated with – the so-called terror attacks of 9/11, Osama Bin Laden was a very sick man, in fact, he was dying. By November of that year he was dead of renal failure, his kidneys finally giving out on him somewhere in Afghanistan. Before he died he issued a statement disavowing any involvement in the 9/11 attack, which was absolutely true and anyone who still thinks he planned and directed that operation from a cave in the mountains of Afghanistan has had too much Kool-aid.

The inconvenient fact that Osama Bin Laden died in November 2001 therefore undermines the subsequent narrative sold to us by the MSM and exposes the many videos and photographs that were released over the following years that purported to show Bin Laden – they were fake, all of them, many of them obviously so. Most importantly of all, it exposes the whole Obama era myth of the SEAL team raid on a compound in Abbotabad, Pakistan that killed Bin Laden before disposing of his body in the ocean, conveniently disposing of the ‘evidence’.

The West didn’t let the death of their chosen bogeyman derail their plans for the ‘War On Terror’ and the perpetual wars in the Middle East that have followed and the myth of Osama Bin Laden remains, for many of the sheeple, a powerful means of instilling terror and persuading them to back their governments in ever more murderous and illegal interventions in the name of defeating ‘Islamic Extremism’.

Let us hope that, in the future, subsequent generations will learn the truth about Bin Laden and the mythos and lies that were spread after this death; however, it may take a long time, just as even today, the truth about many aspects of the life and deeds of Adolf Hitler remain unknown to the masses. Ian]

In his March 10 article [1] for the Washington Post, Husain Haqqani, Pakistan’s ambassador to the US at the time of Osama Bin Laden’s execution in May 2011, has confessed to the role played by the Zardari Administration in facilitating the killing of Bin Laden.

Husain Haqqani identified then-president Asif Ali Zardari as his “civilian leader” and revealed in the article: “In November 2011, I was forced to resign as ambassador after Pakistan’s military-intelligence apparatus gained the upper hand in the country’s perennial power struggle. Among the security establishment’s grievances against me was the charge that I had facilitated the presence of large numbers of CIA operatives who helped track down bin Laden without the knowledge of Pakistan’s army, even though I had acted under the authorization of Pakistan’s elected civilian leaders.”

This confessional statement by Ambassador Haqqani lends further credence to Seymour Hersh’s account of the execution of Bin Laden in his book and article titled: The Killing of Osama Bin Laden [2], which has been published in the London Review of Books in May 2015.

According to Hersh, the initial tentative plan of the Obama Administration regarding the disclosure of the execution of Bin Laden to the press was that he had been killed in a drone strike in the Hindu Kush Mountains on the Afghan side of the border. But the operation didn’t go as planned because a Black Hawk helicopter crashed in Bin Laden’s Abbottabad compound and the whole town now knew that an operation was underway.

Therefore, the initial plan was abandoned and the Obama Administration had to go public within hours of the operation with a hurriedly cooked up story. This fact explains so many contradictions and discrepancies in the official account of the story, the biggest being that the United States Navy Seals conducted a raid deep inside Pakistan’s territory on a garrison town without the permission of Pakistani authorities.

Moreover, according to a May 2015 AFP report [3], Pakistan’s military sources had confirmed that there was a Pakistani defector who had met several times with Jonathan Bank, the CIA’s then-station chief in Islamabad, as a consequence of which, Pakistan’s intelligence had disclosed Bank’s name to local newspapers and he had to leave Pakistan in a hurry in December 2010 because his cover was blown.

Seymour Hersh has posited in his investigative report on the Bin Laden operation in Abbottabad that the Saudi royal family had asked Pakistan as a favor to keep Bin Laden under protective custody, because he was a scion of a powerful Saudi-Yemeni Bin Laden Group and it was simply inconceivable for the Saudis to hand him over to the US.

Additionally, it should be kept in mind that Pakistan’s military and Saudi Arabia have deep and institutionalized links: thousands of Pakistani retired and serving army officers work on deputations in the Gulf States. Furthermore, during the ‘80s, when Saudi Arabia lacked an efficient intelligence set-up, Pakistan’s Inter-services Intelligence (ISI) virtually played the role of Saudi Arabia’s foreign intelligence service. And more recently, Pakistan’s former army chief, Raheel Sharif, has been appointed to lead a 40 member, Saudi-led alliance of Muslim countries to battle terrorism, dubbed as “the Muslim NATO.”

But once the Pakistani walk-in colonel, as stated in the aforementioned AFP report, had told then-CIA station chief in Islamabad, Jonathan Bank, that a high-value al Qaeda leader had been hiding in an ISI’s safe house in Abbottabad, right next to the Pakistan Military Academy, and after that, when the CIA obtained further proof in the form of Bin Laden’s DNA through the fake vaccination program carried out by Dr. Shakil Afridi, then it was no longer possible for Pakistan’s security establishment to deny the whereabouts of Bin Laden.

In his book, Seymour Hersh has already postulated various theories that why it was not possible for Pakistan’s military authorities to simply hand Bin Laden over to the US, the way the Musharraf Administration had extradited scores of al-Qaeda operatives caught in Pakistan to the Guantanamo Bay in the early years of the war on terror.

Here, let me only add that in May 2011, Pakistan had a US-friendly Zardari Administration in power. And as Ambassador Haqqani has pointed out in his article that then-army chief, Ashfaq Pervez Kayani, and the former head of military intelligence, Shuja Pasha, had been complicit in harboring Bin Laden, thus it cannot be ruled out that Pakistan’s military authorities might still have had strong objections to the US Navy Seals conducting a raid deep inside Pakistan’s territory on a garrison town.

But Pakistan’s civilian administration under then-president Asif Ali Zardari must have persuaded the military authorities to order the Pakistan Air Force and air defense systems to stand down during the operation. Ambassador Haqqani’s role in this saga ruffled the feathers of Pakistan’s top brass to an extent that Husain Haqqani was later implicated in a criminal case regarding his memo to Admiral Mike Mullen and eventually Ambassador Haqqani had to resign in November 2011, just six months after the Operation Neptune Spear.

Moreover, Greg Miller of the Washington Post posited in his last year’s May 5 report [4] that Mark Kelton, the CIA station chief in Islamabad at the time of Bin Laden’s execution in Abbottabad, was poisoned by Pakistan’s military intelligence. It should be remembered here that Mark Kelton succeeded Jonathan Bank in January 2011, after the latter’s name was made public by Pakistan’s military intelligence due to Bank’s “suspicious activities.”

Seymour Hersh has mentioned in his report that the Pakistani walk-in colonel had met Jonathan Bank and had told the latter that a high value al-Qaeda target had been hiding in a compound in Abbottabad under the protective custody of Pakistan’s military intelligence. But in order to be sure, the US needed further proof, that’s why they arranged the fake vaccination program run by Dr. Shakil Afridi to obtain Bin Laden’s DNA samples.

The original deal between the Obama and Zardari administrations was that the story would be made public a week after the operation, as described by Hersh in his report, that Bin Laden had been killed/captured in the Hindu Kush Mountains on the Afghan side of the border.

The crashed Black Hawk in Bin Laden’s Abbottabad compound, however, made that impossible. The whole town now knew that an operation is underway and several social media users based in Abbottabad live-tweeted the whole incident on Twitter.

Therefore, the Obama Administration had to improvise within hours of the operation with a hurriedly cooked up story, and it tried to gain maximum political mileage out of the incident in order to secure a second term for then-president Obama in the elections slated for the next year. This fact explains so many discrepancies and loopholes in the official version of the story.