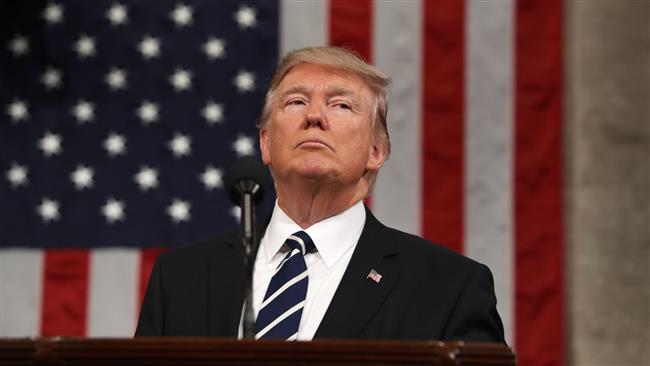 US President Donald Trump is a danger to the world who must be removed from the White House before things get even worse, German news magazine Der Spiegel has argued.

“Donald Trump is not fit to be president of the United States. He does not possess the requisite intellect and does not understand the significance of the office he holds nor the tasks associated with it,” Klaus Brinkbäumer wrote in an editorial published by the magazine on Friday.

“He doesn’t read. He doesn’t bother to peruse important files and intelligence reports and knows little about the issues that he has identified as his priorities. His decisions are capricious and they are delivered in the form of tyrannical decrees,” it added.

Last month, a group of American psychiatrists warned that Trump has a “dangerous mental illness” and is unfit to lead the country.

Over thirty mental health experts noted that Trump was “paranoid and delusional” and that they were responsible for warning Americans about the “dangers” Trump poses.

“We have an ethical responsibility to warn the public about Donald Trump’s dangerous mental illness,” they said.

Trump has been on defense for reportedly sharing classified information with Russian officials and allegedly trying to quash an FBI investigation into possible collusion between his presidential campaign and Moscow.

According to a report, Republicans on Capitol Hill are growing frustrated with Trump’s conduct in office, realizing that his deepening scandals could cost them re-election.

Many Republicans have in recent days joined Democrats in calling for a special prosecutor to take over the investigation, while others want a select congressional committee to be appointed. Some are even beginning to speculate about impeachment.

Trump faces accusations that he obstructed justice with his dismissal of FBI Director James Comey, who reportedly authored a memo that said the president asked him to drop an inquiry about former national security adviser Michael Flynn’s alleged ties to Russia.

The Der Spiegel editorial called Trump a “miserable” person. “He fired the FBI director simply because he could. James Comey had gotten under his skin with his investigation into Trump’s confidants. Comey had also refused to swear loyalty and fealty to Trump and to abandon the investigation. He had to go.”