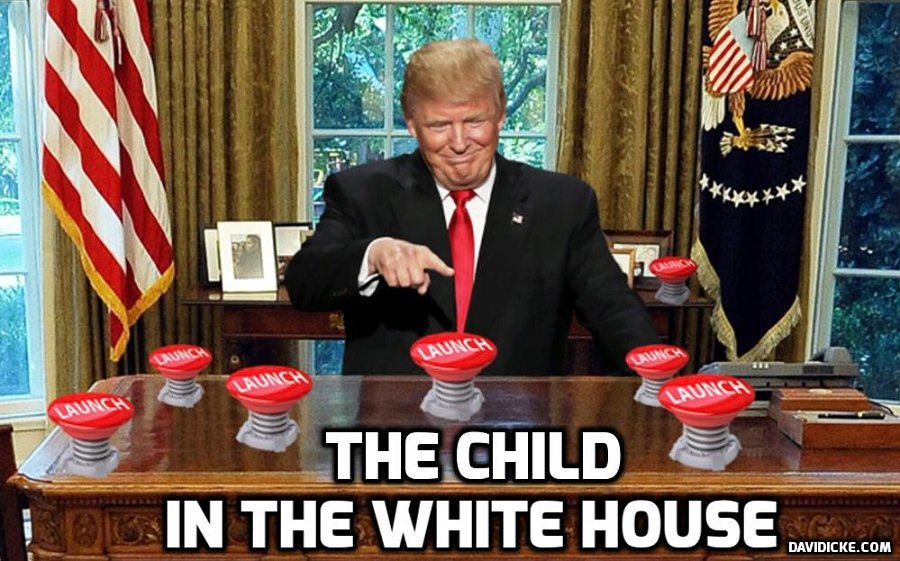 As reported on False Flag Weekly News (watch it above, click HERE for story links) we are lurching straight toward World War III. Here are some of the data points:

A second US aircraft carrier has arrived “on North Korea’s doorstep,” moving toward war with China as well as North Korea.

A top Russian general says the US is preparing a nuclear strike on Russia.

The US has openly invaded Syria and is conducting airstrikes (on behalf of ISIS and a re-named al-Qaeda) against the Syrian government.

The Zionist Entity, largely in charge of Washington DC since the 9/11 coup d’état, is openly calling for the assassination of President Assad.

Now Trump has gone to Saudi Arabia (the country he blames for 9/11) to dump a huge new pile of weapons on the Wahhabis and prime them for war on Iran. Then he will head over to Israel, where Bibi hopes Trump will move the US embassy to Jerusalem thereby declaring war on all of the world’s 1.7 billion Muslims.

Meanwhile, the Empire is waging covert war on its recalcitrant vassal state Venezuela as well as everybody else in Latin America who wants to have an independent country.

The imperial figurehead, Donald Trump, is an immature, profoundly flawed individual who largely follows his Kosher Nostra masters’ orders. When they order him to hit the launch buttons, will he he refuse? Don’t bet on it.

The long and short of it is that the bankster-owned Zio-American empire has in effect declared war on planet Earth.

Will Earth fight back?

Tune in next week to find out!

Protecting Your Family When You Are on Duty: A Helpful Guide for Soldiers