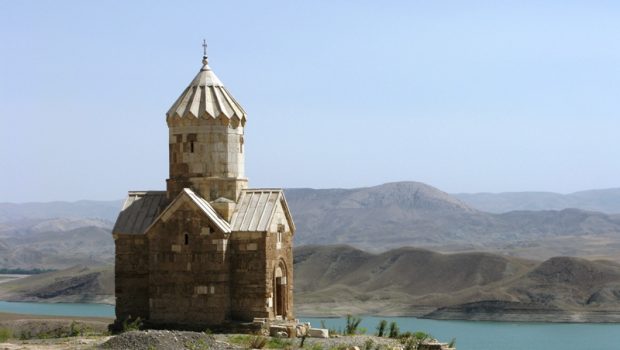 This week the European Parliament gears up for a debate on the situation of Christians in the Middle East. The horrific Palm Sunday bombings at two Egyptian churches on April 9 that killed at least 45 people have spurred the discussion. The so-called Islamic State (ISIS or IS) has claimed responsibility for the terrorist attacks.

Conservative political forces—the center-right European People’s Party (EPP), a collection of mainstream Christian-democratic parties, and, to its right, the European Conservatives and Reformists (ECR), an alliance of British Tories and assorted right-wingers—spearheaded the move to place this debate on the plenary agenda of the EP. Centrist and left-leaning groups such as Social Democrats, liberals and Greens, while not objecting in principle to debating the plight of the Christians, traditionally advocate a more inclusive approach that condemns the persecution of all religious and ethnic minorities in the Middle East, not just Christians.

If, however, the conservatives really care about the fate of the Christians in the Middle East, they should recognize that the situation is worst in some of the countries they count among the West´s staunchest allies. At the same time, the country the conservatives on both sides of the Atlantic often single out as a chief source of trouble in the region—Iran—is a far safer place for Christians, even if only by the admittedly low standards of the Middle East.

Take the latest atrocity in Egypt. Even as its president, Abdel Fattah al-Sisi, wins plaudits in the West for his supposed defense of Christians, the local Copts accuse the Egyptian security services of inadequate protection that made the Palm Sunday massacre possible.

Although US Vice President Mike Pence speaks at the World Summit in Defense of Persecuted Christians, his boss chooses Saudi Arabia as a destination for his first foreign visit. This is a country where churches are not allowed at all, and even private ceremonies and a possession of Bible can lead to an arrest.

Back in Europe, an overwhelming majority of the EPP and ECR MPs voted against an amendment to the 2016 resolution demanding an EU arms embargo against Saudi Arabia because of the situation in Yemen. More recently, a conservative Euro MP hosted an exhibition in the parliament lauding Qatar as a model of human rights in Islam. Although conditions for Christians there are not as extreme as in Saudi Arabia, Qatar tolerates no public visibility of their faith. Most Christians in Qatar are migrant workers from Philippines, Bangladesh, or Sri Lanka, who work in extremely harsh conditions and are denied their basic religious rights.

In Iran, by contrast, where the Christian population of mostly Armenians and Assyrians numbers approximately 300,000 people, the practice of Christianity is protected by law. The constitution of the Islamic Republic reserves five seats in the parliament for members of the religious minorities, among them two to Armenians, and one to Assyrians (the other two to Jews and Zoroastrians). Christians in Iran have their own schools, community centers, and even a football club called “Ararat.” In fact, the captain of the Iranian national football team is Andranik Teymourian, an Armenian Christian.

Armenians are also free to publicly commemorate on April 24 the genocide inflicted on them in the Ottoman Empire in 1915, although in Turkey, another Western ally, acknowledgment of that genocide is still considered a crime.

The Iranian state takes care of the maintenance of the Christian churches, some of which have great artistic and historic value such as the Vank Cathedral in Isfahan and Saint Thaddeus church in the town of Maku in West Azerbaijan province. Religious tourism is growing to these places from Armenia, Syria, Lebanon, and elsewhere. Unlike in Egypt, Pakistan, and Turkey, in Iran there have been neither murders of Christians nor attacks on churches motivated by anti-Christian hatred.

In recent years in Iran, inter-faith dialogue initiatives with Christians have picked up, notably by some senior Shiite clerics, such as the Ayatollah Makarem Shirazi. Also interested in these efforts are followers of the late Ayatollah Mahdavi Kani at the Imam Sadegh University that he established as well as clerics and students at the Qom-based University of Religions, which features the Old and New Testaments (alongside other religious and secular texts) in its library.

Of course, Iran is not a paradise for the Christians. The overall lack of democracy and freedom pushes many of them to emigrate, alongside other Iranians. They also suffer from discrimination specific to religious minorities. Christians are barred from holding high state offices, such as the presidency or in the judiciary, Council of Guardians, army, and security services. Security forces sometimes deal harshly with missionary activities, which are illegal. Converts often suffer discrimination in employment and pressure to revert to Islam. However, the traditional Islamic punishment—the death penalty—has not been applied in such cases.

There are other shifts as well. When powerful cleric Ahmad Jannati, the head of the Council of Guardians, tried to bar non-Muslims from running in local races (to take place on May 19, the same day as the presidential election), he was promptly contradicted by other clerics and officials, such as a senior Ayatollah Yousef Sanaei and the speaker of the parliament Ali Larijani. They argued that such a step would violate the constitution. In fact, some well-informed observers of Iranian politics point out that this year more Christian candidates are running than in previous local elections.

Talking about Christians in the Middle East these days, sadly, amounts to little more than examining the degrees of their discrimination and persecution. If, however, the concern of the European and American conservatives about the plight of the Christians is to be of any consequence, they need to rethink some of their alliances in the Middle East. After all, any true conservative would accept that a country that respects Christians’ right to life and basic religious freedom is a more natural ally than one that totally bans Christianity.

This article reflects the personal views of the author and not necessarily the opinions of the European Parliament.