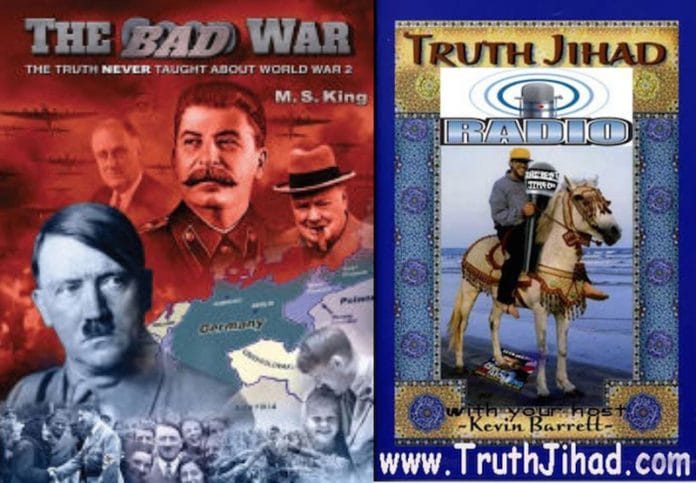 of TomatoBubble.com is the author of more than ten books challenging conventional political wisdom. One of them, The Bad War, was banned by Amazon last month due to its politically-incorrect three-page treatment of the holocaust. (I urged him to re-publish an “Amazon Edition” with those three pages blank as a statement of protest.)

Was Eisenhower really an arch-globalist, maybe even a closet commie? Was World War Parts 1 and 2 just two phases of the same war – and were the Germans really the good guys? Is the Rothschild-backed New World Order well on the way to realizing its dream of a planetary dictatorship? Who really runs big media – and for how long have they been running it? Did the same Zionist media cartel that dragged the US into World War I cover up 9/11 more than eight decades later?

To some, these questions sound preposterous. To others, not so much. Personally, I’m in the latter category. How about you?