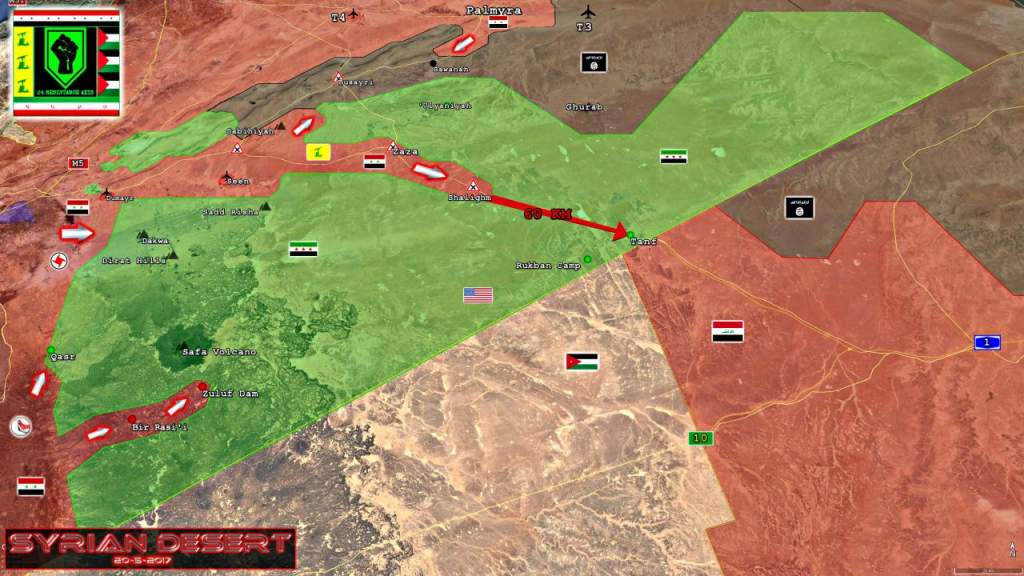 On Sunday, the Syrian Arab Army (SAA) and its allies recaptured the Dahra Umm Salasil area near the Syrian-Jordanian border. By this, the SAA had liberated 50 km of the border with Jordan.

The SAA and its allies captured the Zuluf reserve on Saturday. Moreover SAA was able to capture the Atiya area south of the Zaza triangle on the Damascus-Baghdad road.

This map shows an alleged military situation in the area on May 20: Large reinforcements arrived to SAA units operating in the northern Suweida countryside and at the Al-Tanf road area. The deployed units were from the National Defense Forces in Suweida, the Arab Tawheed Party, the Ibdal movement and the Iraqi Imam Ali Battalions.

On Saturday, the US-led coalition deployed units of the Norwegian Special Operations Forces at the Al-Tanf base. On Sunday, the coalition began training members of the Maghawir al-Thawra in Al-Tanf.

Reports have been circulating about an alleged participation of Russian troops in the SAA operation in northern Suweida countryside in order to prevent the US-led coalition from bombing the advancing Syrian troops . However, there is no real evidence of these allegations so far. 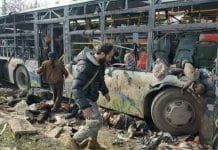 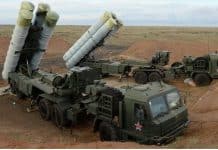 Breaking: Netanyahu Pushing for Shooting War Between US and Russia Over Syria to Save Himself

Farce in Washington: They’re lying about not knowing an insurrection is coming