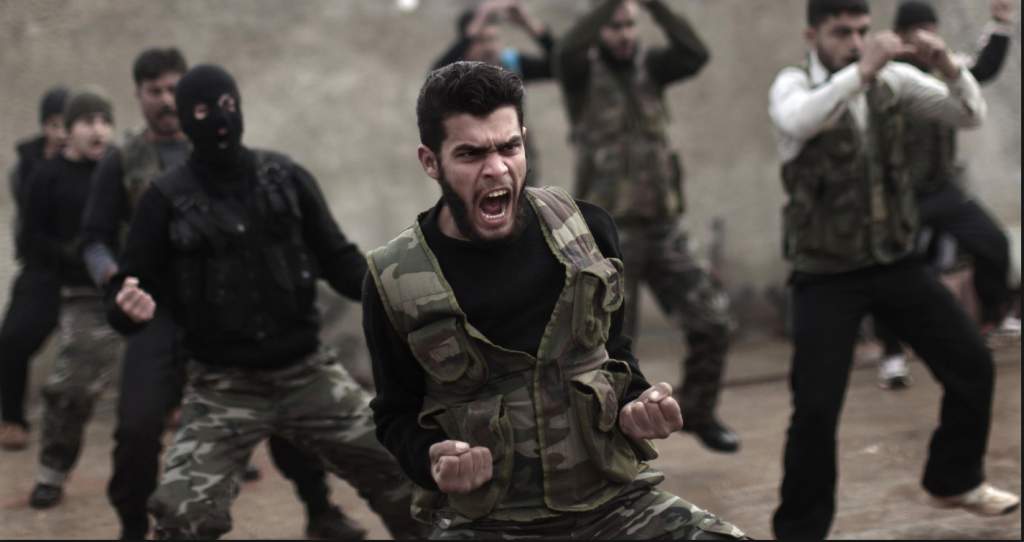 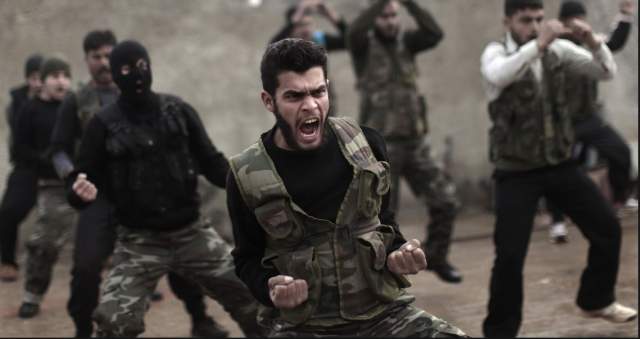 … by  Nauman Sadiq for Veterans Today

Since the beginning of the Syrian civil war in August 2011 to June 2014, when the Islamic State overran Mosul and Anbar in Iraq, an informal pact existed between the Western powers, their regional allies and the Sunni Arab militants of the Middle East against the Shi’a Iranian axis comprised of Iran, Iraq, Syria and Iran’s proxy in Lebanon, Hezbollah.

In accordance with the pact, Sunni Arab militants were trained and armed in the training camps located in the border regions of Turkey and Jordan to battle the Shi’a-dominated Syrian regime.

This arrangement of an informal pact between the Western powers and the Sunni Arab jihadists of the Middle East against the Shi’a Iranian axis worked well up to August 2014, when the Obama Administration made a volte-face on its previous regime change policy in Syria and began conducting air strikes against one group of Sunni militants battling the Syrian regime, the Islamic State, after the latter overstepped its mandate in Syria and overran Mosul and Anbar in Iraq from where, the US troops had withdrawn only in December 2011.

After this reversal of policy in Syria by the Western powers and the subsequent Russian military intervention on the side of the Syrian regime in September 2015, the momentum of Sunni Arab militants’ expansion in Syria has stalled and they now feel that their Western patrons have committed a treachery against the Sunni jihadists’ cause, that’s why they are infuriated and once again up in arms to exact revenge for this betrayal.

If we look at the chain of events, the timing of the Paris and Brussels attacks has been critical: the Islamic State overran Mosul in June 2014, the Obama Administration began conducting air strikes against the Islamic State’s targets in Iraq and Syria in August 2014, and after a lull of almost a decade since the Madrid and London bombings in 2004 and 2005, respectively, the first such incident of terrorism took place on the Western soil at the offices of Charlie Hebdo in January 2015, and then the Islamic State carried out the November 2015 Paris attacks and the March 2016 Brussels bombings.

And last night, another horrific terror attack has taken place at Ariana Grande’s concert in Manchester that has claimed 22 innocent lives whose most likely perpetrator is once again the Islamic State.

Notwithstanding, Washington’s interest in the Syrian civil war has partly been about ensuring Israel’s regional security and partly about doing the bidding of America’s regional Sunni allies: Turkey, Jordan and the Gulf Arab States. Saudi Arabia, which has been vying for power as the leader of Sunni bloc against the Shi’a-dominated Iran in the regional geopolitics, was staunchly against the invasion of Iraq by the Bush Administration in 2003.

The Baathist regime of Saddam Hussein constituted a Sunni Arab bulwark against the Iranian influence in the Arab World. But after Saddam was ousted from power in 2003 and subsequently when elections were held in Iraq which were swept by the Shi’a-dominated parties, Iraq has now been led by a Shi’a-majority government that has become a steadfast regional ally of Iran. Consequently, Iran’s sphere of influence now extends all the way from territorially-contiguous Iraq and Syria to Lebanon and the Mediterranean coast.

The Saudi royal family was resentful of Iranian encroachment on traditional Arab heartland. Therefore, when protests broke out against the Assad regime in Syria in the wake of Arab Spring uprisings of 2011, the Gulf Arab States along with their regional allies, Turkey and Jordan, and the Western patrons gradually militarized the protests to dismantle the Iranian resistance axis.

More to the point, the United States Defense Intelligence Agency’s declassified report [1] of 2012 clearly spelled out the imminent rise of a Salafist principality in northeastern Syria in the event of an outbreak of a civil war in Syria. Under pressure from the Zionist lobby in Washington, however, the Obama Administration deliberately suppressed the report and also overlooked the view in general that a proxy war in Syria will give birth to radical Islamic jihadists.

The hawks in Washington were fully aware of the consequences of their actions in Syria, but they kept pursuing the ill-fated policy of nurturing militants in the training camps located in the border regions of Turkey and Jordan to weaken the Baathist regime in Syria.

The single biggest threat to Israel’s regional security has been posed by the Shi’a resistance axis, which is comprised of Iran, the Assad regime in Syria and their Lebanon-based proxy, Hezbollah. During the course of 2006 Lebanon War, Hezbollah fired hundreds of rockets into northern Israel; and Israel’s defense community realized for the first time the nature of threat that Hezbollah and its patrons, Iran and the Assad regime in Syria, posed to Israel’s regional security.

Those were only unguided rockets but it was a wakeup call for Israel’s military strategists that what will happen if Iran passed the guided missile technology to Hezbollah whose area of operations lies very close to the northern borders of Israel.

Regarding the Western interest in collaborating with the Gulf Arab States against their regional rivals, bear in mind that in April last year, the Saudi foreign minister threatened [2] that the Saudi kingdom would sell up to $750 billion in treasury securities and other assets if Congress passed a bill that would allow the Americans to sue the Saudi government in the United States courts for its role in the September 11, 2001 terror attack.

Additionally, regarding the Western defense production industry’s sales of arms to the Gulf Arab States, a report [3] authored by William Hartung of the US-based Center for International Policy found that the Obama Administration had offered Saudi Arabia more than $115 billion in weapons, military equipment and training during its eight years tenure.

Similarly, during its first international visit after the inauguration to Saudi Arabia this week, the Trump Administration has signed arms deals worth $110 billion, and over 10 years, total sales would reach $350 billion.

Thus, keeping the economic dependence of the Western countries on the Gulf Arab States in mind during the times of global recession when most of manufacturing has been outsourced to China, it is unsurprising that when the late King Abdullah of Saudi Arabia decided to provide training and arms to Sunni Arab jihadists in the border regions of Turkey and Jordan against the Shi’a-dominated regime of Bashar al-Assad in Syria, the Obama Administration was left with no other choice but to toe the destructive policy of its regional Middle Eastern allies, despite the sectarian nature of the proxy war and its attendant consequences of breeding a new generation of Islamic jihadists who would become a long-term security risk not only to the Middle East but also to the Western countries.

Similarly, when King Abdullah’s successor, King Salman, decided to invade Yemen in March 2015, once again, the Obama Administration had to yield to the dictates of Saudi Arabia and UAE by fully coordinating the Gulf-led military campaign in Yemen not only by providing intelligence, planning and logistical support but also by selling billions of dollars’ worth of arms and ammunition to the Gulf Arab States during the conflict.