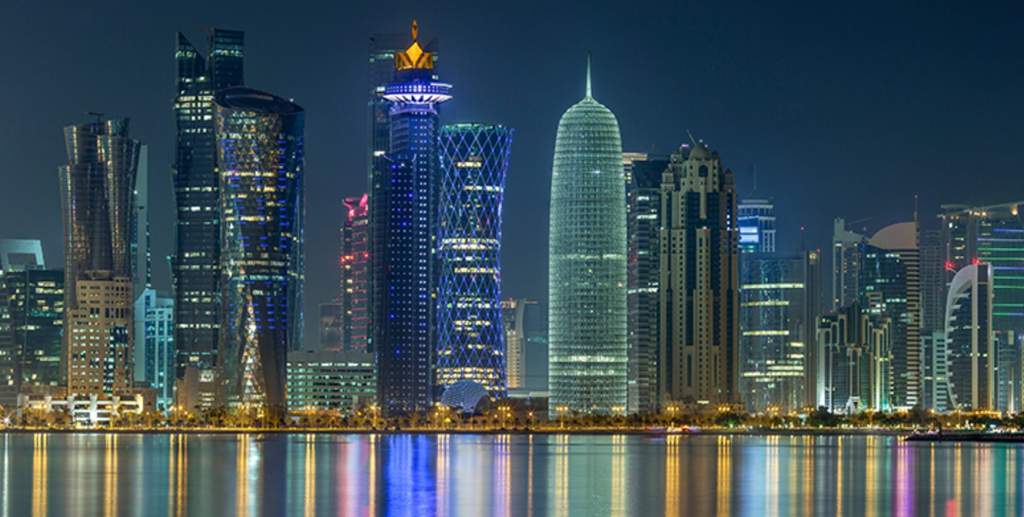 According to Gulf Times, The Emir of Qatar, Sheikh Tamim bin Hamad al-Thani, called for a political settlement of the conflict in Syria, where millions of people had been forced to leave their homes.

Addressing the opening session of the two-day 17th Doha Forum, being held under the topic ‘Development, Stability and Refugees Issues,’ the Emir stressed that the international community must take responsibility for a huge number of migrants and finally solve this problem, and dialogue, he said, is the most suitable way for resolving all the regional and international conflicts.

Sheikh’s words on the Syrian refugees looks right, at a glance, but at least cynically, given the country’s vast contribution to financing terrorism. Throughout the conflict, Qatar contributed to the escalation of the conflict by supplying arms to the radical groups in Syria. It seems that Al Thani also ignores the fact that the State of Qatar in co-ordination with its powerful Al Jazeera’s disinformation campaign is one of the catalysts for a humanitarian disaster, refugee disaster. It was Qatar that became one of the key sponsors of the ‘Arab Spring’, which influenced the entire Middle East region for decades to come.

The refugee crisis could have been settled if Qatar really had wanted to help Syria. However, Doha will not refuse to support the Syrian anti-government forces under any circumstances. Why so?
According to El Mundo, there are members of the Muslim Brotherhood among the so-called moderate opposition and Sheikh maintains close ties with radical movements.

Do not forget that Doha granted political asylum to the former Syrian Prime Minister, Riyad Farid Hijab. He actively called for a fight against B. Assad emphasizing the role of Qatar in defending and supporting Islamists, whom he even called “fighters for justice” from Al Jazeera TV studios afterward. Such a policy cannot be called friendly but surely can be called an escalation of the conflict.

It is an open secret that Qatar has long-standing plans to build a gas pipeline through the territory of Syria to Europe. This particular explains the Emir’s desire to arm and finance various radical groups. An expert in the field of Gulf States’ gas-oil geopolitics, James Durso, confirms this in his analysis of Qatar’s strategy on organizing direct gas supplies. He argues that irresponsible activity of the leaders of the country aimed at gaining super profits has led to the most serious and negative consequences for the entire Middle East.

Apparently, the appeal to help the Syrian people will remain unrealized. Speaking like that The Emir of Qatar only tries to create the image of the faithful country on the eve of the sixth round of the inter-Syrian talks in Geneva. Qatar seeks to present itself as a state with an ideal Islamic society, the main center of Arab and Islamic culture and as a state where the modern age, Islamic social justice, freedom and equality are successfully combined.

A coordinated approach to refugee crisis is something that perhaps should be pursued. But in fact, the leadership of this country does not make any efforts for a political settlement of the Syrian conflict, but only seeks to rekindle it with a renewed vigor in every possible way. Even The Washington Post accuses Qatar of supporting the Islamists in fact. It looks like Qatar is unlikely to abandon such an aggressive policy in the near future.

Al Thani is the eighth and current Emir of Qatar. He is the fourth son of the previous Emir, Hamad bin Khalifa Al Thani. He became Emir of Qatar on 25 June 2013 after his father’s abdication. Qatar called for a military intervention of the Arab countries to end the bloodshed in Syria in 2012. Analysts expected that Al Thani would have been under immediate pressure to reduce Qatar’s support for the rebels in the Syrian Civil War,which Tamim had previously supported. In fact, Sheikh Tamim took a step back after taking charge, primarily in response to the irritation voiced by Western powers at Qatar’s operation to arm Syrian rebel groups which had been directed haphazardly. Recently, under the aegis of a joint initiative with Saudi Arabia and Turkey promoted by Sheikh Tamim, Qatar has provided Syrian rebels with new weapons and forged a new opposition coalition in Syria known as ‘Army of Conquest.‘

The Sheikh has also renewed his country’s support for the Syrian people’s demands for justice and freedom during a meeting with the chief of the Syrian National Coalition Khaled Khoja and his delegation in April 2015. In July 2014 Tamim renewed the defense agreement with the U.S. and confirmed Qatar’s cooperation with the United States in the Combined Air Operations Center (CENTCOM) at Al Udeid Air Base. Political analysts expected Tamim to be more conservative and risk averse than his father. Because Tamim is very close to the Muslim Brotherhood, preserving a national identity grounded in traditional values is expected to be Tamim’s first priority.

He was Prime Minister of Syria from June to August 2012, serving under President Bashar al-Assad. From 2011 to 2012, he was Minister of Agriculture. On 6 August 2012, the Syrian government released a statement saying that Hijab had been dismissed. Shortly thereafterhe had resigned and defected to the rebel side in the Syrian civil war. Hijab’s duties were fulfilled ad-interim by Syrian minister Omar Ibrahim Ghalawanji, who on 9 August 2012 transferred his duties to newly appointed Prime Minister of Syria Dr. Wael Nader al-Halqi, formerly Syrian Minister of Public Health, a Jasim-born Sunni Ba’ath Party official and professor of medical science. President al-Assad rated Hijab’s defection as rather positive by stating that it was “self-cleansing of the government firstly, and the country generally”. According to Der Spiegel, Hijab and other prominent Syrian defectors were bribed by the French secret services inside the country as well as by Qatar. Hijab was selected in Riyadh in December 2015 by Syrian opposition as a head of the Supreme Negotiations Committee (also called Higher Negotiation Committee) which selected negotiation delegation for Geneva III negotiation process. Hijab has said that he is against federalism in Syria.

The Mask Recommendation…Not The Magic Bullet