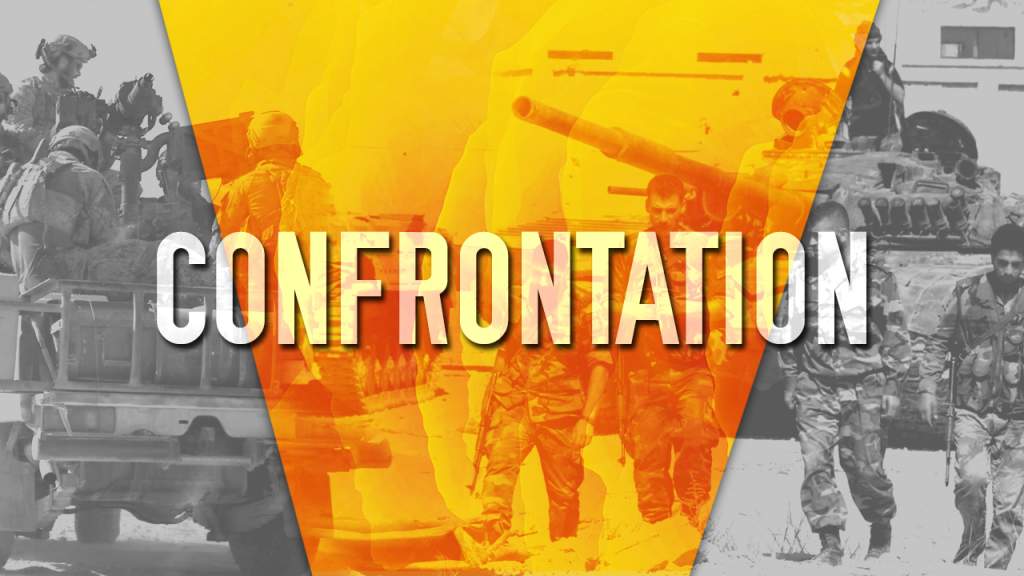 US-backed militant groups, often referred to as the Free Syrian Army (FSA), have declared the start of a counter-offensive against “the regime and its foreign militias” in the area east of Suweida in southeastern Syria. The counter-offensive was dubbed operation “Desert Volcano”. Its declared goal is to expel government forces from the Syrian desert.

Since last weekend, the Syrian Army and its allies have made notable gains east of Suweida and along the Damascus-Baghdad highway. These advances posed a direct threat to the US-led plan aimed at building a buffer zone controlled by US-backed factions between Syria and Iraq. Now, the US-led forces are going to use force against the Syrian military in order to achieve their strategic goal.

Meanwhile, the US-led coalition’s aircraft have reportedly dropped leaflets on the ISIS-held border town of al-Bakumal. The leaflets called on locals to avoid moving near ISIS objects in the area. This event could be linked with the coalition’s willingness to capture this border town and expand its influence along the Syrian-Iraqi border. However, this goal is complicated by the low number and quality of US-led militant groups operating in the area.

The Syrian Arab Army (SAA), Liwa al-Quds, the 5th Assault Corps, and the National Defense Forces (NDF) have resumed their push against ISIS east of the ancient city of Palmyra, aiming to take control over the village of Arak and the nearby Arak gas field. Government troops have advanced over 3 km northeast of Palmyra and entered a number of hills in the area north of Arak. With this advance, government forces are going to outflank ISIS units in the area of Arak and are going to set a fire control over this area.

Pro-government forces, led by the Tiger Forces, continued their advance on the ISIS-held town of Maskkanah in the province of Aleppo. According to pro-government sources, 7 ISIS militants were killed and a vehicle destroyed in the recent clashes.

The US-backed Syrian Democratic Forces (SDF) have isolated further the ISIS stronghold of Raqqah. SDF units have captured two main roads east and west of Raqqah and have continued their advance aiming to reach its vicinity from the northern and western directions. The only road from Raqqah under the control of ISIS is the road to the south.

Summing up the recent developments, it becomes clear that in the nearest future the main competition will take place in the Syrian border area with Jordan and Iraq and in the countryside of Deir Ezzor. If the US-led coalition is able to prevent the Syrian government from re-establishing control in these areas, it will achieve a strategic victory that will impact dramatically the situation in post-war Syria.