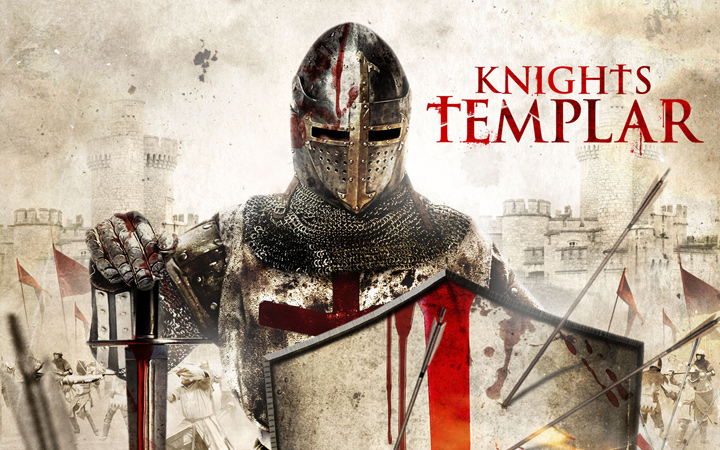 With regard to the Knights Templar, the key here is Gold and Mary, the mother of Jesus.

The Templars established a Gold backed monetary system across Europe and were a direct threat to the usury ( compounding interest) banking system of the Del Banco bankers in Venice who had funded the sacking of the Orthodox Christian Church of the Haggia Sophia (Holy Wisdom) in Constantinople in 1204.

The Knights Templar protected all Christians irrespective of whether they were Orthodox ( eastern Byzantine) or Latins (western Roman,)  including the Cathars from the Languedoc in the south of France who were accused of being heretics by the Roman Catholic church, persecuted and burnt at the stake at Montsegur in 1244.

Their adversaries were the Teutonic Knights who not only attacked Constantinople in 1204, but went on to persecute all Christians who did not give allegiance to the pope and along with the Jesuits established the Inquisition where millions were arrested, tortured and burnt at the stake

The Templars helped the Ethiopian Orthodox Christians to build their rock-hewn ground churches in Lalibela after Jerusalem was completely taken over by Muslims.  They were, after all Masons (not to be confused with the Illuminati and the P2 lodge,) with their set squares and their compasses, who had built the great Cathedrals of Europe. All these churches were designed as a microcosm of the macrocosm of the New Jerusalem described in Revelation. Much like the Apostolic mission led by James the Righteous, the first Bishop  of the early Christian church, so these churches were built all over the Christian world.

1:1  James, a servant of God and of the Lord Jesus Christ, to the twelve tribes which are scattered abroad, greeting..

The Templars were accused of being heretics and of worshiping a womans skull encased in gold. The woman’s head that the Templar’s worshiped, was the Theotokos , a painting of Mary and Jesus which was taken to Russia in 1155 and is still kept there. It is Russia’s most sacred and holy relic.

The Templars were arrested on Friday, 13 October 1307 and  Jaques De Molay, the last Templar  Grand Master, was burnt to death in Paris in 1314 .

Over and above the fact that the Del Banco usury bankers in Venice wanted to put an end to the Gold backed banking system, and that both the King of France and the Vatican wanted to confiscate the gold for their own benefit, the Templars were accused of not being true Christians, in other words giving sole allegiance to the papacy which considers the Pontifix Maximus to be the only authority on earth, owning the planet, all bodies on the planet and all souls as decreed by themselves in the three papal bulls written over 1,000 years after the death of Jesus.

If they had read scripture, they would know that Jesus was tempted in the wilderness by the devil with all the kingdoms of the world. Jesus, unlike the papacy, turned the devil down.

Many Templars who escaped, sailed their ships from Marseilles and at first went to Tomar in Portugal.

“Tomar was the Headquarters of the Knights Templar Order in Portugal for nearly 700 years. The Knights Templar castle which dominates the town was constructed in 1160. The Castle, and the Convent of Christ, contained within the site, is a UNESCO World Heritage Site…. The King of Portugal, Dinis, did not believe the accusations made against the Order. Dinis offered the Order protection by persuading the Pope to agree to his forming a new Order, the Order of Christ.”

Many of these noble Knights also sailed to Scotland and built the now famous Roslin Chapel . But what very few people know, is that the Knights Templar were also given sanctuary in Russia and they established an order in Moscow. They did not just simply “disappear” as history would have us believe.

It is no co-incidence that the visions of Our Lady occurred in Fatima in 1917. Fatima is a short distance from Tomar, where the Knights Templar, who worshipped a woman’s head encased in gold, had a strong and well established castle.

The most urgent message that this vision gave the three children, was that Russia must be consecrated to the Theotokos, or as the Roman Catholics interpreted it, “consecrated to the Immaculate Heart,” and the world would experience peace. If not then the evil that arose in Russia would spread to the whole world.

The “Miracle Of The Sun ” witnessed by the three children and between 30,000 and 100,000 people occurred on the anniversary of the arrest of the Knights Templar, on the 13th  of October 1917.

After almost a century of imposed atheism by the Bolshevik communists, where over 60 million were persecuted and put to death and the Orthodox Churches destroyed, Putin has restored the Apostolic Orthodox Christian Church to Russia.

Russia has been rededicated to the Theotokos and in 2017 the new Cathedral in Moscow’s Sretensky Monastery was consecrated:

“When construction of the church began, it was planned to celebrate the first service in it on precisely this day, the centenary of the tragic events of Russian unrest. On March  1917  the conspirators forced the Tsar-Passion Bearer Nicholas II into abdication.

One hundred years later, 2017 , we met this day with reflection upon our history, reflection upon the path we have traversed, and with glorification of the New Martyrs and Confessors of Christ the Savior.”

The messages of Our Lady of Fatima  to three children 100 years ago in 1917, warned that a terrible evil would engulf the whole world if Russia was not saved, and the third secret around which there is still a great amount of controversy, describes the massacre of Christians, something we have seen in Syria, Iraq, Egypt, Libya and many other parts of Africa over the last six years by Islamic State terrorists. Also not confirmed but much speculated is that the last secret reveals that the anti-Christ will enter the Vatican. The Goldman Sachs bankers are now financial advisors to the Holy See, again as they were in Venice in 1204.

Not surprisingly, it is Russia who has come to the assistance of Syria and Russia who is now the defender of Christianity, whilst western nations have been supporting Islamic State covertly and overtly financially, with weapons and also physically with their mercenary armies.

Today the world is held to ransom by the usury (compounding interest) banking system of the Federal Reserve begun by German bankers such as Paul Warburg, who originally came from the Del Banco family in Venice, as well as the IMF, BIS and World Bank which has robbed all nations blind and is marching towards a unipolar, one world government and cashless society where they have total control over all internet banking and can charge what they please, with interest. A more modern version of a fiat money system. It is no coincidence that these same Wall Street bankers are ratcheting up the rhetoric against Orthodox Christian Russia, as they did just less than 1000 years ago against Orthodox Christian Constantinople.

Russia is no longer part of the dollar and petro dollar based financial system. Along with China they have returned to gold and commodity backed money, as well as establishing their own SWIFT systems for financial transactions.

Russia has returned to the Theotokos, it has rededicated itself to the Orthodox Christian church, it has returned to a Gold backed monetary system and in keeping with the principles of the Apostolic church, promotes Nation States, independence and multipolar  co-operation between all peoples of the world.