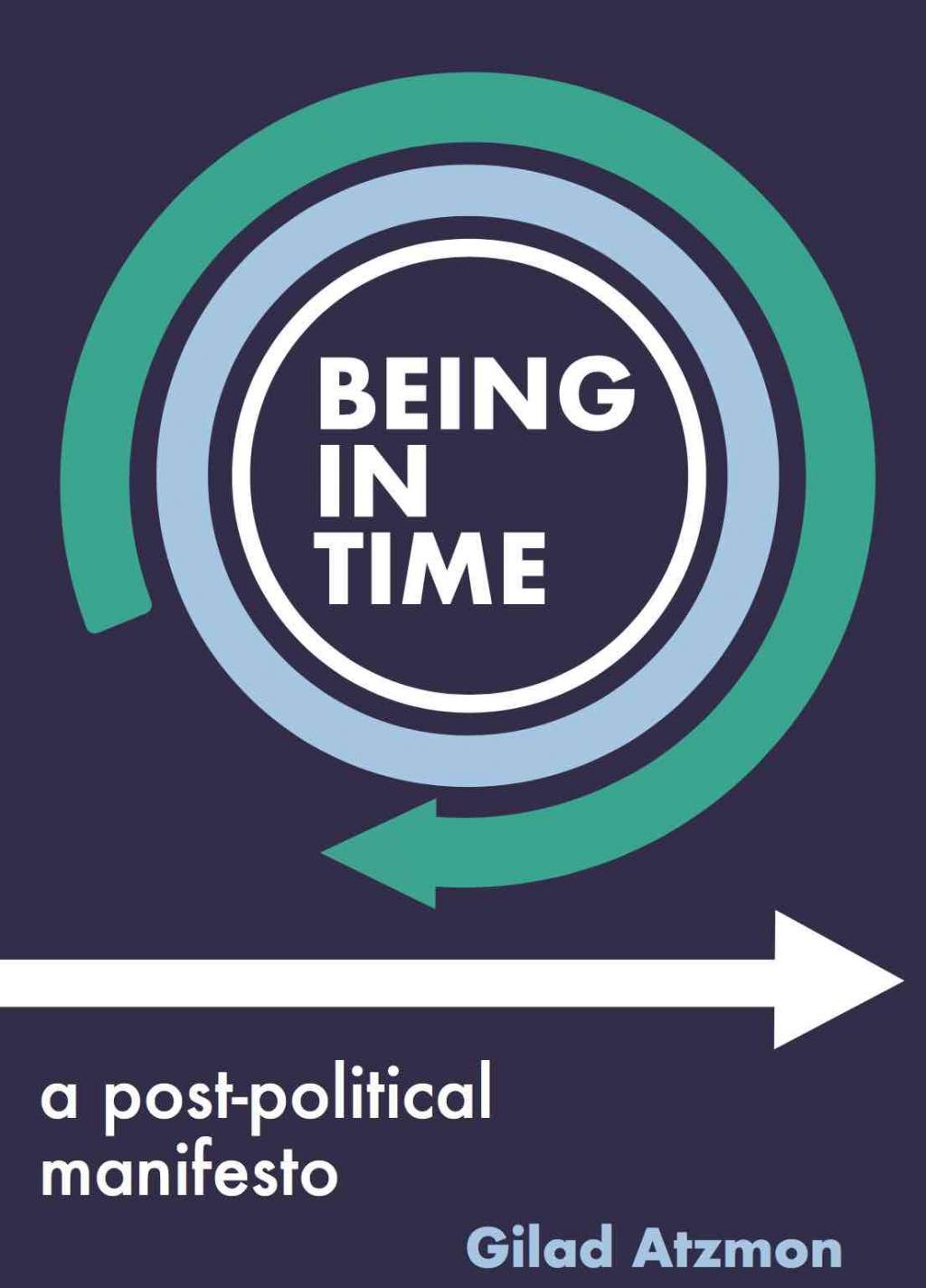 I am delighted to announce the publication of my new book.

In the post-political universe in which we live, much of humanity has been reduced to serve the interests of big money and oligarchy. Left and Right have become indistinguishable and meaningless. The freedom to think openly is now within the domain of nostalgia.  Our Western Liberal ‘utopia’ has turned into an Orwellian catastrophe, and we the people, have been left bewildered and impoverished.

Being in Time is a courageous attempt to grasp the intellectual developments that led towards the current dystopia.

The book delves into the bankruptcy of the ideological grand narratives. It explores the colossal failure of the media, academia and politics in detecting and addressing the events that led us towards destitution. It identifies the ideologies that planted ID politics and the tyranny of correctness in our midst. We, the people, have been demoted into mere audience in a Greek tragedy that happens to be the story of our own destruction. Time is ripe to understand it all.

Being in Time suggests that ‘after-politics’ is a tale of the decisive victory of one elite. Gilad Atzmon, author of The Wandering Who, has managed to dissect the ethos, strategy and culture that are driving this invincible elite.

The book can be ordered on Amazon.co.uk  & Amazon.com

The book is also available  here.

“Without a bullet being fired, [citizens] have lost almost total control of the apparatus of the U.S. state…Atzmon not only gives us his interpretation of how this happened, he also tells us why…His answers are damning, but he does give us hope that The Real can prevail.” Foreword by Cynthia McKinney, U.S. politician and political activist

Atzmon’s book Being in Time is a brilliant and substantive critique of identity politics and Jewish political ideology and culture. It is an essential read for understanding and confronting authoritarianism of all stripes and colors. Professor James Petras

Speaking from his unique perspective as a professional Jazz musician, Gilad provides us once again with a characteristically universalist, humanistic, and humanitarian critique of contemporary Western politics, culture, values and mores. Well worth the read! Professor Francis A. Boyle

Gilad Atzmon continues his ongoing assault on identity politics, extending his devastating analysis of the victimization-as-gold-mine schtick pioneered by Jews to encompass the whole kit and kaboodle of identitarian idiocy. How did we end up in a world so devoid of political substance? Did the profitable Jewish transition from religious to ethno-political identity kick off the whole mess? Do the new nationalisms represented by Brexit, Trump, and the alt-right offer a way out, or just a deeper hole to keep digging in? Is utopia futuristic or nostalgic? Could anyone hemmed in by mainstream academia write so honestly, or is free thought a luxury only available to those who can make a living playing jazz? And does truth need a movement, or does it just need to be seen?  I’m not  sure about the answers, but I love the way Gilad Atzmon explores the questions!   – Dr Kevin Barrett, editor, False Flag Trilogy (We Are NOT Charlie Hebdo; Another French False Flag; and Orlando False Flag)

Left, Right, Marxism, Capitalism, Liberalism, Fascism, Political Correctness, ID Politics and American tribalism: A good read and a different take on the whys and the hows Trump won the election. Read it, gift it to those you disagree with, then decide when you want out of the box. Sami Jamil Jadallah, VT Columnist

Gilad Atzmon is an unrelenting thinker and speculator who stimulates his readers to think in new directions.  The flood of insights and potential insights is truly astonishing and often disturbing, but always uncompromising.  It is possible to agree, disagree and wonder where to stand on many of his views, but those willing to travel his roads and think new thoughts will be rewarded with their own discoveries about long-held convictions and beliefs.  This book is packed with iconoclastic adventures and quite possibly some of his best and most universally applicable insights into social, political and philosophical trends and missteps. Paul Larudee, Former Fulbright-Hays Lecturer and US government advisor


Atzmon’s Being In Time: A Post Political Manifesto is guaranteed to make you think. Atzmon is a latter day Pascal, with his startling, spiritual pensees, ‘beyond left and right’, unafraid to tackle unpleasant truths. He explores the growth of identity politics and the reaction to it that produced Trump. Trump is an illusion too, and Atzmon provides a rudder to navigate the malaise that is gripping the West, with a clown now at the helm. The only way out of our intellectual deadend is to see through the illusions to what really shapes us and the world around us. Jewish thought and politics are at the heart of this, and Atzmon is one of the few thinkers with the courage to defy the identitarian thinking that forbids the very mention of what is most central to today’s world. Being in Time is another hole in the dyke keeping free thought out. Eric Walberg, author and political analyst

Being in Time is a peripatetic walk, from the man who brought us The Wandering Who, through the present post-political narrative. Intended to make the ideologies driving the narrative available to all, thereby depriving it of its power, the book takes us on path to build moral courage. Dr June Terpstra

Atzmon doesn’t merely lacerate the post-Fukuyama developments in the metaphysical crisis currently gripping an increasingly hysterical liberal western establishment, but instead explains the root of these problems from the perspective of an historic prism illuminated through a combination of late-modern cultural analysis and Atzmon’s own unique trials and tribulations with the crises inherent in intra-Zionist Jewish identity. Adam Garrie, The Duran

A truly remarkable book.  A brave and fascinating record of the evolution and ongoing struggle between ‘Jerusalem and Athens’.  Philosophical political-science at its best.  A superb and timely classic. Taxi/Platosguns

In this, his magnum opus, philosopher Gilad Atzmon, comprehensively deconstructs the Jewish genius for controlling the opposition, i.e. leading it themselves. It is not, however, intentionally conspiratorial, as he persuasively argues, but an entirely rational response on the part of often ethical dissenting Jewish voices to whatever “Jewish problem” — from Israeli crimes to neocon wars — they perceive to be potentially damaging to the tribe. – Maidhc Ó Cathail R.I.P