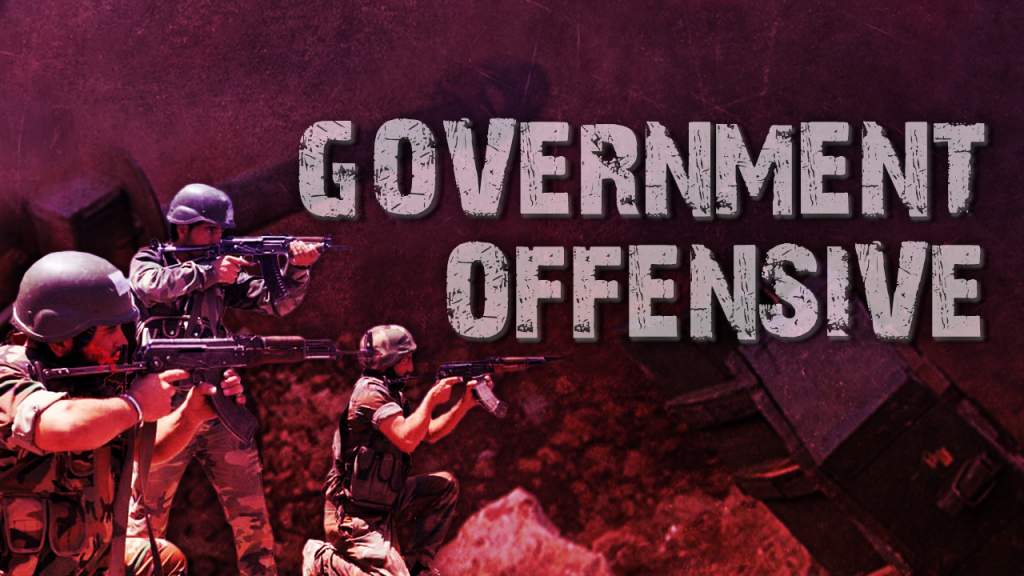 Government forces are advancing against ISIS and Western-backed militant groups on multiple frontlines across Syria.

ISIS does not have enough manpower to stop the government advance in the Maskanah countryside. The terrorist group responded intensifying raids at the Inthriyah-Aleppo road, the only supply line to the government-held city of Aleppo.

In the province of Homs, the Republican Guard advanced east of al-Qaryatayn capturing a number of hills, including Jabal Baridah. Government troops are moving in the direction of the al-Busairi crossroad, an important point south of the Tiyas Airbase. Reports appear that ISIS has already abandoned this area. However, this still has to be confirmed.

In the Syrian desert northeast of Suweida, the SAA, the National Defense Forces, Hezbollah, the Syrian Social Nationalist Party and other pro-government units advanced east of the recently captured Zuluf area and south of the Scientific Research Battalion. These operations are aimed at preventing US-backed militant groups from developing momentum in the area and establishing control over important sites and the Syrian border with Iraq.

The so-called moderate opposition in southeastern Syria had been able to achieve no success during the peak phase of battles against ISIS. However, now, when the terrorist group is collapsing, these militant groups are turning in a useful tool for the US-led block.

The SAA, the 5th Assault Corps and Liwa al-Quds continued operations against ISIS northeast and south of Palmyra.

According to Turkish Anadolu Agency, about 100 trucks with weapons and equipment for Kurdish militias arrived Syria from Iraq between May 15 and May 21. The weapons were provided by the US as a part of its program to supply directly YPG and YPJ that were a core of the US-backed Syrian Democratic Forces.

According to the report, Kurdish militias received BGM-71 TOW and Milan missiles, 80mm and 120mm mortars, MK19 belt-fed automatic grenade launchers, assault rifles as well as Humwee and Cougar vehicles and drones. The agency also argued that the US has provided FGM-148 Javelin missiles to Kurdish forces.