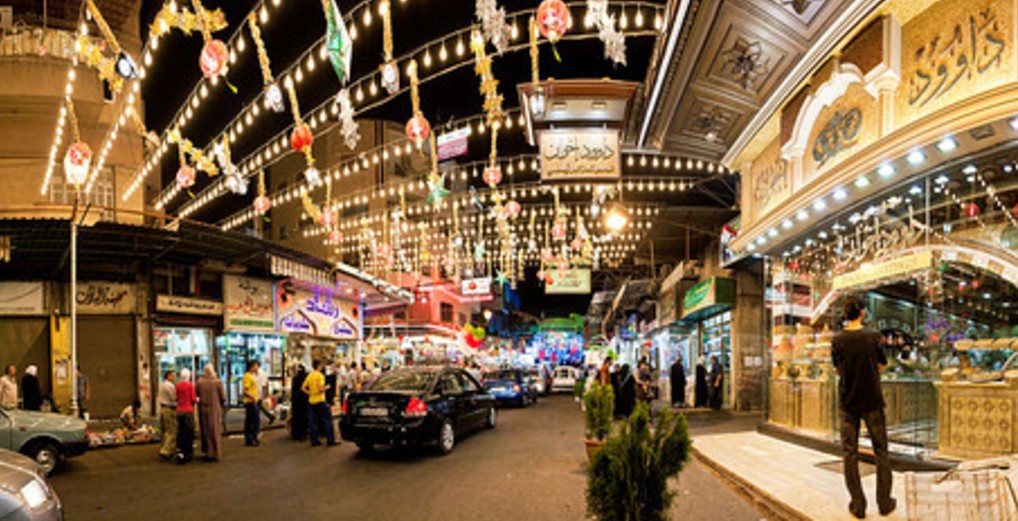 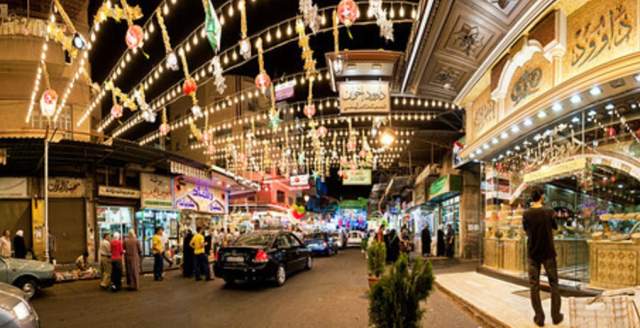 Ramadan begins in shortly, a period of prayer and fasting and as is so often the case, a time of terrorism and slaughter of innocents.  You see, disruption of Ramadan has long been a Wahhabist tradition.  All our our intelligence sources are converging on one expectation, that suicide bombers, vests, even car and truck bombs, are being deployed in Damascus.

I was told to publish this; that the planned attacks and the markets and mosques of old town are expected and that those who will attend the gatherings there, where food for the poor is free of charge, are aware of the risk.  If the suicide bombers can be caught they will be.  If not, the poor of Damascus will die in droves, victims of Saudi funded terrorism, rather than cover in their homes.  From Huffington Post:

No matter which organizational connections (if any) ultimately prove to be real, one thing is clear: the fountainhead of Islamic extremism that promotes and legitimizes such violence lies with the fanatical “Wahhabi” strain of Islam centered in Saudi Arabia. And if the world wants to tamp down and eliminate such violent extremism, it must confront this primary host and facilitator.

Perversely, while the Saudi Ambassador to Lebanon Ali Awad Asiri took part in a “Je suis Charlie” solidarity rally in Beirut following the Paris attacks, back home the Saudi blogger Raif Badawi received the first 50 of 1,000 lashes he is due each Friday over the next 20 weeks. His crime? Running a liberal website promoting the freedom of speech. (Thankfully, in recent days it seems the Saudi authorities have buckled to international pressure and suspended the sentence.)

It would be troublesome but perhaps acceptable for the House of Saud to promote the intolerant and extremist Wahhabi creed just domestically. But, unfortunately, for decades the Saudis have also lavishly financed its propagation abroad. Exact numbers are not known, but it is thought that more than $100 billion have been spent on exporting fanatical Wahhabism to various much poorer Muslim nations worldwide over the past three decades. It might well be twice that number.

This appears to be a monumental campaign to bulldoze the more moderate strains of Islam, and replace them with the theo-fascist Saudi variety. Despite being well aware of the issue, Western powers continue to coddle the Saudis or, at most, protest meekly from time to time.

For instance, a Wikileaks cable clearly quotes then-Secretary of State Hillary Clintonsaying “donors in Saudi Arabia constitute the most significant source of funding to Sunni terrorist groups worldwide.” She continues: “More needs to be done since Saudi Arabia remains a critical financial support base for al-Qaeda, the Taliban, LeT and other terrorist groups.” And it’s not just the Saudis: Qatar, Kuwait and the United Arab Emirates are also implicated in the memo. Other cables released by Wikileaks outline how Saudi front companies are also used to fund terrorism abroad.

There is also intelligence that Israel is landing commando teams from their remaining Dolphin submarines to attack Russian forces.  In May 2013, Israel lost a Dophin sub with all aboard during a pick up of commando’s taking part in a sarin gas attack on civilians in Ghouta.  1500 were killed while Israel lost a submarine packed with special operations troops, victim of a Syrian torpedo boat as reported by the SANA News Agency.  Russian air support protects SAA advance:

US Air Attack on SAA Thwarted

Reports have been confirmed that on May 23, 2017, the US attempted an air attack on Syrian Arab Army forces advancing across the Eastern Desert south of Palmyra.  The America’s were intercepted by “friendly” Russian aircraft and escorted out of the vicinity without incident.  This is confirmed and will not be reported anywhere else, both Russian and Syrian confirmations.  SAA advances across the Eastern Desert:

Trump and the Saudis

The escalation of violence over Ramadan is exacerbated, we are told, by Trump’s visit to Saudi Arabia.  We are told that every effort will be made ramp up the war in Syria, terror suicide bombings, gas attacks, fake news tales of government atrocities and the beginning of a murder/kidnapping campaign against NATO trainers in the region to be blamed on the Damascus government.  Syrian Army operations South of Tadmur (Palmyra)

Trump policy, in all probability formulated in Israel, is to push a multi-national force into Syria toward Deir Ezzor, and driving north and east, to join with the what we call the Barzani Kurdish Caliphate, an ISIS inspired breakaway from the Baghdad government, undoing much of the efforts made to free Mosul and Anbar Province, replacing Wahhabist ISIS with a Wahhabist “Arab NATO” that will be nearly identical.

“The Russian Federal Security Service (FSB) detained four members of a terrorist group that consists of citizens of Russia and countries of the Central Asian region on May 25, 2017 in Moscow. They were preparing terrorist attacks on Moscow transport infrastructure using improvised explosive devices,” the FSB said in a statement.

Press TV: The group was part of Daesh and was organized from Syria, the statement added.

The Russian security forces also found an explosives production laboratory during their search at the suspects’ houses.

“An explosives production laboratory, a ready-to-use improvised explosive device with shrapnel and components for its production have been found during searches,” the FSB said.

The FSB said it also found “automatic firearms, ammunition, grenades, as well as literature and videos of extremist and terrorist orientation.”

According to the statement, the terrorists planned to go to Syria and fight alongside Daesh militants after conducting the attacks in Moscow.

In April, the FSB arrested several people for their alleged role in a bomb attack at the St. Petersburg Metro on April 3 which killed 16 people and injured dozens of others.

On May 11, Russian prosecutors charged three of the suspects with involvement in a “terrorist act.”

Russia’s Investigative Committee added that seven other suspects will be charged in the near future.

A group suspected of links to al-Qaeda claimed responsibility for the attack, saying the bombing was a response to Russia’s involvement in the war against militants, apparently making a reference to Moscow’s campaign against terrorists in Syria.

Russia started a bombing campaign in Syria in September 2015 at the official request of the government in Damascus.

The airstrikes against Daesh and al-Qaeda-lined terrorist groups greatly boosted Syria’s position in the war as the Syrian military and its allies managed to purge militants from the key city of Aleppo late last year.

Thousands of Russian nationals are estimated to have joined the militant groups in Syria since the war began six years ago.

Besides helping Damascus with the anti-terror campaign, Russia has defended its military presence in Syria as a preemptive measure aimed at preventing possible terror attacks on its soil when militants return home.