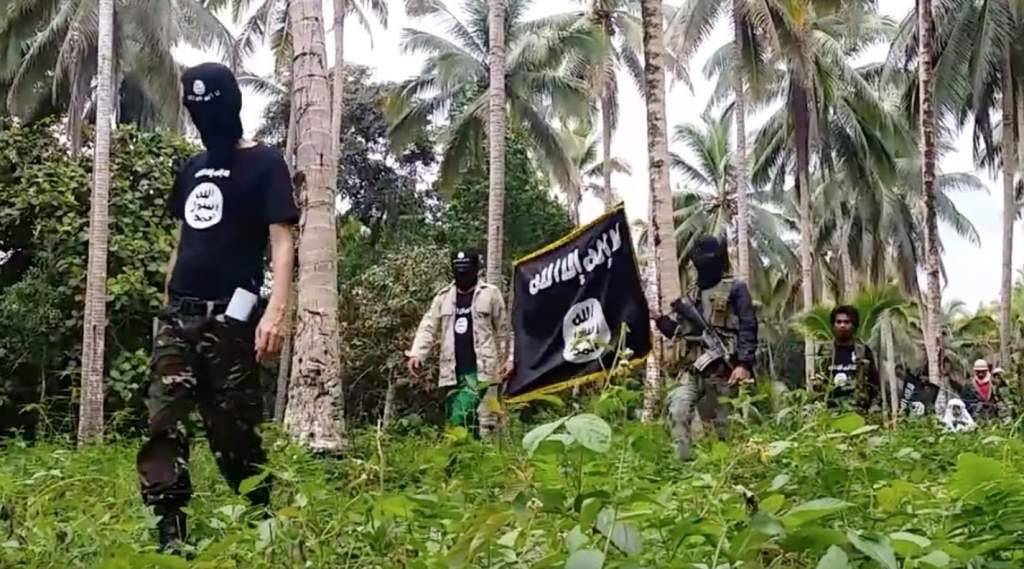 It appears that when any country upsets the Deep State (NWO) and does not tow the line, as Duterte clearly has done in recent months, they set their embedded “ISIL”lose on the population to create “terror.”

Always keep in mind that the CIA helped to create Al-Qaeda in the first place in Afghanistan, that people like CIA director John Brennan are Muslim Brotherhood and that the US has had a very long association with Saudi Arabia, the mother load of Wahhabi Muslim Brotherhood  Islamic State ideology.

Which should also put a question mark over all the “terrorist”attacks in Europe, the most recent in the UK, and who the real people are behind it and why. In that case the election coming up, the Brexit situation and the fallout from Deutche Bank criminality could be major factors. And I go back again to that as yet unconfirmed confession about underground bases in Germany training brainwashed, Islamic operatives which was explored to a certain extent in the film “A Most Wanted Man,” Phillip Seymour Hoffman, as often so happens in Hollywood, died from a “drug overdose?” soon afterwards.

LEAKED! Official Agenda for the destruction of Germany

The template of Operation Gladio has and is still being used to steer populations in the direction that they want them to go in, coupled with the more insidious “color revolution”  templates used mainly in Eastern European countries. What Libya, Syria and Iraq have been subjected to in the last six years is being spawned internationally and Africa is a sitting duck!  Also keep in mind that many of these “terrorists”are brainwashed Manchurian candidates. MKultra robotic human time bombs often pumped up with narcotics.

In all these situations there are seven main themes that run throughout. Christians are a main target, mass executions, beheadings, the subjugation of women, sex slavery, pedophilia and organ harvesting. We might well ask why Christians are being targeted specifically. In a prelude to another video “The Destruction Of Christianity- Nobody Really Knows that This is Happening…” posted on this site, I wrote:

Would I call myself a conservative Christian? No. Do I go to church regularly? No.

Whether you are a Christian or not, Christian values stand for something that are worth believing in and fighting for.

The Ten Commandments and the very basics of do not give false witness, lie, cheat, steal or kill.

To love your neighbour as yourself, irrespective of their race or nationality, whether they are a Jew, Muslim, Buddhist or even an atheist.

To treat others as you yourself would like to be treated.

Family values and commitment to the people who are closest to you, especially to protect and care for children. This does not include exposing them or subjecting them to pornography, violence, sexual abuse, pedophilia, narcotics or slavery. ( A practice that was banned by Christians in 1830 internationally, by those “terrible people,” it’s the British again! )

Equal justice for all. And by “all” that means all. Not that a select few in positions of great wealth and power, or of a certain nationality, race or religion should be immune and allowed to run rampant over the rights of others.

… that is what they did to Jesus…. and they are doing it to Christians and Muslims all over the Middle East… and as this video correctly points out, there is no international outcry or condemnation from so called “Christians” of those who have detained, tortured and crucified innocent Christian men, women and children in recent years and burnt down their churches …

….. to those who consider themselves “spiritual ”  and not religious, even to those who are atheists, these morals and values, whether you are a Christian or not, are worth fighting for…

The two videos, Duterte’s meeting with Putin and the report of martial law being declared, should be a waring to all governments around the world. I have also included General Sisi of Egypt. He was one of the few people who actually spoke the truth at the recent summit on terrorism in Saudi Arabia.

Ignored in western media, is that Egypt has banned the Muslim Brotherhood for many years, as did Gaddafi before he was murdered. When they infiltrated and took over the “Arab Spring” and Morsi became “elected,” though there is a large question mark over that election knowing how these ballots can be rigged, the Muslim Brotherhood was going to hand over the Sinai to Hamas, send in the Egyptian army to get rid of Asaad in Syria, destroy all Egyptian artifacts including the newly built Museum on the Gaza plateau, subject all Christians to the same treatment that they have been experiencing in Syria, Iraq and Libya in the last six years by ISIL, and then declare war on Ethiopia and do the same to that Orthodox Christian country and destroy their rock hewn churches in Lalibella.

Morsi was overthrown and General Sisi, a Muslim, took over. He has sworn to repair the churches and protect Christians in Egypt and has not carried out any of the policies adopted by the Morsi government. Instead he has arrested and tried these Muslim Brotherhood al-Qaeda groups in Egypt , groups who hold to the same policies as ISIL in Syria and have had the same backing. For all that he is condemned in some quarters for supporting Israel and being a Zionist, he is first and foremost an Egyptian and has no intention of handing over his country to any Islamic caliphate or to Israel for that matter.

Militants affiliated with Islamic State are vying for control of the city of Marawi in the Philippines. President Rodrigo Duterte put the island of Mindanao under martial law, ordered in special forces and cut short his state visit to Russia.

In a strong speech at the American Islamic Summit, Egyptian President Abdul Fattah al-Sisi exposes the supporters of terrorism in the Middle East. –  Perhaps these were the only true words said at this conference in Saudi Arabia.