Today, Keith Olbermann is asking “When will Trump-Russia Break?” It seems absurd with the amount of facts and data available that there may be so much possible obstruction of justice going on. Is something affecting our judgement?

Yesterday’s article by the Washington Post, How a dubious Russian document influenced the FBI’s handling of the Clinton probe, possibly seems to be a confusing mess attempting to invalidate the FBI. Does the FBI have too much on Trump, so the administration needed something to show potential incompetence and confusion at the FBI and attempt to assert incompetence of former FBI director James Comey?

Yesterday’s briefing by Gordon Duff explains what has been going on behind the scenes. Trump’s approval rating is at an all time low, only 39,9% approve while 54.1% disapprove of him.  Can a minority control a criminal investigation?

When will Trump-Russia Break? 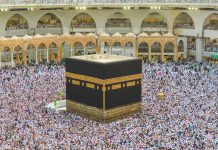