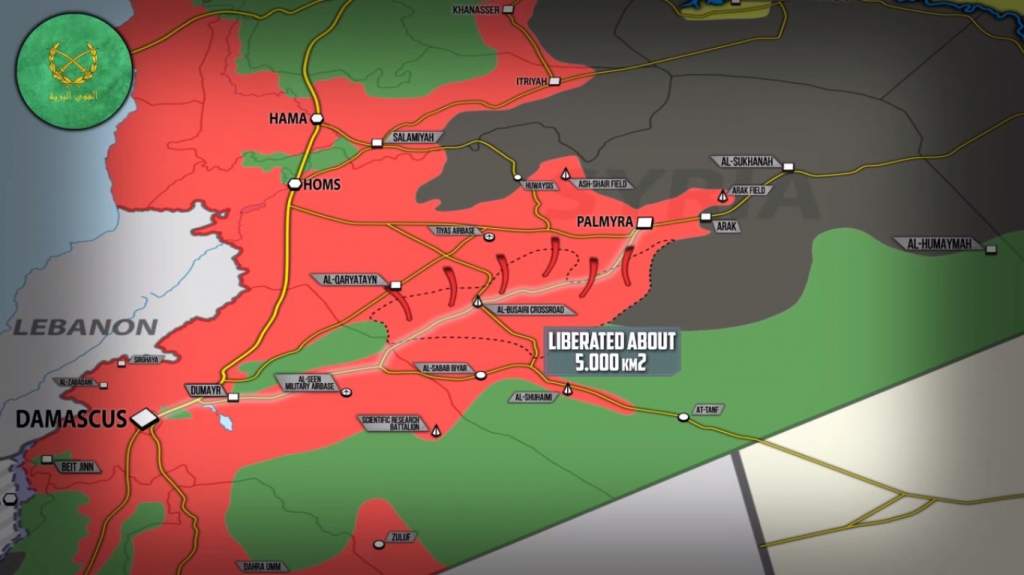 On Thursday, the Syrian Arab Army (SAA) and its allies announced start of the Operation “Grand Dawn” in eastern Syria. The aim of the operation is to expel militants from the eastern desert and to set a foothold for a push to Deir Ezzor. The declaration followed a major success of government forces in southeastern Homs where they had liberated about 5,000 km2 and got a full control over the Damascus-Palmyra highway.

ISIS deployed a force for a counter-attack but its formidable military convoy was fully destroyed by the Russian Aerospace Forces and the Syrian Air Force en route to the Zaza triangle area. Thus, the terrorist group defense lines just collapsed.

The government advance south of the Homs-Palmyra highway also allowed government forces to isolate Jaish al-Islam militants in eastern Qalamoun and to prevent their attempt to unite efforts with US-backed militant groups operating near the Syrian-Jordanian border.

The photo shows the howitzer deployed is a desert area, most likely somewhere in the countryside of Palmyra or north of Suweida. The presence of these weapon systems is another argument contributing to a success of pro-government forces in the area.

Summing up the recent developments, the Syrian-Iranian-Russian alliance have taken the initiative in its hands and now is aiming to achieve own strategic goals in eastern Syria, while the US-led coalition attempts to make some gains along the Jordanian and Iraqi borders and prepares for a storm of Raqqah.