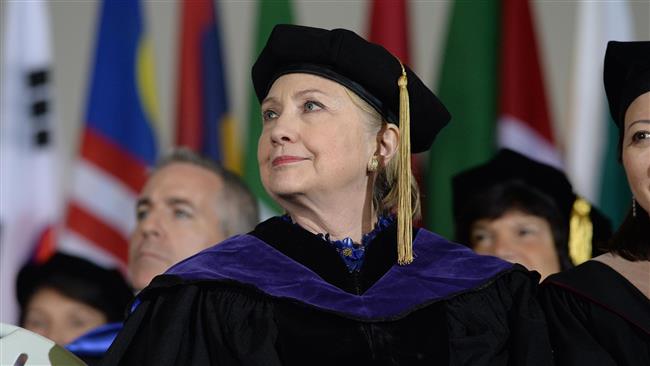 Editor’s note for readers who are either non US residents or live in the internet world: If the election were held today, Hillary would beat Trump by more than the 3 million she officially won the popular vote by.  Trump is in the 30s in popularity in the US with a huge, using his term, “hate his friggin’ guts” majority, according to all but Rasmussen polls.  Rassmussen is crap.

Clear as a bell, Trump is the candidate of Wall Street, the neocons and the police state.  People hate him.  He has surrounded himself with human trash, not just Sessions but he is digging up every kook and degenerate he can find.

And, despite impressions carefully crafted for those with little discernment, those who control the mainstream media, are working hand in hand with him.

Russia didn’t rig the election, Israel and the CIA did, and the “rigging” was not Wikileaks or Comey, it was, as Trump asserts, millions of flipped votes done with software loaded onto thumb drives and plugged into machines by Federalist Society, read “Nazi” election workers, who have been recruited over the past 25 years just for this purpose.

Their goal is a full police state and to destroy the shreds of credibility left to the US government.  We now finally have a President who may be as bad as congress.  How this will turn into impeachment, I don’t know.  I can think of other solutions but will hold off now for obvious reasons.

Former US Secretary of State Hillary Clinton says President Donald Trump’s decision to fire FBI chief James Comey amounts to “obstruction of justice” and will lead to his “impeachment.”

Speaking to graduates at her alma mater of Wellesely College on Friday, Clinton, Trump’s major rival in the 2016 presidential election, said Comey’s dismissal was a step towards authoritarianism.

“When people in power invent their own facts and attack those who question them, it can mark the beginning of the end of a free society,” she warned. “That is not hyperbole; it is what authoritarian regimes throughout history have done.”

She then drew a parallel between Trump and former US President Richard Nixon, wrongly claiming that the latter was impeached over the Watergate scandal. This is while Nixon resigned from office after firing a special prosecutor overseeing the case.

“We were furious about the past presidential election, of a man whose presidency would eventually end in disgrace with his impeachment for obstruction of justice, after firing the person running the investigation into him at the department of justice,” she said during the commencement speech.

The former FBI director has been blamed for Hillary’s loss. He has also been accused of plotting against President Trump.

Prior to the November 8 vote, Comey led a controversial probe into Clinton’s use of a personal server to exchange government emails while she was secretary of state.

After the election, he began investigating Trump’s alleged ties to Russia as well as a series of cyber attacks against Clinton’s campaign, which Democrats claimed were conducted by Russian hackers.

Various administration officials like Vice President Mike Pence have tried to downplay the decision and deny its ties with the Russia probe.

However, Trump himself admitted that the “Russian thing” was indeed one of the reasons he took the decision.

Ironically, Hillary’s own husband, former US President Bill Clinton, is one of the only two US heads of state to have ever been impeached.

In fact, Bill Clinton’s 1998 impeachment was based on two charges of perjury and “obstruction of justice,” the very same reason Hillary thinks Trump will be impeached for.

The charges against the then-president stemmed from his extramarital affair with former White House intern Monica Lewinsky.