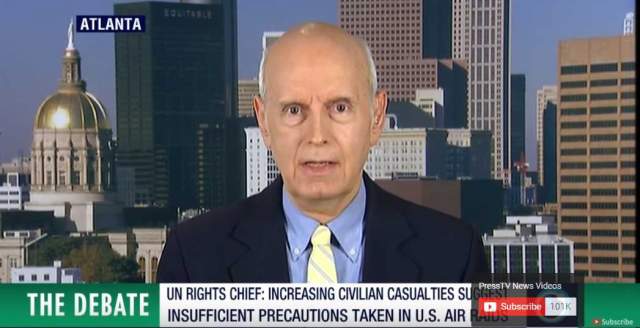 [ Note: The Syrian coalition strategy of the Astana4 safe zones freeing up enough combat troops to go on the offensive with ISIS appears to be working, and better than expected for the US coalition, as Damascus has announced that the biggest offensive now against ISIS will be in the Western desert to secure the Iraqi border.

It appears that both sides want to go into the political talks holding onto key Syrian assets to put them in a position of strength during the political talks; and control of the Syrian-Iraqi border seems to be the last major “to be determined” prize.

The US-Kurdish coalition will certainly take Raqqa, and I suspect be willing to trade it off, since it is historically an Arab city, in return for a Kurdish autonomous zone. NW Syria, including a good part of Idlib looks like it will be under Turkish control for some time.

The wild card is seeing if the Iraqi forces can capture Mosul fast enough, so the Army can be redeployed to crush smaller ISIS pockets in the central region of the country. And the next question would be, can the Popular Militia Forces (PMF) finish clearing their way to the Syria border and head south down to the Al-Bukamal crossing before the US and its militant group-of-the-day plants a flag to block the crossing?

That could escalate into a bigger shooting war, as the tea leaves are reading that Iran, Iraq and Syria want to form their own mini-NATO, anti-terrorism force that can roam across the border as needed to meet new threats, with Russia still providing air cover.

This is the last thing the US, Gulf States and Israel want to see – a well-armed, highly trained and experienced defense force that can handle jihadis like a marshmallow-roast party. It would be a template for others to follow, showing that regional coalitions are needed to defeat the Western proxy terrorism regime-change tool.

We saw, on Trump’s Saudi trip visit, the roll out of making Iran the new bogeyman-hoax once again, after the secret nuclear weapons hoax was destroyed in the P5+1 deal. We will be watching the Battle for the Border very closely to see that, if it does not go well for the US, will it send the armored division it has in Jordan into Damascus with NATO and Israeli air cover, claiming it to be an anti-terrorist operation. Someone out there thinks you really can just make it all up. His name is Donald… JD ]

In this episode of The Debate, Press TV has conducted an interview with Jim W. Dean, a managing editor and columnist of the Veterans Today, from Atlanta, and Michael Lane, the founder of the American Institute for Foreign Policy in Washington, to discuss the Syrian army’s latest advances in the battle against Daesh militants.

The US game plan in Syria had always been a hands-off, supportive role for militants & their regional backers. With more direct airstrikes, US interference is becoming much more explicit in Syria. It has recently attacked a Syrian convoy working towards liberating the country of foreign-backed militancy close to Jordan & Iraq borders & its airstrikes continue to kill countless innocents.

The UN has raised the alarm about civilian casualties, mainly at the hands of the US-led coalition, while others continue to call for America to respect Syria’s sovereignty.