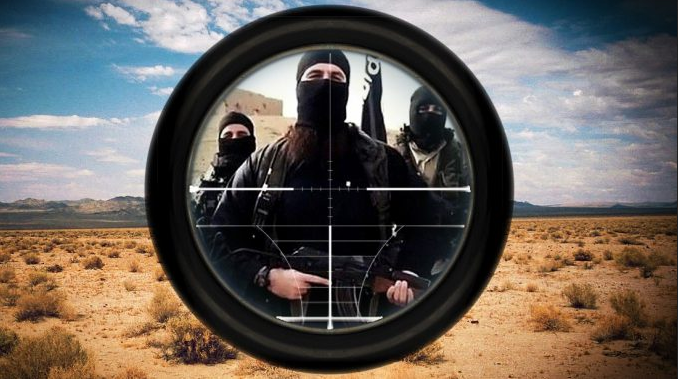 On May 26, the US-backed and formed of Kurdish and Arab units Syrian Democratic Forces (SDF) announced that they are ready to guarantee safety for ISIS terrorists if they leave Raqqa within the next few days, ARA News reported.

Besides, according to a source in the SDF command, who preferred to remain anonymous, the Kurds in cooperation with U.S forces are setting corridors to allow terrorists move towards Palmyra and other towns controlled by the Syrian government. Washington is attempting to lure terrorists and their families out of the city to get them eliminated with mass airstrikes either by the international coalition or Syrian troops with the assistance of the Russian AF, the source added.

Such incidents have already occurred. Today, an Iranian news agency MEHR reported that the Russian Air Force eliminated 32 pickup trucks mounted with high-caliber guns and more than 120 IS terrorists fleeing from Raqqa to Palmyra. Notably, a news website The Baghdad Post wrote on Thursday that terrorists had left a number of Raqqa neighborhoods for unknown reasons. Militants seem to have been trying to use the corridors set by the U.S. to leave for Palmyra when they were hit by Russian jets.

possible ways of ISIS running away

Regarding this, our experts believe that Washington has taken a perfect position concerning ISIS in Raqqa. On one hand, by shaping ‘safety corridors’ for terrorists and their families, the Americans want to show the world their ‘humanitarian mission’ in Syria, while on the other they push the militants out of the IS stronghold to doom them to death under the air bombs.

The Syrian Democratic Forces (SDF) in a statement extended their amnesty offer for ISIS fighters in Raqqa until the end of May.

“To all the militants affiliated to the ISIS and various armed groups in the city of Raqqa and its countryside. On 15 May 2017, the Syrian Democratic Forces issued an announcement providing protection to those who surrender with their weapons, whatever their position and mission is, to surrender within ten days,” the SDF said.

“Based on the demands of honorable people and in response to the decisions of the [Raqqa] Civil Council, and calls from community activities in the province and its countryside, the SDF’s Euphrates Wrath operations room decided to extend the period to the end of this month, May 31, 2017, in order to prevent bloodshed and save lives,” the Kurdish-led SDF said.

According to the US-backed SDF, the amnesty is aimed at protecting the social fabric in Raqqa province, by providing protection to those who have been forced to join ISIS ranks.

“We use this appeal to repeat our call to all the people of Raqqa province and the un-liberated areas, to stay away from ISIS headquarters for their safety,” the SDF concluded.

In an interview with ARA News, Nicholas A. Heras, Bacevich Fellow at the Center for a New American Security (CNAS), said that the SDF prefers to avoid urban combat in Raqqa city.

“The SDF would prefer to avoid vicious urban combat in Raqqa. By offering an amnesty before the battle for Raqqa begins, the SDF is seeking to reduce the number of active ISIS combatants in the city, which would degrade ISIS’ ability to defend all the areas of the city,” Heras told ARA News.

“As much as possible, the SDF wants local Syrian fighters that may have supported ISIS for material reasons, not for ideological reasons, to get out of the fight,” he concluded.

Press TV: Russian airstrikes have killed as many as 120 Daesh terrorists who were trying to flee the Takfiri outfit’s last stronghold of Raqqah in northern Syria for the ancient city of Palmyra in the central part of the Arab country, a Russian Defense Ministry source says.

On Saturday, Russia’s Sputnik news agency cited a source with the country’s Defense Ministry as saying that the development had taken place two days earlier.

“As a result of these strikes, 32 pick-up trucks were destroyed and some 120 terrorists were killed,” the source said.

Daesh seized Raqqah in 2014, the same year when it started its campaign of terror in Syria. It then proceeded to capture large swathes of Syrian territory.

Russia has been lending aerial support to the Syrian counterterrorism operations since last September. The combined push is also being reinforced by Lebanese resistance fighters and Iranian military advisors.

The terrorists’ turf has now dwindled to just Raqqah.

The Russian source said the Russian military had received reports that the terrorists had entered a deal with the so-called Syrian Democratic Forces (SDF), which has been fighting the Damascus government since 2011. In line with the agreement, the SDF would allow the Daesh terrorists leave the city, in spite of the concerted international endeavor aimed at limiting their presence to the city.

“Upon receiving this information, the command of the Russian contingent in Syria has taken measures to prevent the exodus of Daesh terrorists in the southern direction,” the source said. “Any attempts by Daesh militants to move toward Palmyra and to build up their forces there will be squashed.”